One dead and three injured in Fuerteventura road traffic accident 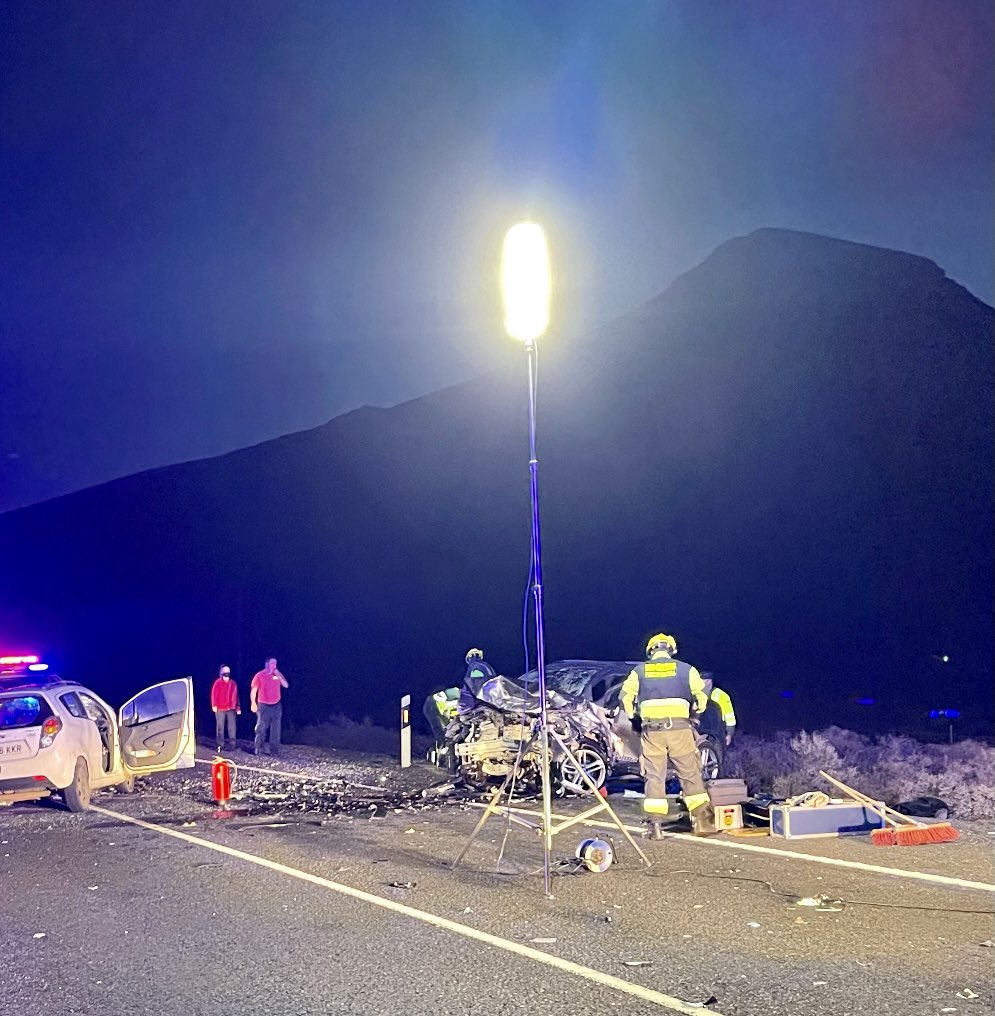 One person has been killed, and three seriously injured in a road traffic accident on the island of Fuerteventura.

Emergency services were called to Tuineje in the early hours of Saturday morning, after reports of two vehicles colliding on the FV-2.

Despite the actions of paramedics, one person was declared dead at the scene, whilst three others were taken to hospital for emergency treatment.