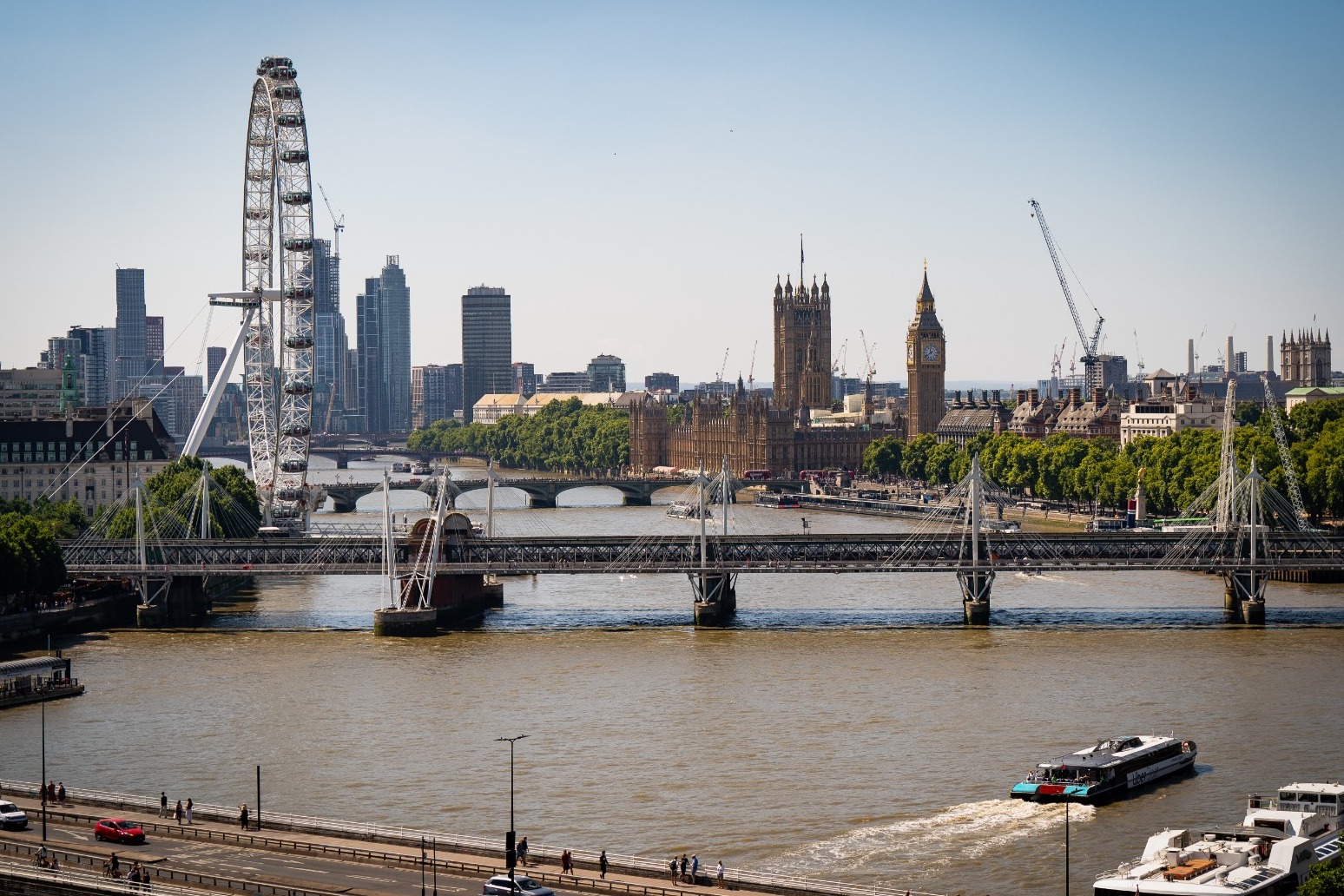 Almost a million children aged one to nine across London are to be offered a polio vaccine to try to prevent the spread of the virus.

Health officials warned there has been “some transmission” of the virus in the capital after detecting poliovirus in sewage samples.

Polio, which was officially eradicated in the UK in 2003, can cause paralysis in rare cases and can be life-threatening.

While there have been no confirmed cases, officials sounded the alarm over the rising number of samples found in sewage in London.

It was first detected at Beckton sewage treatment works earlier this year.

Officials said levels of the virus found in sewage and their “genetic diversity” suggests “some virus transmission in these boroughs”.

As a result officials are to launch a rapid vaccination programme among youngsters in London, where there are lower levels of uptake of the vaccine.

Vaccination rates in the capital are well below recommended levels and there is a risk that “under-vaccinated” children can pass the infection to others.

Youngsters can be responsible for “silent transmission” of polio, which means that they may have the virus but not show any symptoms.

Youngsters will be offered a jab within the next four weeks with officials hoping to vaccinate all those invited within six weeks.

Officials hope a rapid vaccination campaign will boost antibodies to a high degree which should interrupt transmission of the virus.

It is also hoped that the campaign will help prevent any potential cases of paralysis.

While it is normal for the virus to be picked up as isolated cases and not detected again, experts have raised the alarm after several genetically linked viruses were found in sewage samples since February.

Previously, the virus had been picked up when a person vaccinated overseas with the live oral polio vaccine (OPV) returned or travelled to the UK and briefly shed traces of the vaccine-like poliovirus in their faeces.

However, the virus in the recent samples had evolved in England and is now classified as a “vaccine-derived” poliovirus type 2 (VDPV2).

VDPV is a strain of the weakened poliovirus, that was initially included in the oral polio vaccine, which has changed over time and behaves more like the “wild” or naturally occurring virus.

This means it can be spread more easily to people who are unvaccinated and who come into contact with the faeces or coughs and sneezes of an infected person.

In total 116 samples have been found since February, the UKHSA said, although officials stressed this does not equate to 116 cases as they may have found samples from the same person on multiple occasions.

Officials said that “only a few” of these samples have been classified as VDPV.

A recommendation from the Joint Committee on Vaccination and Immunisation (JCVI) for the targeted vaccine campaign in the capital was accepted by Health Secretary Steve Barclay.

The NHS in London will contact parents when it their child’s turn to get the vaccine, with parents urged to take up the offer “as soon as possible”.

The programme will start in the areas where the virus has been detected in sewage and then be extended across all London boroughs.

Other countries, including the USA and Belgium, already offer an additional dose of the polio vaccine.

The virus has not yet been found outside London but officials are stepping up surveillance across the rest of the country.

The UKHSA said that nationally the overall risk of paralytic polio is considered “low”.

Dr Vanessa Saliba, consultant epidemiologist at UKHSA said: “No cases of polio have been reported and for the majority of the population, who are fully vaccinated, the risk is low.

“But we know the areas in London where the poliovirus is being transmitted have some of the lowest vaccination rates.

“This is why the virus is spreading in these communities and puts those residents not fully vaccinated at greater risk.

“Polio is a serious infection that can cause paralysis but nationally the overall risk is considered low because most people are protected by vaccination.

“The last case of polio in the UK was in 1984, but decades ago before we introduced the polio vaccination programme around 8,000 people would develop paralysis every year.

“It is vital parents ensure their children are fully vaccinated for their age.

“Following JCVI advice all children aged one to nine years in London need to have a dose of polio vaccine now – whether it’s an extra booster dose or just to catch up with their routine vaccinations.

“It will ensure a high level of protection from paralysis. This may also help stop the virus spreading further.”

Jane Clegg, chief nurse for the NHS in London, added: “While the majority of Londoners are protected from polio, the NHS will shortly be contacting parents of eligible children aged one to nine years old to offer them a top-up dose to ensure they have maximum protection from the virus.

“We are already reaching out to parents and carers of children who aren’t up to date with their routine vaccinations, who can book a catch-up appointment with their GP surgery now and for anyone not sure of their child’s vaccination status, they can check their Red Book.”

Health and Social Care Secretary Steve Barclay said: “I recognise parents and guardians will be concerned about the detection of polio in London, however, I want to reassure people that nobody has been diagnosed with the virus and the risk to the wider population is low.

“On the advice of the independent JCVI, the NHS will now offer all children aged one to nine across the capital a polio vaccine booster dose, starting with the most impacted boroughs, so we can ensure they have the best possible protection and we reduce the chances of transmission.

“We know many countries, including Belgium and Portugal, offer an additional dose as part of their childhood vaccination programme, and the JCVI has considered international data on safety and effectiveness in forming their recommendation, which I have accepted.”

Meanwhile, the UKHSA said that it is working with health agencies in New York and Israel is investigate whether there are links between “polio incidents” in these countries.

Officials in New York announced they had a confirmed case of paralytic polio in an unvaccinated person in July.

And global health officials have now confirmed the case is “genetically linked” to the samples from sewage detected both in London and Jerusalem.

All these vaccines need to have been given for a person to be fully vaccinated, though babies who have had two or three doses will have substantial protection.

Latest figures show that by the age of two in the UK, almost 95% of children have had the correct number of doses. However, this drops to just under 86.6% in London.

When it comes to the pre-school booster, just 71% of children in London have had it by the age of five.

Most people who get polio do not have symptoms but some suffer mild, flu-like issues such as a high temperature, extreme tiredness, headaches, vomiting, a stiff neck and muscle pain.

In one in 100 to one in 1,000 infections, the polio virus attacks the nerves in the spine and base of the brain.

This can cause paralysis, usually in the legs, that develops over hours or days. If the breathing muscles are affected, polio can be life-threatening.

The last case of natural polio infection acquired in the UK was in 1984.