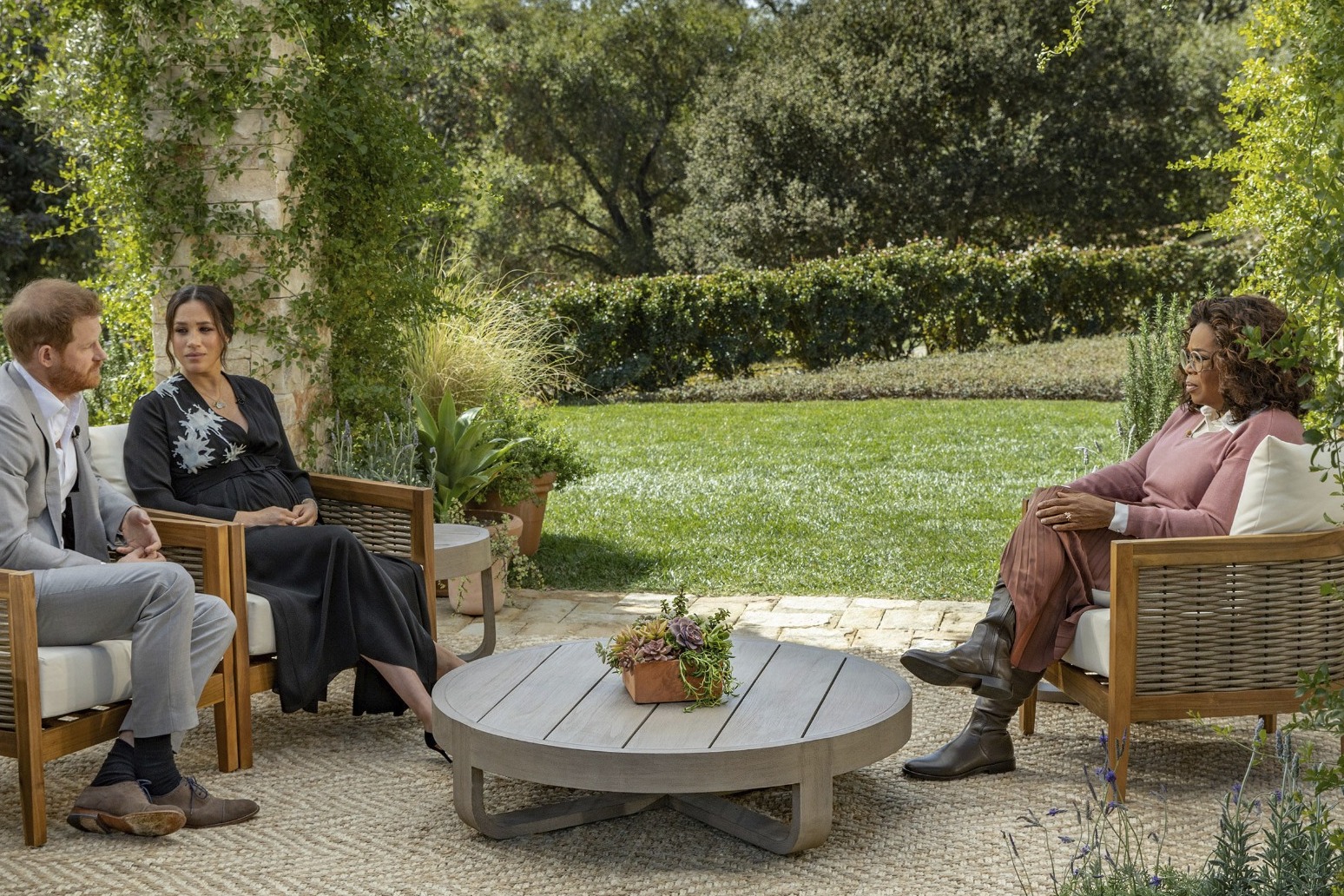 Oprah Winfrey says she hopes the Queen’s death will allow the royal family to come together and provide “an opportunity for peacemaking”.

The US talk show host sat down with the Duke and Duchess of Sussex in 2021 for a widely publicised and explosive interview.

Winfrey made the remarks while attending the 2022 Toronto Film Festival, during which she was asked about the recent reunion of Harry and Meghan with the Prince and Princess of Wales.

“My father passed recently, this summer,” she told US outlet Extra.

“When all families come together for a common ceremony, the ritual of, you know, burying your dead, there’s an opportunity for peacemaking.

“And hopefully, there will be that.”

The presenter faced backlash on social media over the remarks, with some questioning why she had chosen to bring up previous tensions.

Winfrey’s bombshell interview in March 2021 saw Meghan reveal she felt suicidal at the height of her crisis in the monarchy.

Harry and Oprah later reunited in May 2021 for an Apple TV series entitled The Me You Can’t See: A Path Forward, which explored issues of mental health.

In the series, Harry lambasted his father’s parenting skills and criticised him for expecting his sons to endure the pressures of royal life,

He also accused his family of “total neglect” when Meghan faced harassment on social media.