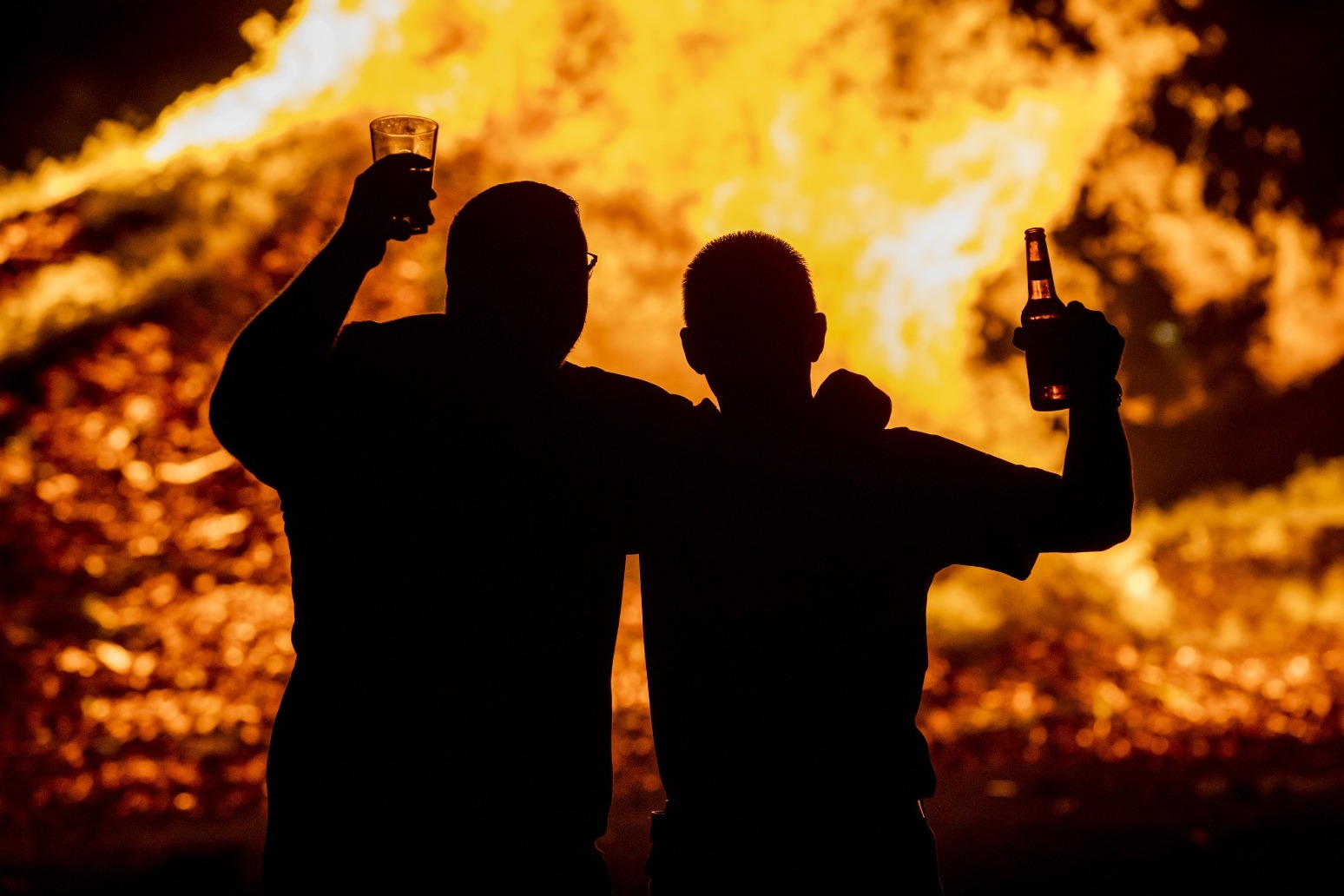 Hundreds of parades will take place across Northern Ireland today as Protestant loyal orders celebrate the Twelfth of July.

On Monday night, around 250 bonfires were lit in loyalist communities across the region to usher in the main date in the parading calendar.

Police said they were gathering evidence after receiving a number of complaints about election posters and effigies being placed on bonfires.

The Twelfth parades, which are organised by the Orange Order, commemorate the Battle of the Boyne in 1690.

The battle, which unfolded at the Boyne river north of Dublin, saw Protestant King William of Orange defeat Catholic King James II to secure a Protestant line of succession to the British Crown.

Thousands of Orange lodge members parade through the summer months to mark William’s victory and other key dates in Protestant/unionist/loyalist culture.

Those celebrations culminate on the Twelfth – the anniversary of the Boyne encounter.

The routes of certain Orange parades became intense friction points during the Troubles, often leading to widespread rioting and violence.

The disputes usually centred on whether or not Orange lodges should be entitled to parade through nationalist areas.

While Orangemen insisted they had the right to parade on public roads following long-established traditional routes, nationalist residents protested at what they characterised as displays of sectarian triumphalism passing through their neighbourhoods.

The number of flashpoints has reduced significantly in the peace process years.

The build up to this year’s Twelfth has been low key and lacking the levels of tension and rancour associated with previous years.

On July 12, there will be 573 loyal order parades. Of these, 33 follow routes that are deemed to be sensitive.

The Police Service of Northern Ireland (PSNI) plan on the Twelfth being their busiest and most resource-intensive day of the year.

There will be 2,500 police officers on duty on the Twelfth, which is around a third of the strength of the PSNI.