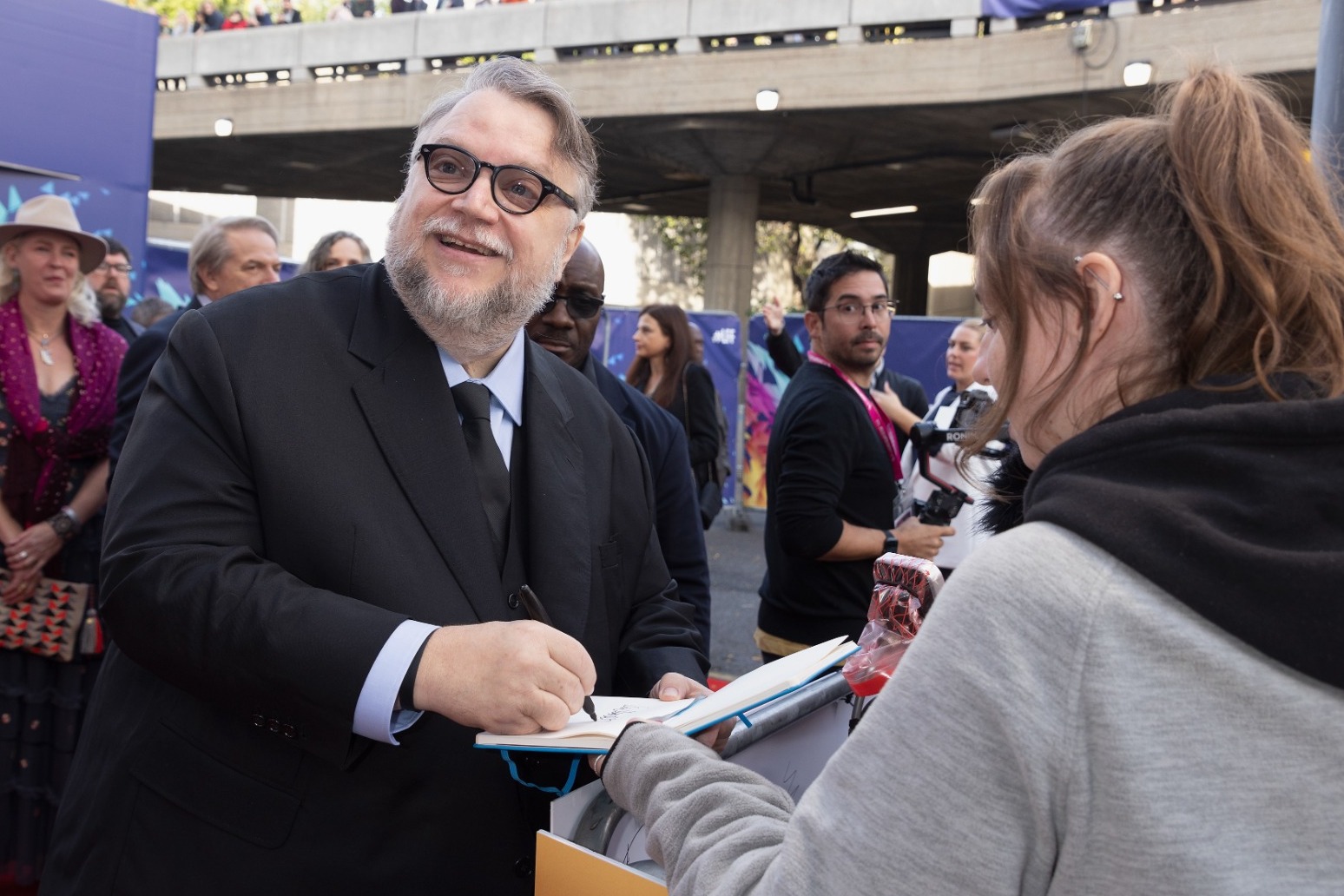 Academy-award winning director Guillermo del Toro said he has wanted to make his latest film Pinocchio since he was a child because he identifies “very strongly” with the character.

His stop-motion musical animation based on Carlo Collodi’s tale follows the journey of a wooden boy magically brought to life by a puppet-maker’s wish.

The film, set during the rise of fascism in Mussolini’s Italy, stars newcomer Gregory Mann in the title role alongside Star Wars actor Ewan McGregor as Sebastian J Cricket.

Arriving at the film’s world premiere at the BFI London Film Festival, del Toro told the PA news agency: “I identify very strongly with two characters in literature: the creature of Frankenstein and Pinocchio.

“I wanted to make it since I was a kid and this particular incarnation has been with me for about 15 years.

“I wrote it for Tilda (Swinton), I wrote it David Bradley etc and occasionally, life has blessed me to work with people like Cate, meet people like Christoph, and find someone like Gregory, who played Pinocchio. That is more serendipity.

“I am as happy as I can be of any movies – for me, one of my top three favourites.”

The project marks del Toro’s animated feature film directing debut and is his first feature film since The Shape Of Water, which garnered four Academy Awards in 2017, including best director and best picture.

The acclaimed director, screenwriter and producer is known for his distinctive style, combining a fascination with fantasy and the supernatural with blockbuster success.

He said: “I think the idea is that Pinocchio is one of 10 or 12 characters in literature that can be transformed by who tells the story and what is told to the story.

“You can put it in space, the future, and make it a metaphor for politics, about family, so it’s incredibly malleable.

“This is why I wanted to call it Guillermo del Toro’s Pinocchio because what it has that is unique – is me.”

Waltz, who plays Count Volpe in the upcoming animation, told PA: “Guillermo has got an angle, he’s got a very specific angle and I like him as a person. So why not play together?

“You always have restrictions, whether it’s a sound studio or a big film studio, there will always be certain things that would throw you.

“We understand each other, I think I know what he’s after, so I can contribute, it makes me happy.”

Mann, who stars at Pinocchio, told PA that being at the world premiere of the film on his 13th birthday was “the most incredible day” of his life.

Speaking about working with del Toro, he added: “Working with Guillermo, it was incredible.

“The way he does stuff, I find it incredible. He gave me the right techniques to look at a line in a different way and and truly gives the best energy that Pinocchio would want.

“For the singing parts, obviously at some points I have to go very high pitch, so two times a week for about two months, I had to train my voice with a voice coach in the Palladium.”

The film will be released on Netflix in the UK on December 9.