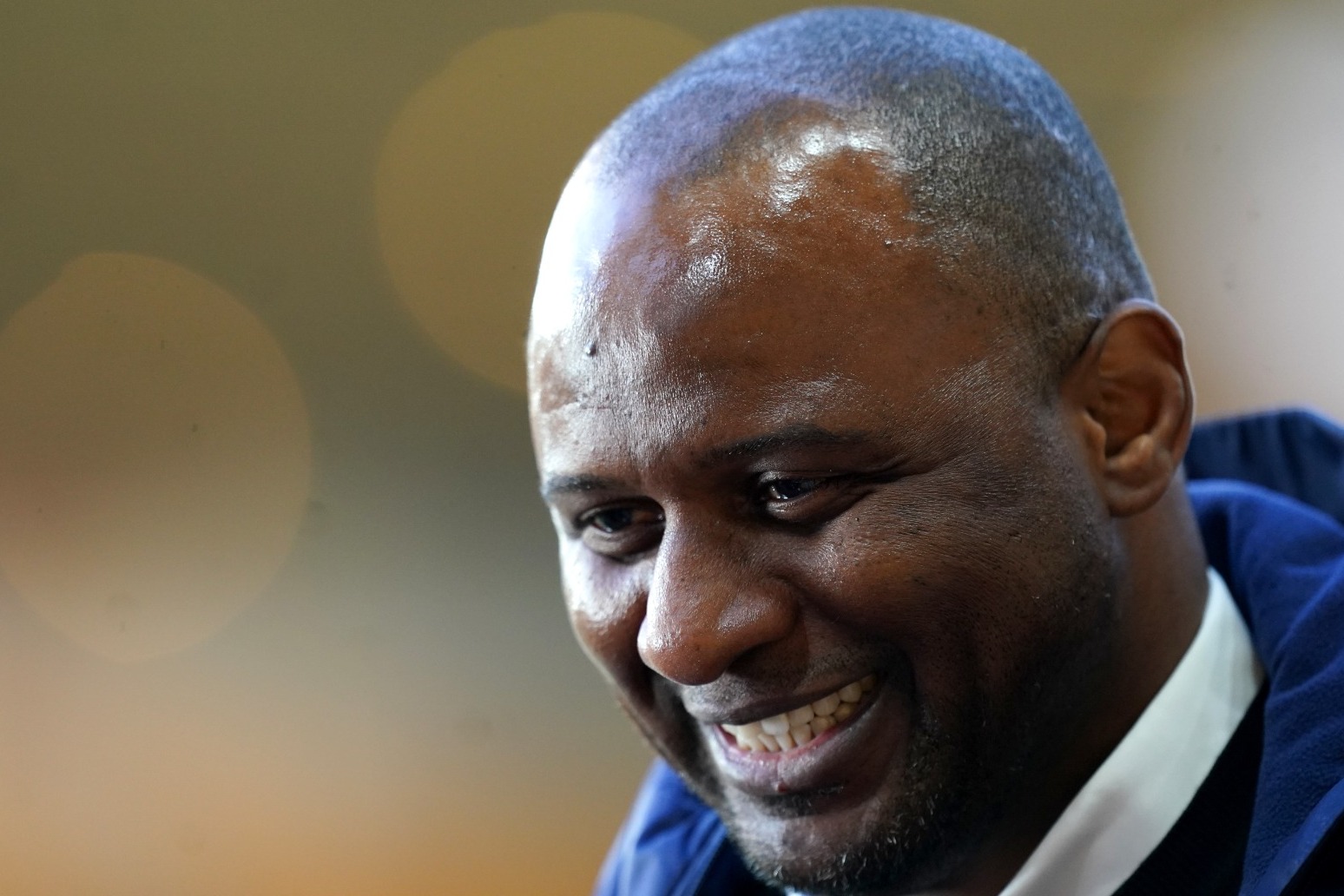 Vieira’s biggest job ahead of the window closing on Thursday looked set to be fending off reported interest in star man Wilfried Zaha from Chelsea and Arsenal.

But, after Zaha opened the scoring with a stunning goal in Tuesday’s 1-1 Premier League draw with Brentford, the Eagles boss insisted there have been no approaches for the forward and that he is not contemplating selling.

Vieira is instead focused on possible incomings, with former Palace pair Gallagher and Wan-Bissaka among those linked with the club.

“We will need to do some, yes,” replied Vieira, when asked about transfer business.

“We need more players, more competition, more options, we need different profile of players and we will try to do it.

“I know that we are doing our best. If we find a player that we want, we will see if we can make it happen.”

Chelsea midfielder Gallagher starred on loan in south London last term, while Palace academy graduate Wan-Bissaka is seeking to kick-start his stalled career after falling out of favour at Manchester United.

“I don’t want to talk about Conor; Conor is a Chelsea player,” said Vieira.

“Until Chelsea say otherwise, there is no point to mention his name because he came here, he spent a year and he did fantastically well and today he is a Chelsea player.”

Asked about Wan-Bissaka, he added: “You can give me 100 names and it will be always be the same answer.”

Palace were on course for victory against Brentford following Zaha’s fine 59th-minute strike but substitute Yoane Wissa earned the visitors a point with a late header.

Matters could have been compounded for the Eagles as Rico Henry squandered a golden chance for a winner before his fellow Bees defender Ben Mee headed against the crossbar.

Brentford boss Thomas Frank would “love” director of football Phil Giles to pull a rabbit out of the hat before the transfer deadline but revealed his club are “not chasing anything”.

“I’m sitting there at home and just waiting for that rabbit,” joked the Dane.

“We have a good and strong squad, I’m happy with the squad. I would love a rabbit but if we don’t find that player then I would rather wait.

“We’re not chasing anything.”

The Bees have now scored late equalisers to earn draws in three of their five top-flight matches, with the 4-0 thrashing of Manchester United their sole victory.

“From my health perspective, I think the Man United game is a little bit more healthy (than being reliant on late goals) but it’s very difficult in the Premier League,” said Frank.

“We know we need to work so unbelievably hard to get every point we can.”