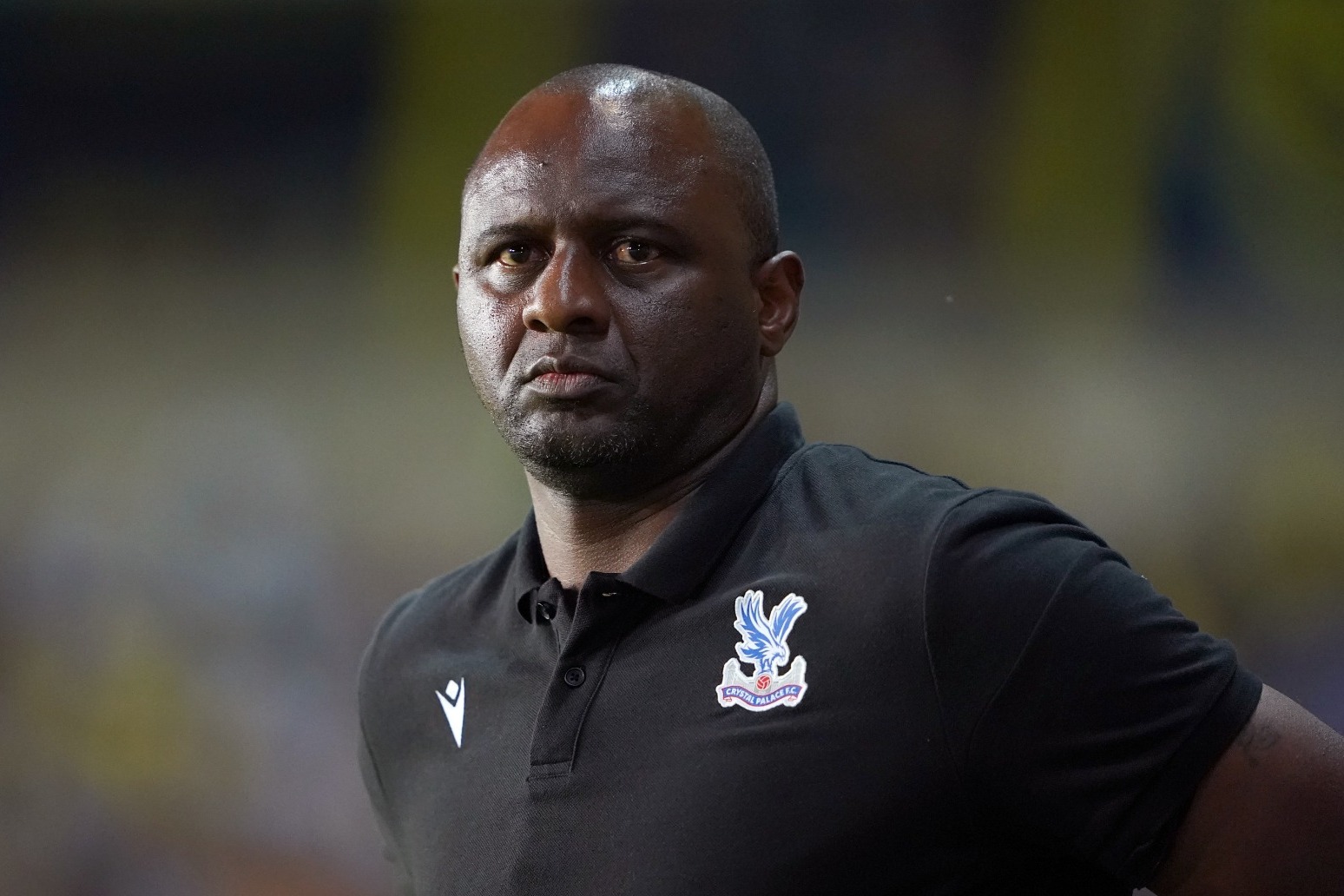 The FA’s second annual report on the Football Leadership Diversity Code showed clubs did not achieve the organisation’s pledged percentage of senior management hires for both female and black, Asian and mixed heritage candidates.

Vieira, the only black manager in the Premier League, hoped Friday’s findings would lead to more concerted action.

“Yeah, I saw the FA communication and what they are trying to do and what is their target,” he said.

“I would like them to be a little bit more ambitious on that side because I don’t think that the numbers that they wanted to achieve are high enough.”

Just 10.3 per cent of the candidates hired for senior leadership roles at clubs came from black, Asian or mixed heritage background, well below the 15 per cent target.

All Premier League teams and 32 English Football League clubs have signed up to the code, which was introduced in 2020 to increase equality of opportunity and encourage recruitment of diverse talent across senior leadership teams, team operations and coaching set-ups.

While the FA, Premier League and EFL produced strong results and exceeded in seven of the eight targets for the 2021-22 campaign, the lack of those in top jobs was still glaring.

Vieira has in recent weeks pointed to the absence of people from ethnic backgrounds in those positions, highlighting the imbalance between who is on the pitch and those with decision-making roles.

Asked if he had any plans to help influence more progress, Vieira, now in his second season at Palace, said: “I think the best way is to use the voice I have at the moment and to talk about it.

“The positive aspect about it in this country is that there is a conversation. People are talking about it.

“So now the next level, I believe, is to be more ambitious than the report that has been put in place by the FA and something has to be done.”

Mark Bullingham, the FA’s chief executive, admitted in light of the findings that “there is still a huge amount of work to be done across the game”.

Premier League chief executive Richard Masters added: “We are pleased to be making progress but there is still much more to be done to ensure there are opportunities at all levels of the workforce – this remains a priority for us.”

The 13th-placed Eagles are going for a third consecutive home victory and the fourth of their 2022/23 campaign when they host Southampton on Saturday.

They are looking to bounce back from a 3-0 defeat to Everton, while the 16th-placed Saints split the points with Premier League leaders Arsenal on their last outing.

“It’s not just about the draw it’s about the way they perform as well,” said Vieira.

“I think they had a really good game and when you pay well you always build this confidence, and we know the team that we are going to face. Like I’ve always said, every game brings its own challenges and we have to be ready for those challenges.”

Vieira, whose side next travel to West Ham and Nottingham Forest, agreed playing at home could give Palace the boost they need to secure another three points on Saturday.

He said: “This is why we want to bounce back from our performance against Everton. We want to perform well like we did in the last couple of home games that we played at home. Again, the support that we will receive from the fans will be fantastic and we have to match that level we always have when we play at home.”