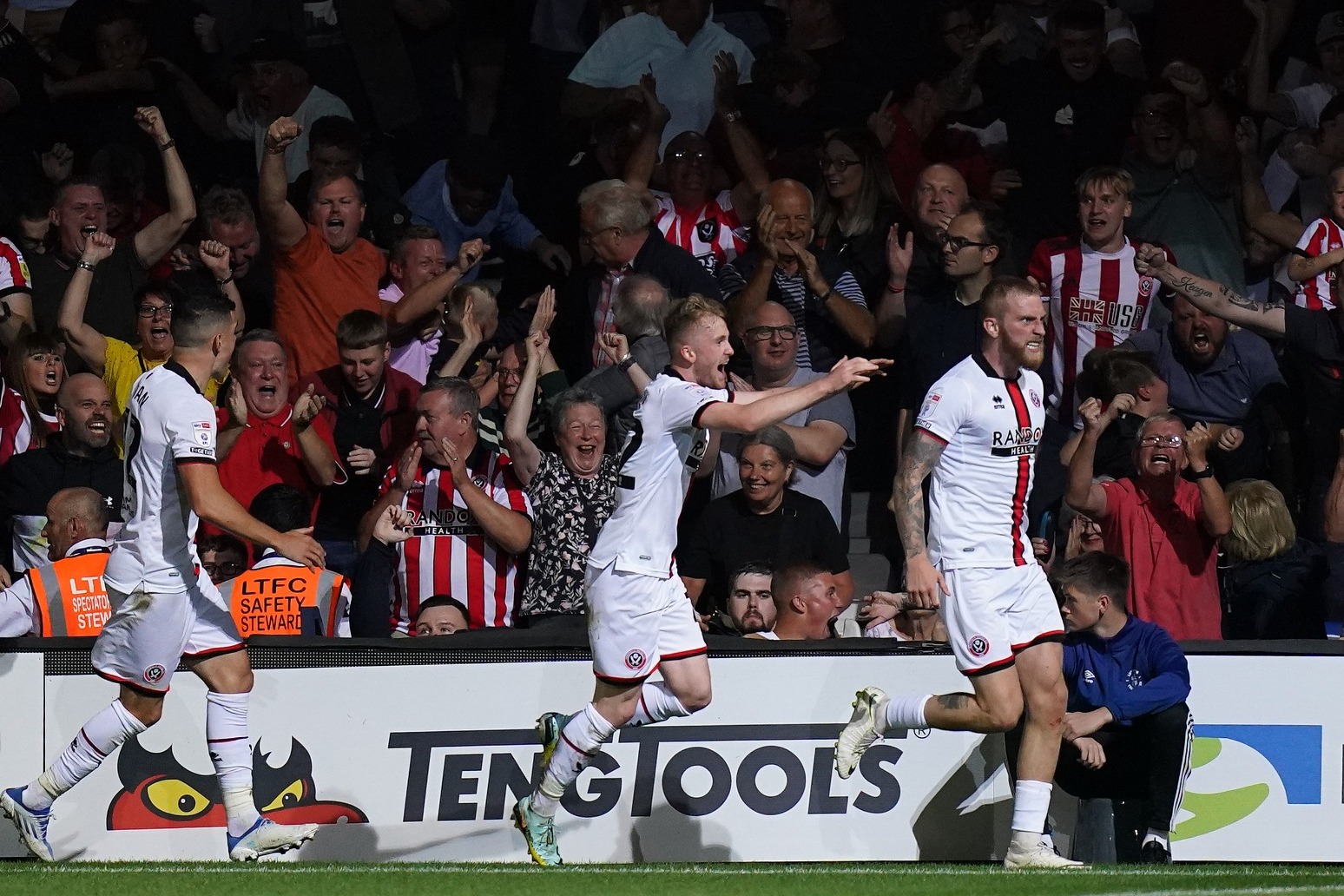 The 26-year-old volleyed home from close range with eight minutes gone in the second half, scoring for the first time in a league fixture since December 2020.

Heckingbottom said: “I’m delighted by his goal. It can’t just happen, you can’t just go on the pitch and perform if you don’t prepare right, if you don’t live right. You can’t, it’s just too tough a league.

“I know what he’s capable of, I know he’s capable of more, and I’ll be pushing him until he gets to the level or he can’t do it, because otherwise I’m doing him an injustice and I’m not doing my job properly.

“I’m pleased for him and delighted because he’s worked hard.”

On the result, Heckingbottom added: “I’m disappointed we didn’t win. Full credit to Luton, we knew it was going to be tough and I’ve just watched a few of the things back and everywhere we knew they’d be a threat, that’s what caused us the problems.

“But then flip that the other way, when we passed the ball we looked a good side and we really stepped against them in the second half. I thought we were the team that was going to go on and win it.

“You look back and it’s a good point here, especially from being behind.”

It was the Hatters who struck first, as Carlton Morris made it two goals in two games with a terrific glancing header from Amari’i Bell’s cross after 10 minutes.

“They’re a top side, have really good players for the level, they’re outstanding. I’m not talking about budgets or anything, I’m talking about players they’ve got.

“But I thought we were brilliant, I really did. We go toe-to-toe, we were aggressive against them, I thought first half we were outstanding. But for a seven-minute period after half-time, I thought we deserved to win the game.

“Even then, when we were rocked and had that disappointment, we came back, put balls in their box and they had to defend for their lives tonight not to concede a second.

“I thought our front two were superb tonight too, as that’s a good back three. I’m proud of my team for that.

“We’re really disappointed with the goal as there’s an offside in the build-up, which is poor – really, really poor – but that’s what happens.”