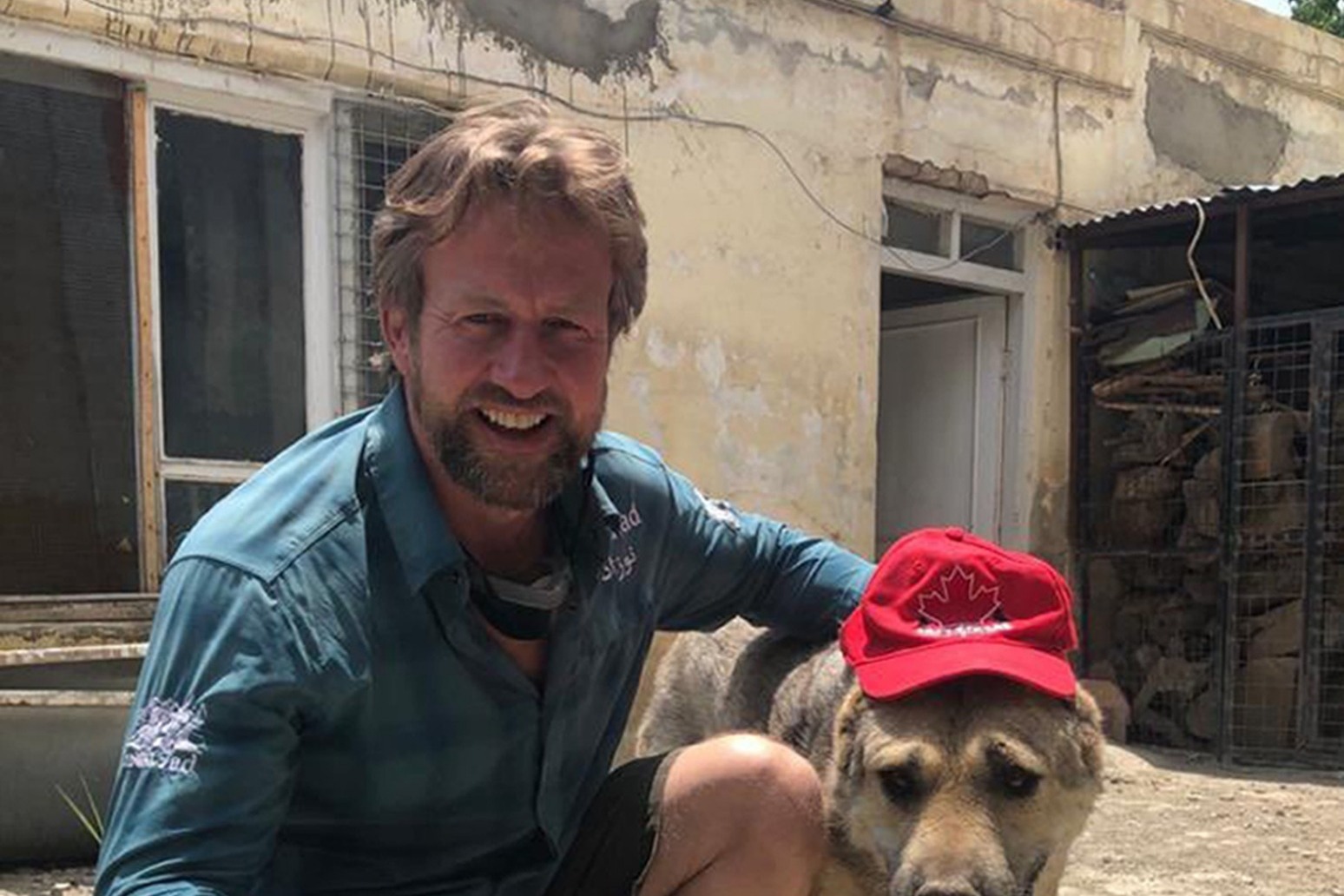 A former Royal Marine who founded an animal shelter in Kabul left an expletive-laden message for a Government aide as he sought to place his staff and pets on a flight out of Afghanistan, according to reports.

The Times newspaper said it had obtained a leaked audio recording of Paul “Pen” Farthing berating Peter Quentin, a special adviser to defence secretary Ben Wallace, who he accused of “blocking” efforts to arrange a flight.

Mr Farthing’s campaign to get workers and animals from the Nowzad shelter out of Afghanistan has caused controversy in recent days, after receiving a huge amount of public support.

Although visas were granted for his 24 staff and their dependents, Mr Farthing refused to leave without his pets and aimed to get 200 dogs and cats out of the country.

On Friday, the Ministry of Defence (MoD) announced that the ex-marine and his animals were at Kabul airport and clearance for their charter flight had been sponsored by the UK Government.

In the recorded message, reportedly sent on Monday, Mr Farthing threatened to “destroy” Mr Quentin on social media if he did not help arrange the evacuation.

He said: “I just found out that is you blocking me getting this flight out of Afghanistan for my staff and the animals. So here’s the deal buddy. You either get me that f****** Isaf number and you get me permission to get on to that f****** airfield, or tomorrow morning I’m going to turn on you and the whole f****** country, and everybody else who’s invested in this rescue, is going to know it’s you, you, blocking this f****** move. Alright?”.

Mr Farthing demanded paperwork saying his staff had been “approved”, otherwise he was “going to spend the rest of my time f****** destroying you on social media and every other f****** platform I can find”.

He said he had served for 22 years in the Royal Marines and he was “not taking this bollocks from people like you who are blocking me”.

Mr Farthing insisted that he was “taking people out of this country and others on a privately funded plane”.

His “Operation Ark” campaign became hugely successful on social media, but Mr Wallace complained it was distracting those focusing on evacuating the most vulnerable.

Mr Farthing’s friend and supporter Dominic Dyer told the PA news agency: “Peter Quentin is a political adviser working in the shadows of the MoD under the command of Ben Wallace.

“I believe he was instrumental in seeking to undermine support for Operation Ark across Whitehall despite this being a privately funded humanitarian mission with huge public and political support.

“Pen Farthing who was risking his life in Kabul to get his people and animals to Britain was completely justified in holding Mr Quentin to account for his actions and I think it’s time Ben Wallace came clean on how this rogue advisor attempted to delay flight authorisation for operation arc into Kabul.”