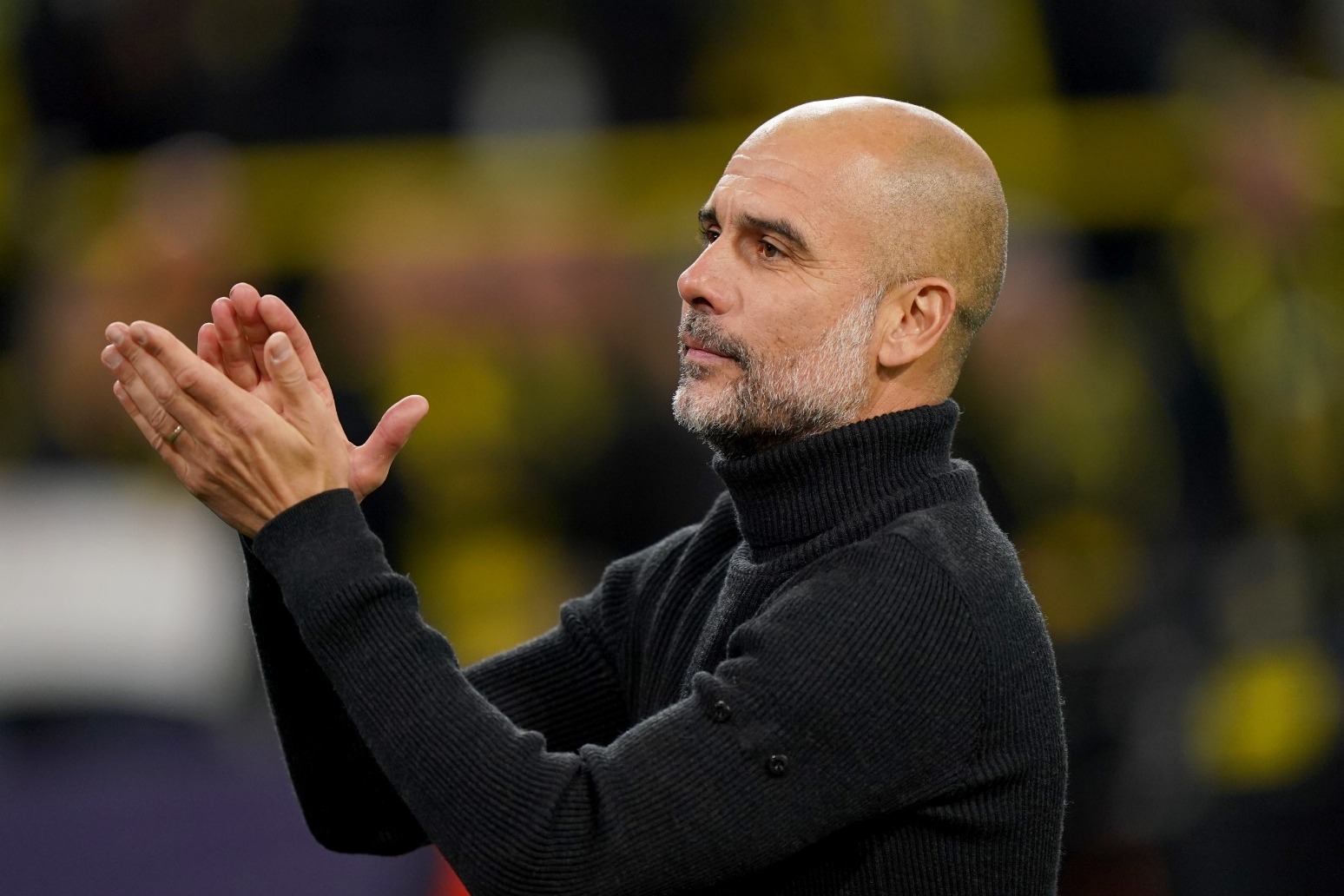 Pep Guardiola feels he is unlikely to find a better club to manage than Manchester City.

The inspirational Catalan is in the final year of his contract as City boss and has consistently brushed off questions over whether he might extend his stay at the Etihad Stadium.

Yet the 51-year-old was similarly relaxed about both of his previous two renewals and he maintains a decision will be made when the time is right.

Guardiola has won nine major trophies, including four Premier League titles, since taking over at City in 2016.

By the end of the season he will have been in charge at City for as long as he was at Barcelona and Bayern Munich combined.

He said: “(Would I) stay in another place for seven years? No, I don’t think so. It is difficult to find what I have here as a manager.

“To be a manager for a long time you need to be so supported. The results help a lot, that is undeniable. In this world they sack you, they fire you, we know that.

“But, at big clubs, part of the success of the manager is the chairman, the sporting director especially, the CEOs and all the people here.

“It goes to the media, fans and players. There is stability. This is why I think only in few clubs this can happen.”

The upcoming pause in domestic football offers a potential opportunity for Guardiola to meet with the club and discuss his future beyond the end of the campaign.

Whether or not that will happen remains unclear, with Guardiola typically guarded when speaking at a press conference on Friday.

“I’ve said many times, I don’t talk about that,” he said. “Everything is under control, it’s perfect, the decision will be made together with the club the moment it has to be made.

“When we have time, when the moment we feel it both sides, we take a decision.”

Guardiola insists the possibility of winning more trophies would not be his prime reason for wanting to stay longer.

“It’s not about achievements after six or seven years, it’s seeing you are comfortable being here.”

Guardiola’s deep affection for the club and its fans was evident in his jubilant celebrations after City claimed a last-gasp winner against Fulham in the Premier League last weekend.

“It was a special moment,” said Guardiola, whose side host Brentford on Saturday. “It was 10 against 11 and we scored in the last minute and people were there, they never went home. They went home (in years) before.

“There are moments during the season, special games, when you have to share it. To see the faces of the people is a privilege.

“We’ve lived very good things in this period and, whatever happens, (there are) incredible moments of my life that I’ve seen here.”