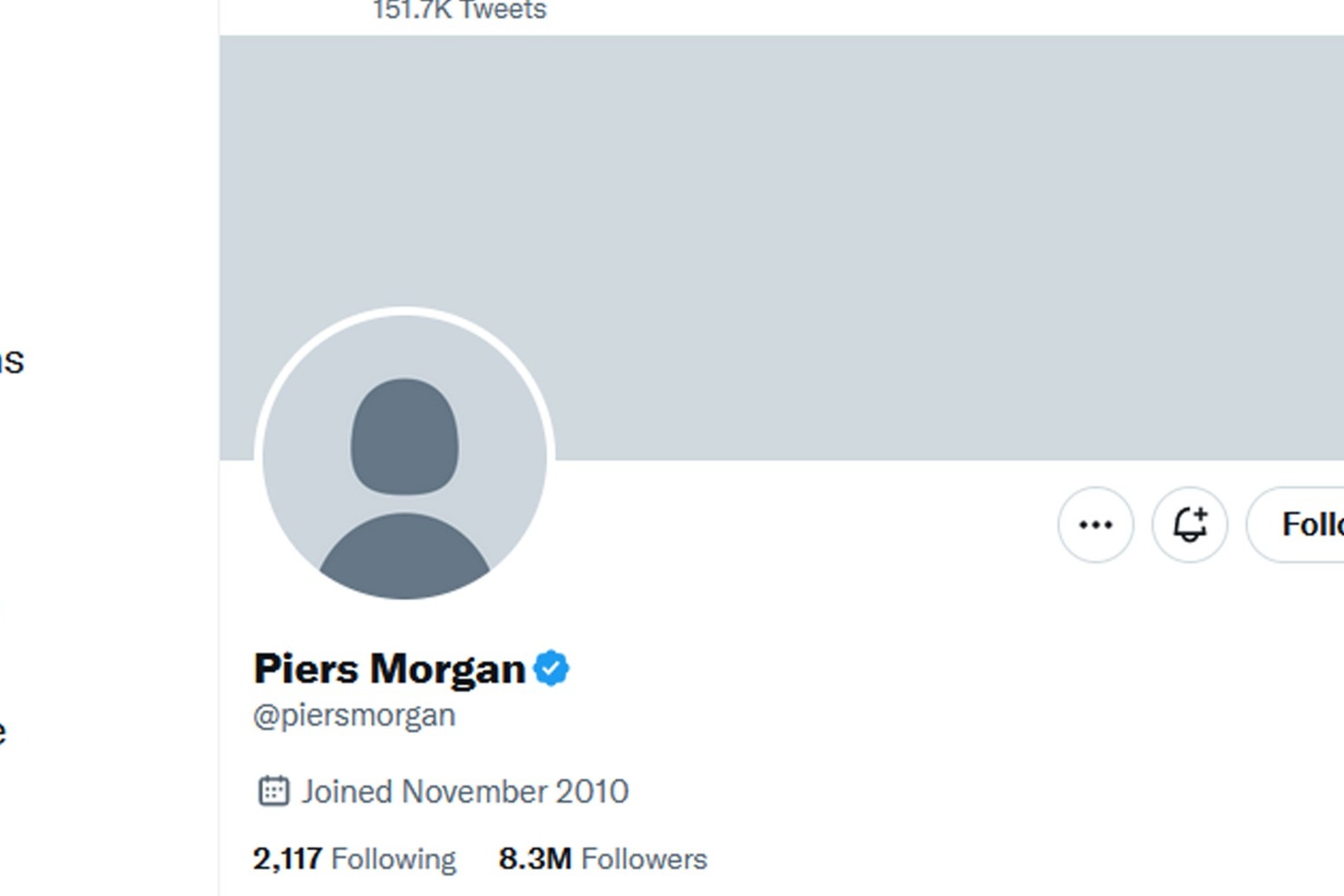 The former Good Morning Britain (GMB) presenter, 57, who has 8.3 million followers on the social media site, had no profile picture, banner image or posts on Tuesday morning.

The presenter, who recently joined TalkTV as the host of its Uncensored show after quitting GMB, has not publicly addressed the hack.

However, his programme’s official account tweeted: “In case you were wondering, @piersmorgan has been hacked.

“Any chance of getting him back, @elonmusk?”

He is a regular user of the platform, using it to voice his opinions on topics ranging from Cristiano Ronaldo’s status among the best footballers of all time to the Duke and Duchess of Sussex and their Netflix series.

Earlier this month, the Metropolitan Police said no further action would be taken against a man suspected of sending death threats to Morgan and his family online.

On Twitter, Morgan complained there is a “big problem with how big tech operates its safety procedures”.

It comes after the account of Education Secretary Gillian Keegan appeared to be hacked on Christmas Day.

Her account replied to a number of tweets with links to websites advertising cryptocurrencies such as Bitcoin.