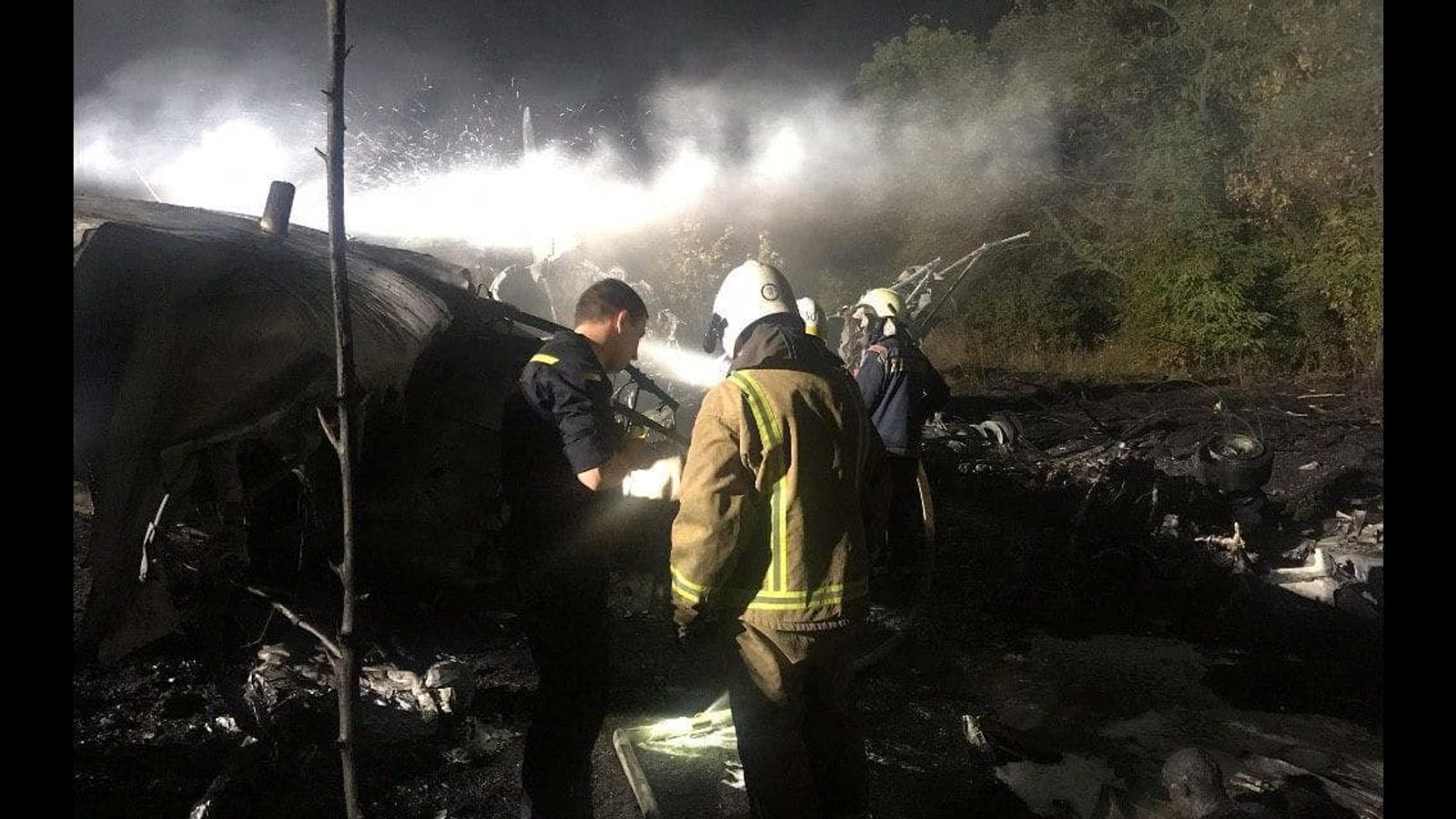 A military transport plane carrying students from an aviation school has crashed in northeastern Ukraine, killing at least 22 people on board, officials have said.

The Antonov An-26 had been trying to land during a training exercise when it burst into flames just a mile short of a military airport on Friday evening.

General Staff of the Armed Forces Ruslan Khomchak said that, as well as those killed, at least two people were critically injured.

A total of 27 people were on the plane, according to the State Emergency Service of Ukraine.

Most of those on board were students from the Kharkiv University of Air Force, which is run by the country’s defence ministry.

The cause of the crash is being investigated but one pilot reported the failure of one of the plane’s two engines, according to Oleksiy Kucher, the governor of the Kharkiv region.

He told Interfax Ukraine this would not have been a critical situation for an experienced pilot.

Some of those on board managed to jump out of the plane as it flew at low altitude, he added, something confirmed by a witness on the Ukraine 24 news channel.

President Volodymyr Zelenskiy will visit the scene on Saturday.

Even scientists can't agree on how society should fight COVID-19