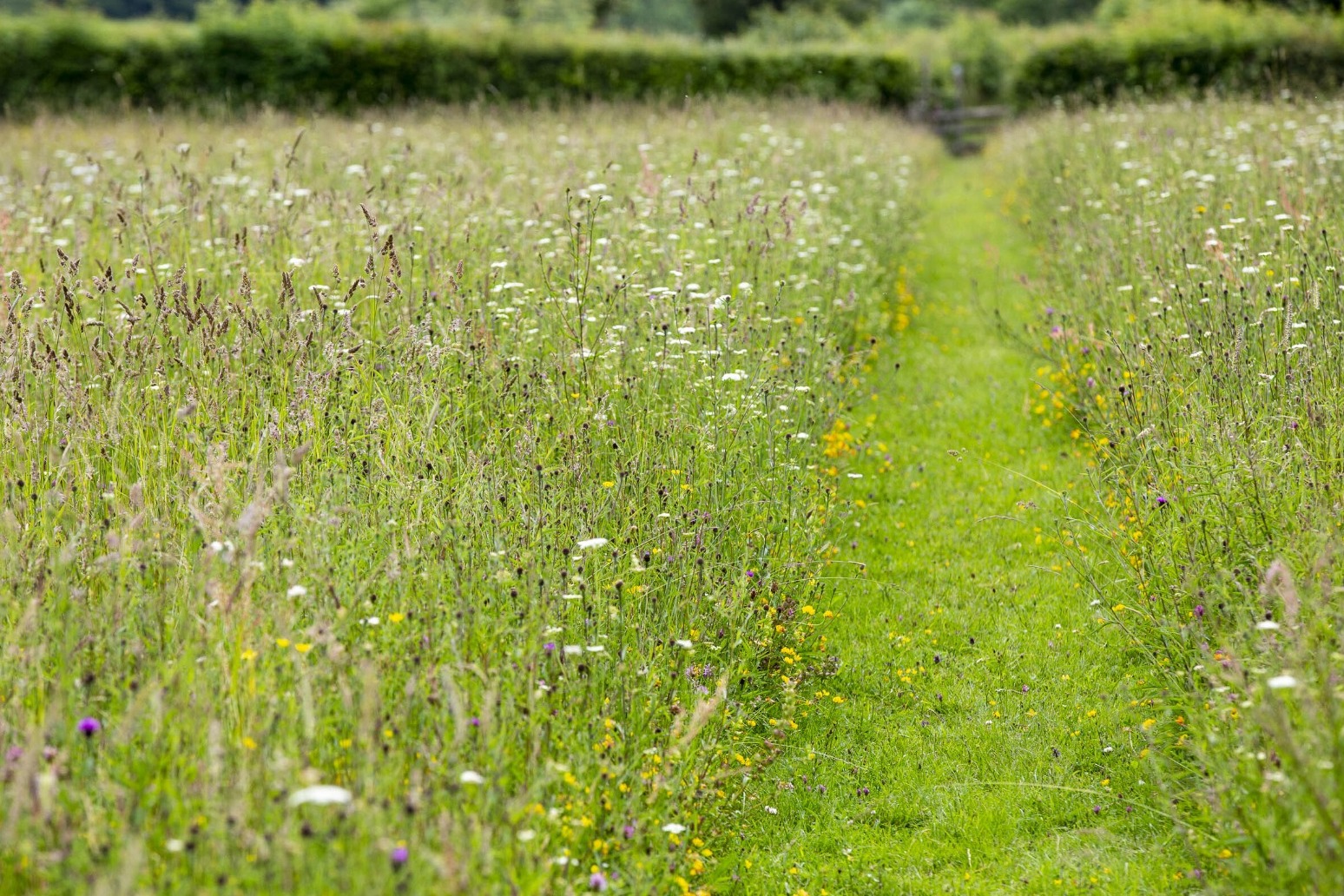 Gardeners are being urged to plant the “right plant, right place” for a changing climate which is bringing more extreme weather conditions to the UK.

Green-fingered households are also being warned that using tap water on lawns in dry weather “is a sin” and they should be allowing their grass to go brown in the summer.

The RHS’s “planet-friendly garden” highlights solutions to climate change, including a “swale” for sudden rainfall with plants that can tolerate large amounts of water in the short term, plants that can cope with dry conditions, recycled crazy paving and trees for shade and carbon storage.

He said the country’s 30 million potential gardeners could help with climate change, planting trees or hedges to store carbon.

Mr Gregory told the PA news agency: “Don’t put a plant where a plant doesn’t want to be” – something which is ever more important as the UK faces extremes including sudden downpours and longer dry spells.

He said: “Gardeners are really tuned into the environmental issues and one of the big issues is water, conservation and management, how we use water and how we take water for granted.

“For me, putting lawns down and using tap water on a lawn is a sin.

“We shouldn’t be using potable water to irrigate – certainly lawns, and if we’re irrigating plants, it should only be to establish them, and if they’re going to need irrigation to sustain them, is that good practice?”

He said: “We need to be saying that it’s actually cool for your lawns to be bleached out, because in September they’re going to go green again.

“I don’t think we should get hung up about it.”

He added: “In this country, we’re obsessed with greens, with striped lawns, but we shouldn’t be reliant on potable water.”

“The message is to plant for a changing climate,” he said, suggesting gardeners plant species that could tolerate periods of dryness, as well as employ techniques including harvesting rainwater, mulching soil with organic matter, or using stone chippings to keep moisture in the ground.

Other gardens at the RHS show include one by Ukrainian designers Victoria and Oleksiy Manoylo, in partnership with Carrie Preston, called What Does Not Burn, prompted by the war in Ukraine.

The garden includes the remains of a burnt-out cottage adorned with rushnyks, a traditional embroidered cloth, and features plants native to the country including barley, hollyhocks, field weeds and wild fruit trees.

It aims to raise awareness for the Ukrainian people and support fundraising to rebuild the country’s public green spaces damaged by the war.

Another garden draws on the practice of forest bathing – spending time under the canopy of trees to improve health and wellbeing – while other displays focus on what beginner gardeners could achieve.