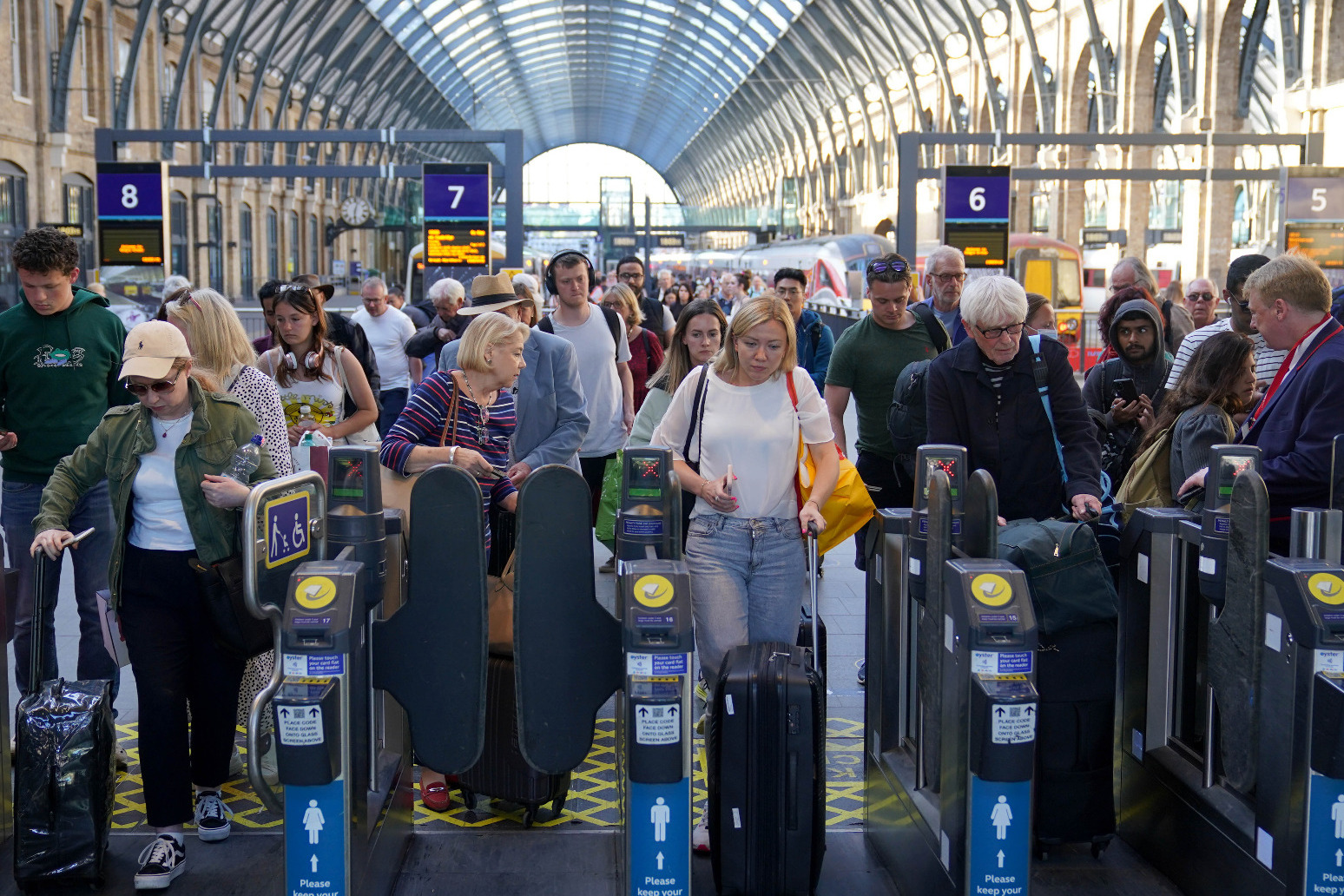 Boris Johnson is set to call for a “sensible compromise” to shield rail passengers from country-wide travel chaos, after last-ditch talks to resolve a bitter dispute over pay, jobs and conditions failed to land on a solution.

The Prime Minister is expected to argue ahead of a Cabinet meeting on Tuesday that unions are “harming the very people they claim to be helping” by going ahead with the biggest outbreak of industrial action on the railways for a generation.

Thousands of members of the Rail, Maritime and Transport (RMT) union at Network Rail and 13 train operators will walk out on Tuesday, Thursday and Saturday.

Services across the UK will start to be affected from Monday evening, with just one in five trains running on strike days, predominantly on main lines and only for about 11 hours.

Talks between the RMT and Network Rail were still being held on Monday evening, just hours before the start of the first strike, but the row remains deadlocked, with all sides blaming each other for the lack of progress.

London Underground workers are also on strike on Tuesday.

Culture minister Chris Philp accused the RMT union of walking out of a live negotiation, and warned the strikes will mean patients are not able to travel to hospital for treatment, while children cannot get to school for their exams.

He told Channel 4 News the move would “inflict misery on my constituents and the general public”.

But RMT general secretary Mick Lynch said he was “talking a pack of nonsense”.

“I have not left any meetings, we’ve not walked out of meetings, we’re in a meeting right now with Network Rail,” he told Channel 4.

“The discussions are ongoing – if we get an offer that addresses the issues we could settle the dispute, but we haven’t had one at the moment.”

Earlier, Mr Lynch warned the row could continue for months, adding: “It is clear that the Tory Government, after slashing £4 billion of funding from National Rail and Transport for London, has now actively prevented a settlement to this dispute.

“The rail companies have now proposed pay rates that are massively under the relevant rates of inflation, coming on top of the pay freezes of the past few years.

“At the behest of the Government, companies are also seeking to implement thousands of job cuts and have failed to give any guarantee against compulsory redundancies.”

The Prime Minister is set to accuse unions of “driving away commuters who ultimately support the jobs of rail workers”, while also hitting businesses across the country.

He will say: “Too high demands on pay will also make it incredibly difficult to bring to an end the current challenges facing families around the world with rising costs of living.

“Now is the time to come to a sensible compromise for the good of the British people and the rail workforce.”

On the issue of public sector pay, the Prime Minister and Chancellor are expected to argue discipline and restraint are key now to manage inflationary pressures downwards.

“We have a responsibility to tackle inflation and stop it becoming entrenched,” No 10 said.

“To do this we must ensure that pay settlements are sensible and do not scramble to match inflation, and as a result drive up prices as the cost of goods and service increase to incorporate pay rises.”

Speaking ahead of Cabinet, the Prime Minister said: “It is right that we reward our hard-working public sector workers with a pay rise, but this needs to be proportionate and balanced.

“Sustained higher levels of inflation would have a far bigger impact on people’s pay packets in the long run, destroying savings and extending the difficulties we’re facing for longer.”

It comes after the chief secretary to the Treasury called for “public-sector pay discipline” and “collective society-wide responsibility” in order to prevent a 1970s-style wage-price spiral.

The Bank of England last week forecast inflation was set to hit 11% in the autumn as it hiked interest rates to 1.25% – the fifth successive rise.