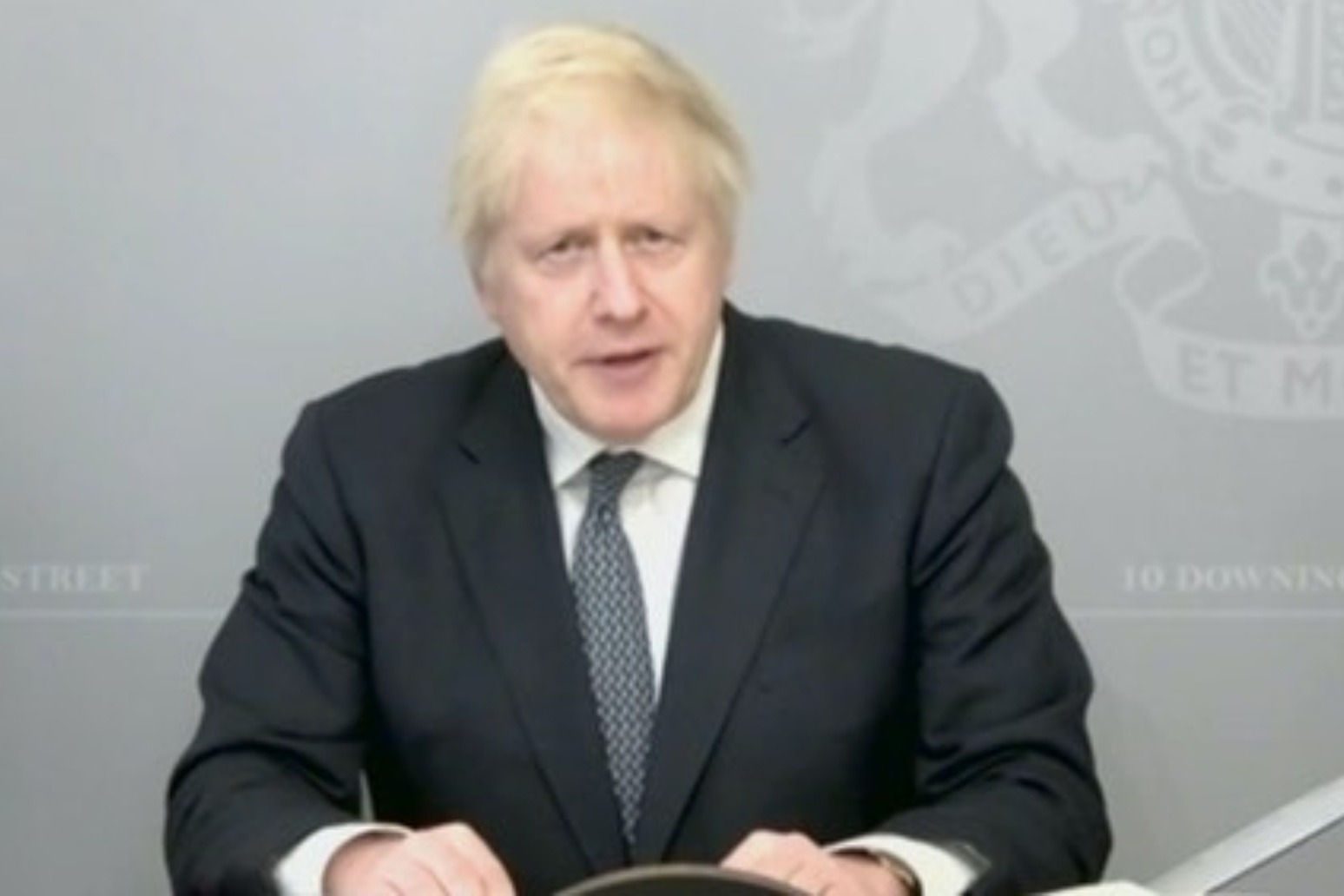 Boris Johnson will set out plans for a strengthened three-tier system of coronavirus restrictions to replace the national lockdown in England and to pave the way for a limited relaxation at Christmas. The Prime Minister is to detail his winter strategy on Monday afternoon, with a proposal to deploy a major testing scheme in an attempt to win over rebels on the Conservative backbenches.

It is understood that he will tell MPs that non-essential shops can open in all three tiers after the current restrictions expire on December 2, in a boost for retailers during the festive period.

However, pubs and restaurants will face the harshest of the new measures with businesses in the new Tier 3 only allowed to offer takeaways, while those in Tier 2 must serve food with any drinks, The Daily Telegraph reported.

The paper added cinemas will be allowed to reopen in England for places in Tier 1 and 2, and midnight mass and Christingle services will be permitted in all three tiers.

Mr Johnson will set out the basis of plans to allow a small number of households across the UK to mix over a limited number of days around Christmas, but is not expected to be in a position to give the specifics.

Appearing virtually in the Commons from his test and trace-ordered quarantine, Mr Johnson is to announce major rapid testing programmes for all areas forced into the highest tier of restrictions.

He will also set out a trial of the repeat testing of close contacts of individuals who test positive for Covid-19 to prevent them from having to isolate, having got his proposals signed off by his Cabinet on Sunday.

Mr Johnson is expected to tell MPs that “we are not out of the woods yet” but that “with expansion in testing and vaccines edging closer to deployment, the regional tiered system will help get the virus back under control and keep it there”.

He will hope that the testing plans will be enough to show he has a fresh approach to dozens of Conservative MPs in the Covid recovery group (CRG) which is threatening to oppose any new restrictions in a Commons vote unless they get detailed evidence to prove they will save more lives than they cost.

More areas are expected to enter the higher end of the tiered-system next month, which will be strengthened to safeguard the gains made during the four-week lockdown.

Ministers will on Thursday set out what tier each area will enter, while one easing expected is to the 10pm curfew rule for pubs and restaurants.

Mr Johnson is understood to be preparing to unveil a plan so that while last orders must be called at 10pm, people will get an extra hour to finish their food and drinks, with opening hours to be extended until 11pm.

Over the weekend, Cabinet Office minister Michael Gove met with leaders of Scotland, Wales and Northern Ireland to endorse “a shared objective of facilitating some limited additional household bubbling for a small number of days”.

But the public will be “advised to remain cautious” and told that “wherever possible people should avoid travelling and minimise social contact”, a statement from his department said.

Mr Gove, Scotland’s Nicola Sturgeon, Wales’s Mark Drakeford and Northern Ireland’s Arlene Foster and Michelle O’Neill “reiterated the importance of allowing families and friends to meet in a careful and limited way” in a meeting on Saturday.

The Cabinet Office said talks are continuing to finalise the agreement, including over travel arrangements, but that it is hoped the conclusion will come “this week”, while the Scottish Government said “no agreement has been reached”.

Downing Street will hope an easing at Christmas, potential vaccines on the horizon and new scientific evidence will lessen the scale of a rebellion, with the Government’s Scientific Advisory Group for Emergencies (Sage) expected to publish papers on Monday saying the previous tiers were not strong enough.

But the CRG, led by former Brexit minister Steve Baker and ex-chief whip Mark Harper, warned against any post-Christmas increase in restrictions to counteract the relaxation in a letter to the Prime Minister said to be signed by 70 Tories.

Conservative former minister Nus Ghani, who joined the CRG having voted for the current lockdown, added in an article for the Telegraph that she will not be able to support the restrictions unless the Government details a “fresh strategy”.

When the Commons voted on the current lockdown earlier this month, 32 Conservatives rebelled to oppose the measures and 17 more, including former prime minister Theresa May, abstained.

But Labour has so far been supportive of the need for restrictions to slow the spread of Covid-19 and a full-scale Commons defeat on the plan is unlikely.

The plans emerged as the Government said a further 739 people had died within 28 days of testing positive for Coivd-19 as of the weekend, bringing the UK total to 55,024.

People should do their own Christmas risk assessment expert