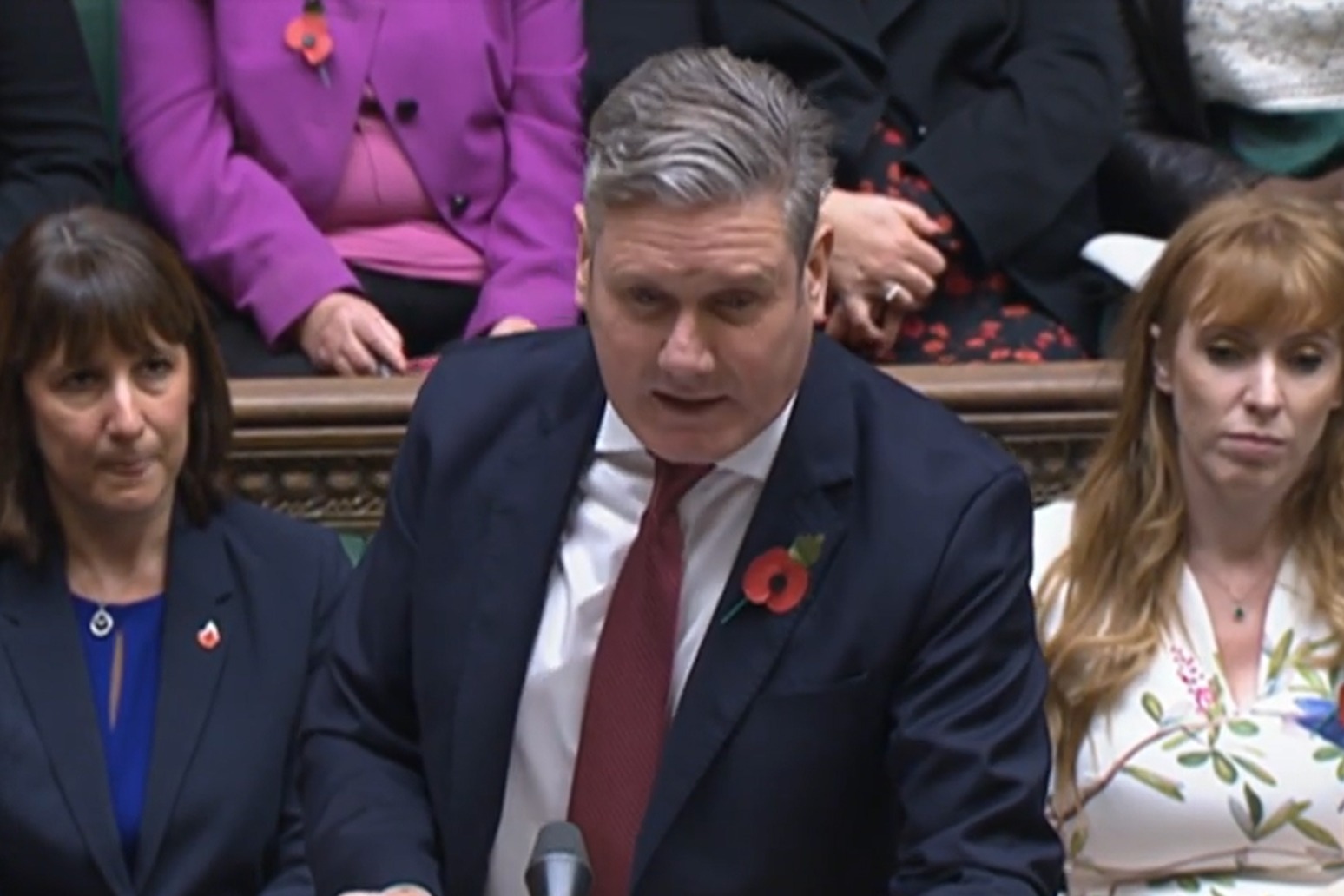 Sir Keir Starmer branded Sir Gavin Williamson a “cartoon bully with a pet spider” as he claimed Rishi Sunak was “too weak” to stand up to him.

The Labour leader said everyone in the country knows someone like Tory former minister Sir Gavin, a “sad middle manager getting off on intimidating those beneath him”.

Sir Keir added: “But everyone in the country also knows someone like the Prime Minister, the boss who is so weak, so worried the bullies will turn on him that he hides behind them.”

He went on to link Mr Sunak’s handling of Sir Gavin to his approach to energy giants, urging the Prime Minister to “find a backbone” and expand the windfall tax, given Shell has not “paid a penny” under the current policy.

Mr Sunak acknowledged “regret” for appointing Mr Williamson as a Cabinet Office minister but said he did not know about “any of the specific concerns” relating to his conduct when a secretary of state or chief whip.

The Prime Minister also again criticised Sir Keir for supporting Jeremy Corbyn when the Islington North MP led the Labour Party, adding: “(Sir Keir) said a lot today but it’s clear he isn’t focused on the serious issues that are confronting our country.”

Sir Gavin, who once kept a pet tarantula named Cronus in a glass box on his desk, resigned on Tuesday evening following a series of bullying allegations.

“It’s precisely why the Prime Minister gave him a job. The truth is simple: he is a pathetic bully but he would never get away with it if people like the Prime Minister didn’t hand him power. So does he regret his decision to make him a Government minister?”

The Prime Minister replied: “I obviously regret appointing someone who has had to resign in these circumstances but I think what the British people would like to know is that when situations like this arise that they will be dealt with properly.

Sir Keir later switched focus to the windfall tax, adding of Mr Sunak: “The problem is he can’t stand up to a run-of-the-mill bully, so he has no chance of standing up to vested interests on behalf of working people.”

He noted Shell has made £26 billion this year, adding: “Shell haven’t paid a penny in windfall tax. Why? Because for every pound they spend digging for fossil fuels, he hands them a 90p tax break and it’s costing the taxpayer billions.

“So will he find a backbone and end his absurd oil and gas giveaway?”

Mr Sunak replied: “What the party opposite will never understand is that it’s businesses investing that creates jobs in this country.”

Sir Keir, in his concluding remarks, noted: “It’s a pattern with this Prime Minister. Too weak to sack the security threat sat around the Cabinet table. Too weak to take part in a leadership contest after he lost the first one. Too weak to stand up for working people.

“He spent weeks flirting with the climate change deniers in his party then scuttled off to Cop27 at the last minute.

“In the Budget next week, he’ll be too weak to end his oil and gas giveaway, scrap the non-dom tax breaks and end the farce of taxpayers subsidising private schools.”

Sir Keir said this was Labour’s plan for working people, adding: “If he can’t even stand up to a cartoon bully with a pet spider, if he’s too scared to face the public in an election, what chance has he got of running the country?”

“The British people want real leadership on the serious global challenges we face and that’s what they’ll get from this Government.”