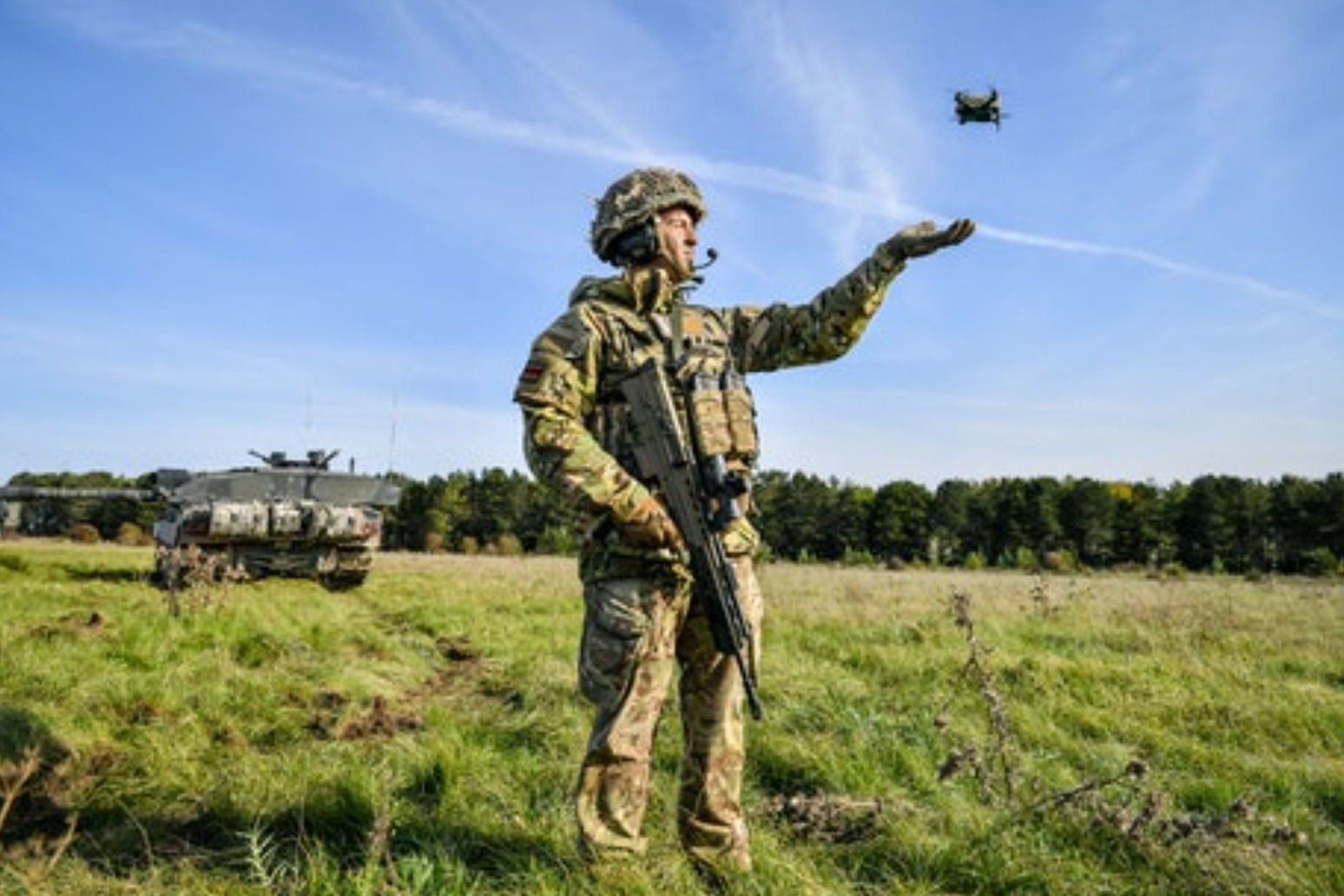 Boris Johnson will “end the era of retreat” when he unveils what is being billed as the biggest programme of investment in Britain’s armed forces since the end of the Cold War. The Prime Minister is set to lay out a four-year financial deal for the Ministry of Defence (MoD) to “transform” the military, developing cutting-edge capabilities in the future battlefields of cyber and space.

It will include the creation of an agency dedicated to artificial intelligence, and a “space command” capable of launching the UK’s first rocket by 2022.

The plan – to be announced in the Commons on Thursday – will see the MoD get an additional £16.5 billion over and above the Government’s manifesto commitment to a 0.5% real terms increase for each year of the Parliament.

It comes as the Conservative Party leader refused to rule out slashing the foreign aid budget by more than £4 billion as the Treasury looks to raise money to pay for the Government’s borrowing during the coronavirus response.

Mr Johnson, challenged at Prime Minister’s Questions over reports that plans are being drawn up to pare back the UK’s commitment to spend 0.7% of national income on overseas aid to 0.5% in next week’s Spending Review, said only that the UK would “continue” to tackle global poverty.

The Prime Minister’s defence announcement will come as a relief for military chiefs, who have been pressing for a multi-year settlement to enable them to plan effectively for the future.

It is thought their demands were being resisted by the Treasury, with Chancellor Rishi Sunak holding out for a one-year deal – along with the rest of Whitehall – in next week’s spending review.

“I have taken this decision in the teeth of the pandemic because the defence of the realm must come first,” the Prime Minister said.

“The international situation is more perilous and more intensely competitive than at any time since the Cold War and Britain must be true to our history and stand alongside our allies. To achieve this we need to upgrade our capabilities across the board.

“This is our chance to end the era of retreat, transform our armed forces, bolster our global influence, unite and level up our country, pioneer new technology and defend our people and way of life.”

The spending commitments are set to be made despite reports that the Spending Review will reveal that the UK’s economy will contract by almost 11% in 2020, the worst annual performance for more than three centuries.

The Financial Times said, based on previous Office for Budget Responsibility (OBR) and Bank of England statements, the Chancellor was likely to publish forecasts showing the country’s economy would still be reeling from the impact of Covid-19 by the time of the next general election in 2024.

Meanwhile, Mr Johnson’s armed forces announcement marks the first phase of the Government’s Integrated Review of the UK’s foreign, defence, development and security policy, with the final conclusions due to be unveiled next year.

Officials said it would cement the UK’s position as the largest defence spender in Europe and the second largest in Nato.

As well as promising a new space command, the Prime Minister will also set out plans for a national cyber force to protect the country from attack.

Washington’s acting secretary of defence, Christopher C Miller, said in a statement the US “applauds the announcement”, which he added would ensure “the UK military continues to be one of the finest fighting forces in the world”.

“Their commitment to increased defence funding should be a message to all free nations that the most capable among us can – and must – do more to counter emerging threats to our shared freedoms and security,” Mr Miller said.

The move will be underpinned by an additional £1.5 billion investment in military research and development with a commitment to invest further in the Future Combat Air System to develop the next generation of fighters for the RAF.

Downing Street said that together, the various projects were expected to create up to 10,000 thousand jobs a year across the UK.

Defence Secretary Ben Wallace said: “This is excellent news for defence, and provides us with the financial certainty we need to modernise, plan for the future and adapt to the threats we face.”

Labour’s shadow defence secretary John Healey said: “This signals a welcome and long overdue upgrade to Britain’s defences after a decade of decline.

“Since 2010 the size of the armed forces has been cut by a quarter, defence spending was cut by over £8 billion and the defence budget has a £13 billion black hole.”