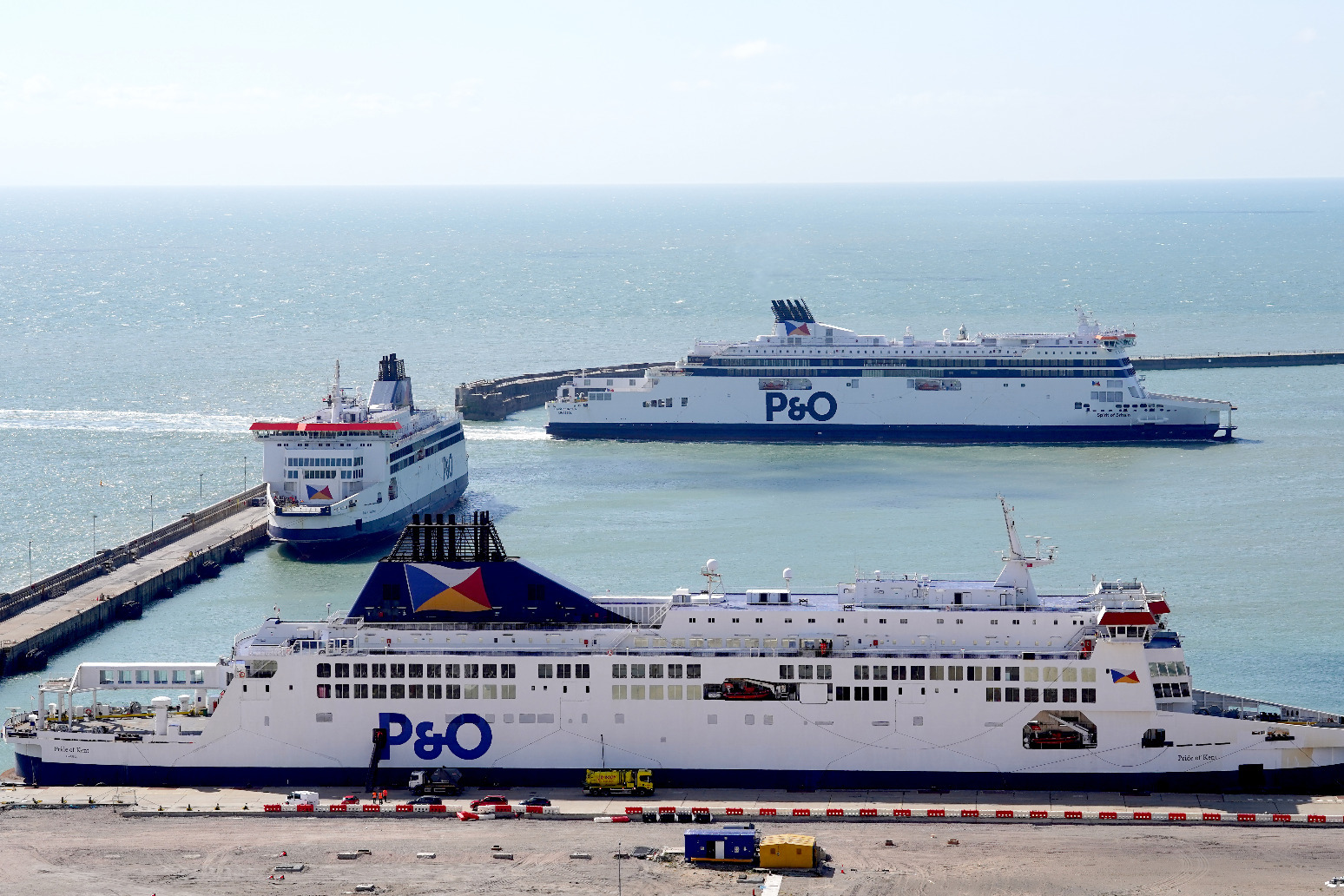 A P&O Ferries vessel is being examined for a fourth time, after failing three inspections since the operator sacked nearly 800 seafarers.

The Maritime and Coastguard Agency (MCA) said a team of surveyors are reinspecting the detained ferry Pride of Kent “at the request of P&O Ferries”.

P&O Ferries suspended most of its operations after it replaced 786 crew members with cheaper agency workers on March 17.

The inability of Pride of Kent to pass a safety inspection has contributed to a shortage of capacity between Dover and Calais.

P&O Ferries finally resumed tourist sailings on the key route last week but is only able to use one of its ships, Spirit of Britain, which was cleared to sail after an initial probe found 23 failings including that the agency staff did not know how to use the onboard life-saving equipment.

Two other vessels which normally operate between Dover and Calais – Pride of Canterbury and Spirit of France – remain out of action as they have not been inspected.

Thirty-one safety failures were found by the MCA on another ferry, European Causeway, resulting in it being detained on March 25.

It was cleared to sail on April 8, but suffered a power failure which left it adrift in the Irish Sea for more than an hour.

Politicians and trade unions have raised concerns about the safety of P&O Ferries following the mass sackings.

These have been strongly disputed by the company.

Last week chief executive Peter Hebblethwaite hit out at “misinformation” about the firm.