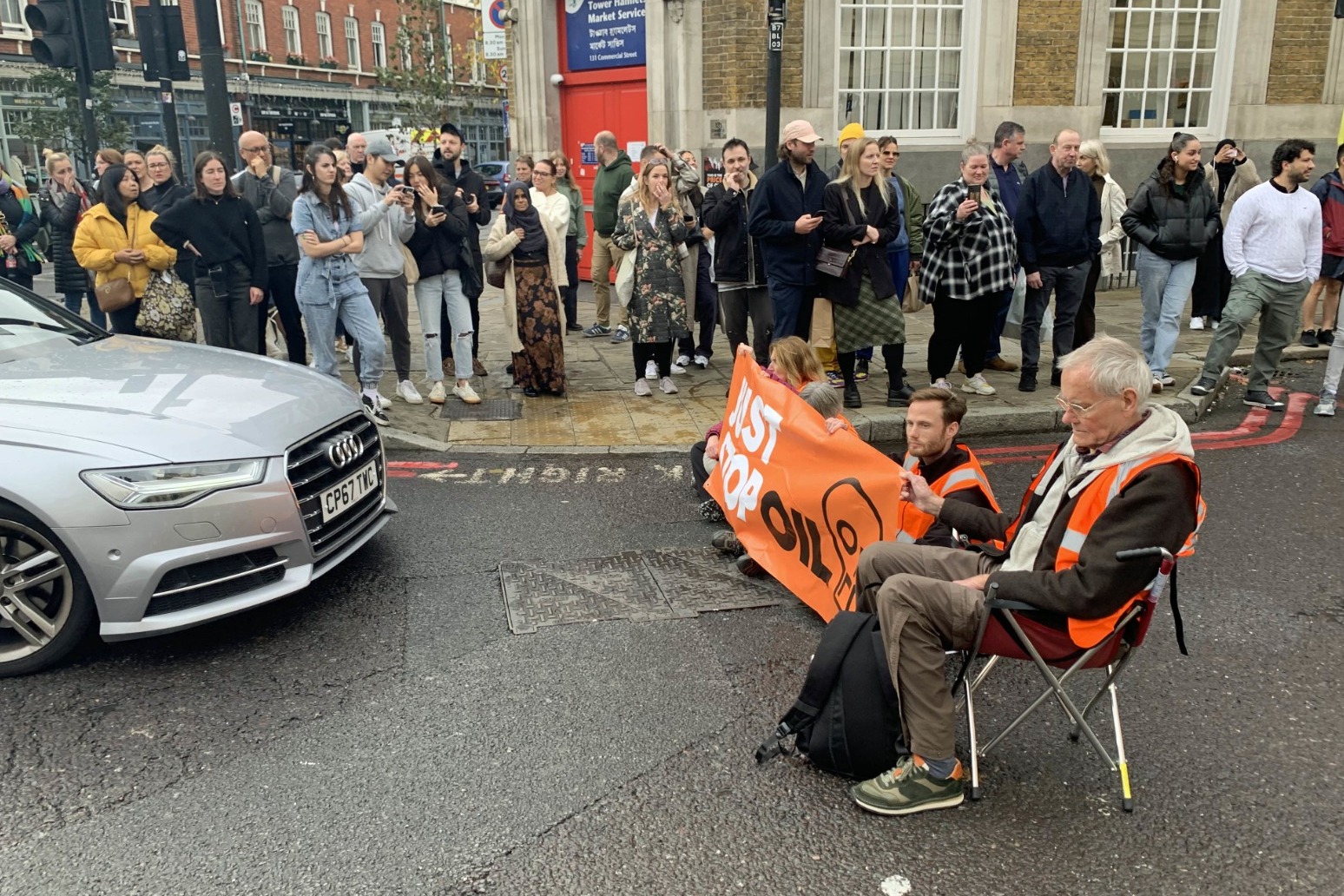 The country’s biggest police force has said it is “fully prepared” for Just Stop Oil protesters to try to cause disruption ahead of Christmas.

In the last couple of months, the environmental activist group has been using civil resistance and direct action as part of its campaign to stop future gas and oil projects from going ahead.

The Metropolitan Police said campaigners are planning disruptive activity in London from November 28 to December 14.

“We understand they are now set to cause further disruption in London in the run-up to Christmas, from 28 November to 14 December. However, we are again fully prepared.

“We have a very experienced team with robust policing measures in place to respond quickly and effectively to any incidents of serious disruption to London. We also have specialist officers available to deal with a range of tactics, including sophisticated lock-on devices.

“We will always try to work with organisers so that protests can go ahead safely. However, Just Stop Oil do not engage with police in advance to share where they may protest or how many may be involved.

“As their actions are spontaneous and could take place anywhere across the capital, we are having to use more officers to respond, regardless of whether any action takes place or not.

“I completely understand the frustration and anger felt by the public, who are seriously disrupted by a relatively small number of protesters and their deliberate tactics.

“Activists are affecting people’s businesses, their lives, whether they are on their way to a doctor, a long-awaited hospital appointment, on their way to work, to interviews, or to collect children.

“Therefore, I again urge Just Stop Oil organisers to engage with us to minimise disruption to Londoners.”

Ms Findlay assured the public the Met will continue its “core business” while also managing the protests.

“Where activists cross the line into criminality, the Met will provide a proportionate policing response,” she said.

“We will arrive quickly, deal with the situation efficiently, remove and arrest activists as appropriate and return things to normal as soon as possible. Please do not take matters into your own hands.”

The force arrested 755 Just Stop Oil activists, and charged 182, in October and November.

“We are determined to bring to justice all those activists who cause disruption or damage to London,” Ms Findlay added.

“We’re working closely with the Crown Prosecution Service and the courts to ensure this happens.”