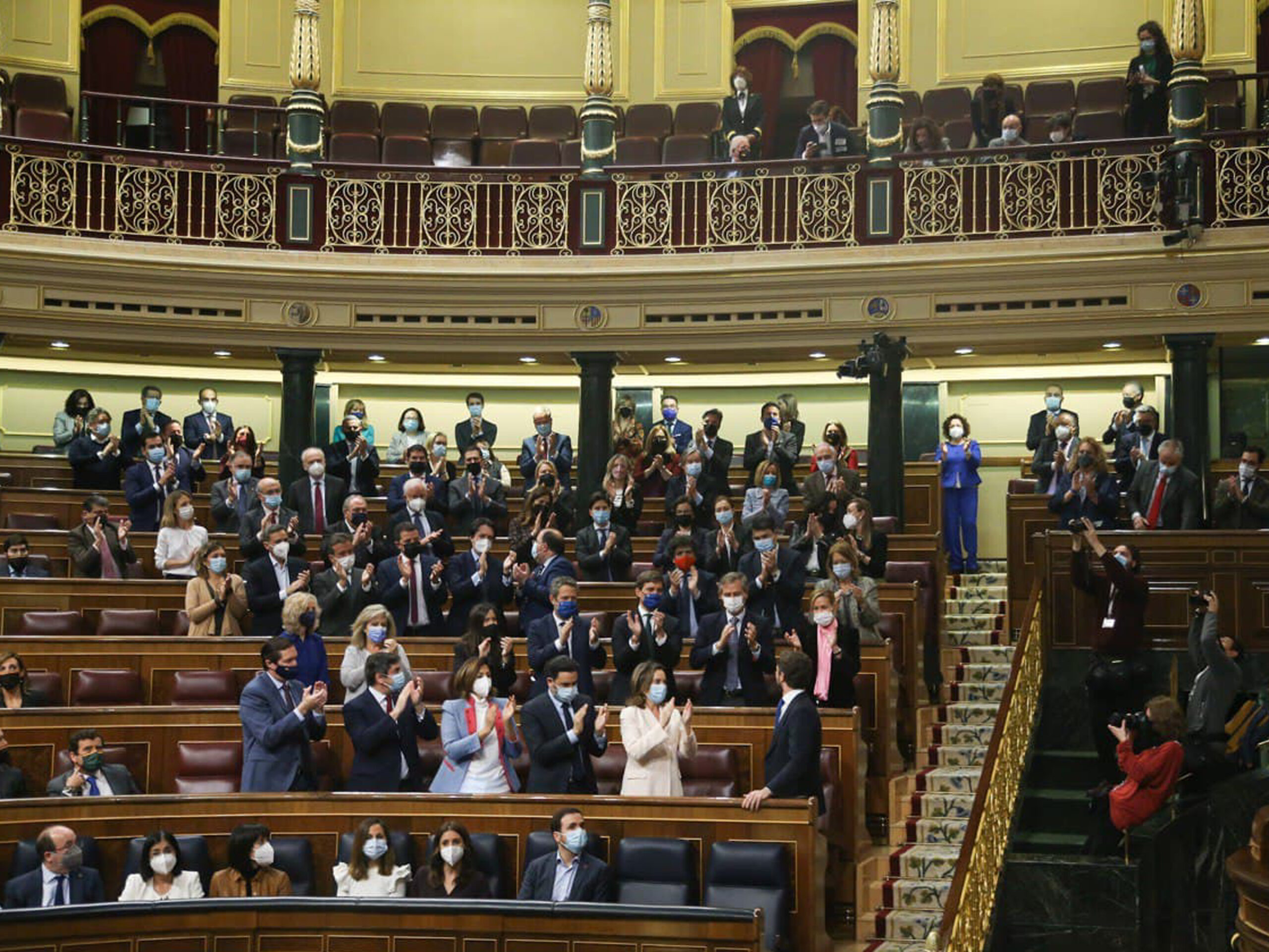 Partido Ppopular leader Pablo Casado may have left the Congress of Deputies for the last time as opposition leader.

In a speech yesterday, the conservative leader called for the Government to “serve the greater good” with prime minister Pedro Sanchez wishing him well along with a standing ovation from party members in the hemicycle. Mr. Sanchez also confirmed there would be no snap elections whist the political crisis in the party was ongoing.

Last night Mr Casado met with regional party leaders to discuss his future, with a number voicing their loss of support for the PP leader following accuastions of spying by Madrid regional president Isabel Díaz Ayuso.

It’s understood a large number of party leadership are proposing regional president of Galicia, Alberto Núñez Feijóo, to take over if Casado steps down.

On Tuesday, prosecutors announced a probe into a deal to purchase facemasks which was brokered by Ms. Ayuso’s brother and the regional government in Madrid.