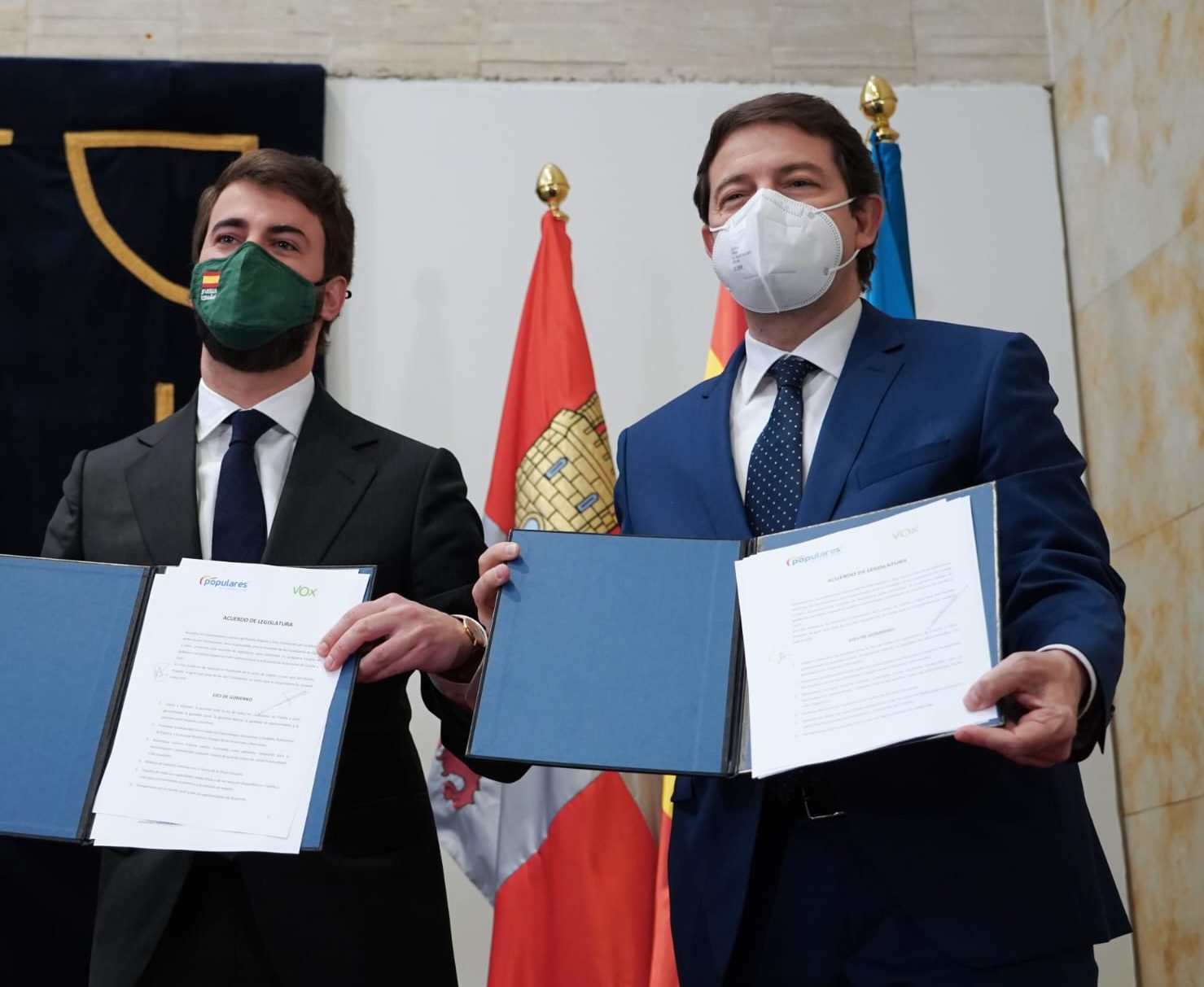 Partido Popular and Vox have announced that they will form a coalition government in the Castilla y León region following last months elections.

This is the first time that the far-right party will enter into a government.

García Gallardo – the regional leader of Vox – will become vice president of the governmnet, with other members of the party taking seats in the regional executive.

The move has come under criticism from opposition parties and the national government, voicing concerns of a move away from the centre for the conservative party in Spain.