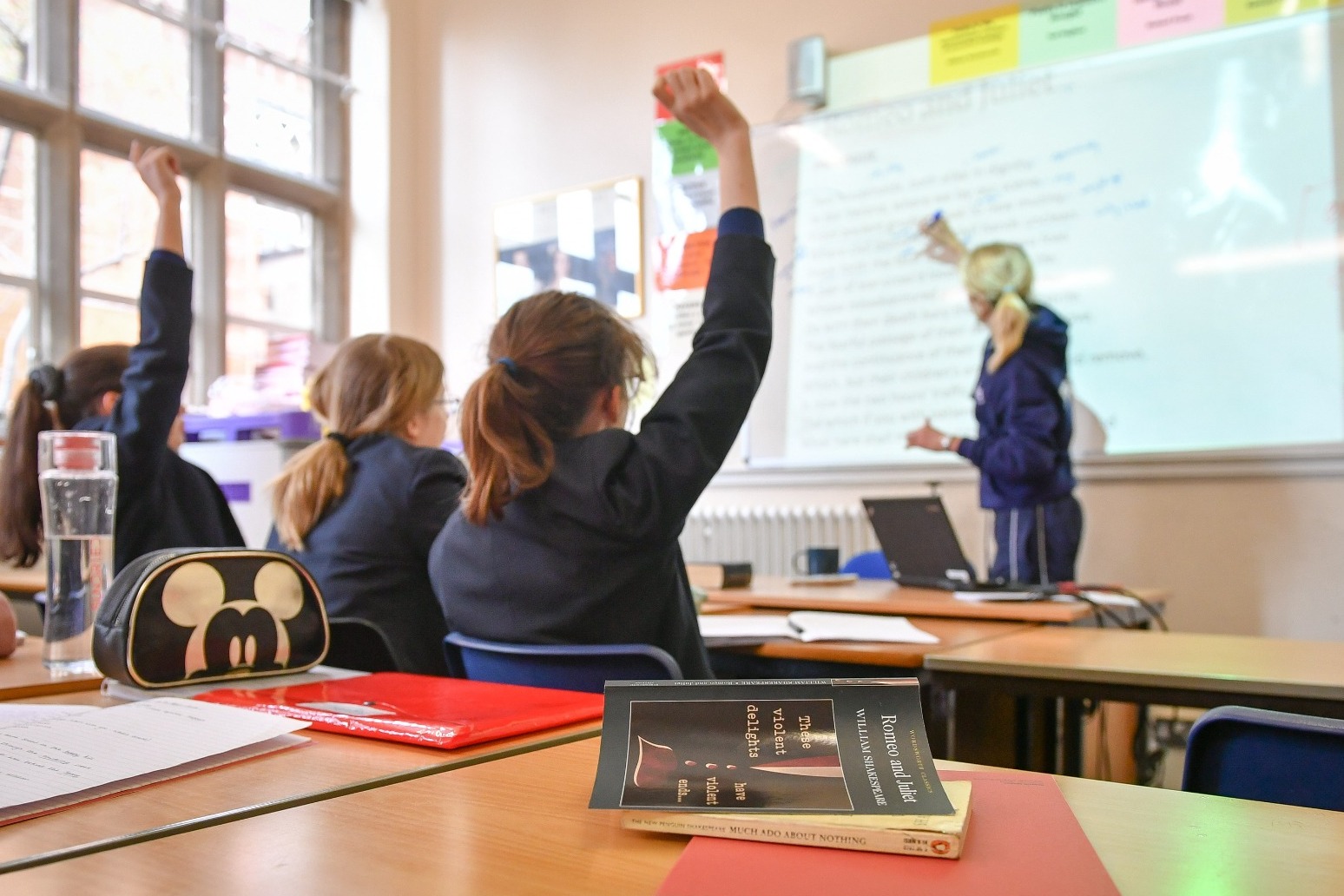 The Prime Minister will set out his plan to ensure all pupils in England study some form of maths until aged 18 in his first speech of 2023.

On Wednesday, Rishi Sunak will lay out his priorities and ambitions for the year ahead, which will include a new mission to combat high rates of innumeracy in England.

The UK remains one of the only countries in the world that does not require children to study some form of maths up to the age of 18.

The PM will say that with the “right plan”, he sees “no reason” why “we cannot rival the best education systems in the world”.

He is expected to say: “This is personal for me. Every opportunity I’ve had in life began with the education I was so fortunate to receive.

“And it’s the single most important reason why I came into politics: to give every child the highest possible standard of education.

“Thanks to the reforms we’ve introduced since 2010, and the hard work of so many excellent teachers, we’ve made incredible progress.

“With the right plan – the right commitment to excellence – I see no reason why we cannot rival the best education systems in the world”.

Mr Sunak is expected to commit to starting the work of introducing maths to 18 in this Parliament and finishing it in the next.

He will put emphasis on the importance of numeracy, stressing “our children’s jobs will require more analytical skills”.

The Prime Minister will say: “One of the biggest changes in mindset we need in education today is to reimagine our approach to numeracy.

“Right now, just half of all 16 to 19-year-olds study any maths at all. Yet in a world where data is everywhere and statistics underpin every job, our children’s jobs will require more analytical skills than ever before.

The Government does not apparently envisage making maths A-level compulsory for all 16-year-olds and further detail will be set out in due course.

Ministers are instead exploring existing routes, such as the Core Maths qualifications and T-Levels, as well as more innovative options.

Commenting on the speech trail, a Labour source said: “In their desperation to ensure Sunak’s speech doesn’t happen after Keir’s, No 10 have revealed they have nothing to offer the country except… double maths.

“As the health service falls to pieces after 12 years of Tory rule, criminals terrorise the streets, and working people worry how their wages will last the month, the country is entitled to ask: is this it?”

On the “maths to 18” plan, shadow education secretary Bridget Phillipson said the Prime Minister “needs to show his working”, as “he cannot deliver this reheated, empty pledge without more maths teachers”.

She added: “Yet the Government has missed their target for new maths teachers year after year, with existing teachers leaving in their droves.

“Now, maths attainment gaps are widening yet Rishi Sunak as chancellor said the country had ‘maxed out’ on Covid recovery support for our children.

“Labour will end tax breaks for private schools and use the money to invest in 6,500 more teachers, including maths teachers, to drive up standards in this country.”

Geoff Barton, general secretary of the Association of School and College Leaders, said the Prime Minister needs to show the plan is “based on solid research and is not a pet project”.

He added: “We would also want to hear how such a policy would avoid exacerbating the already-chronic national shortage of maths teachers.”

Meanwhile, Liberal Democrat education spokesperson Munira Wilson said the announcement was an “admission of failure from the Prime Minister on behalf of a Conservative government that has neglected our children’s education so badly”.

She added: “If Rishi Sunak is serious about reversing the Conservatives’ awful record on numeracy, he should start by cancelling the planned cuts to early years education and come forward with a real plan to recruit and retain the teachers we need.”