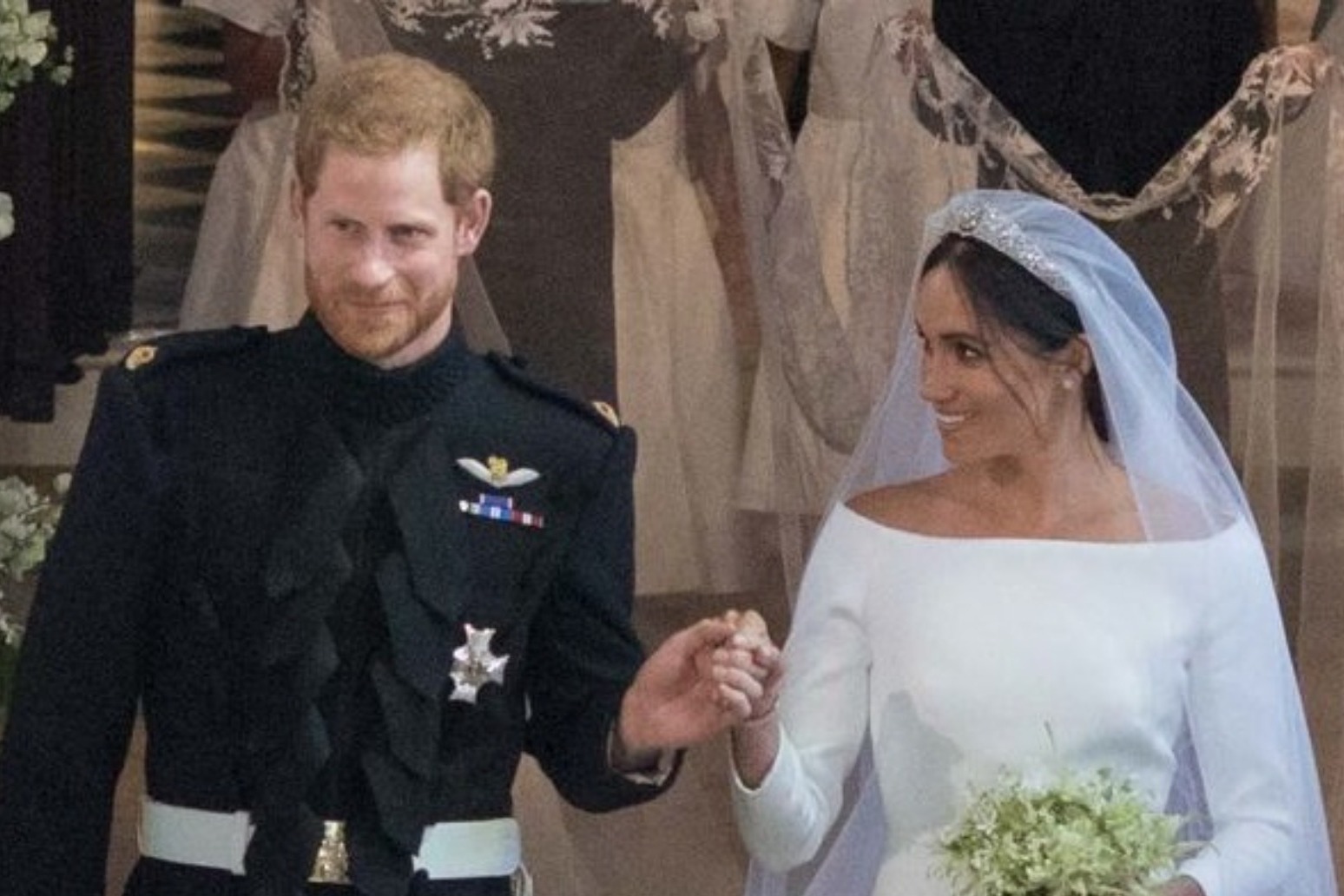 But after stepping back from the royal family, a poll’s revealed more than 4 in 10 people think they should lose their titles

The Duke and Duchess of Sussex are celebrating their third wedding anniversary as a poll has revealed more than four in 10 people think they should lose their titles.

Harry and Meghan married during a glittering ceremony on May 19 2018 and are likely to mark their milestone privately at their Californian home.

Traditionally, a third wedding anniversary is celebrated with gifts made from leather.

The wedding heralded a new chapter for the monarchy as it was welcoming a person of mixed race into the family for the first time in centuries.

But just 18 months after exchanging their vows the Sussexes travelled to North America with their son Archie and have never permanently returned to their UK home.

A YouGov poll carried out on Monday found 44% of 4,567 adults questioned thought the couple should no longer be a duke and duchess.

The poll came a day before Companies House documents showed a voluntary liquidator had been instructed to wind up the Sussex Royal company, which trades as MWX Trading Limited.

Information on the site shows that a special resolution to wind up the company was submitted on May 4, before a voluntary liquidator was appointed on Tuesday.

The past few months have been a tumultuous period for the couple following their bombshell interview with Oprah Winfrey.

Meghan and Harry laid bare their brief life as a working royal couple, alleging a member of the family made a racist comment about their son, and explained the duchess had suicidal thoughts but her approaches to the monarchy for help were turned down.

The Duke of Edinburgh’s funeral in April briefly brought Harry back into the fold, and he was pictured moments after the ceremony looking at ease and chatting with his brother the Duke of Cambridge.

A few days after their wedding anniversary Harry and Meghan, who is expecting a daughter in the summer, will appear in the first episode of the duke’s mental health documentary series with Oprah Winfrey.

In the Apple TV+ series that begins on Friday, Harry says in conversation with Winfrey: “To make that decision to receive help is not a sign of weakness. In today’s world, more than ever, it is a sign of strength.”

Footage of a young Harry during the funeral procession for his mother Diana, Princess of Wales, featured in a trailer for The Me You Can’t See.

In a separate interview Harry appeared to suggest that his father and the Queen and the Duke of Edinburgh had failed as parents.

Speaking on the Armchair Expert podcast, the duke said he wanted to “break the cycle” of “genetic pain and suffering” for the sake of his own children.

He said of Charles: “He’s treated me the way he was treated, so how can I change that for my own kids?”