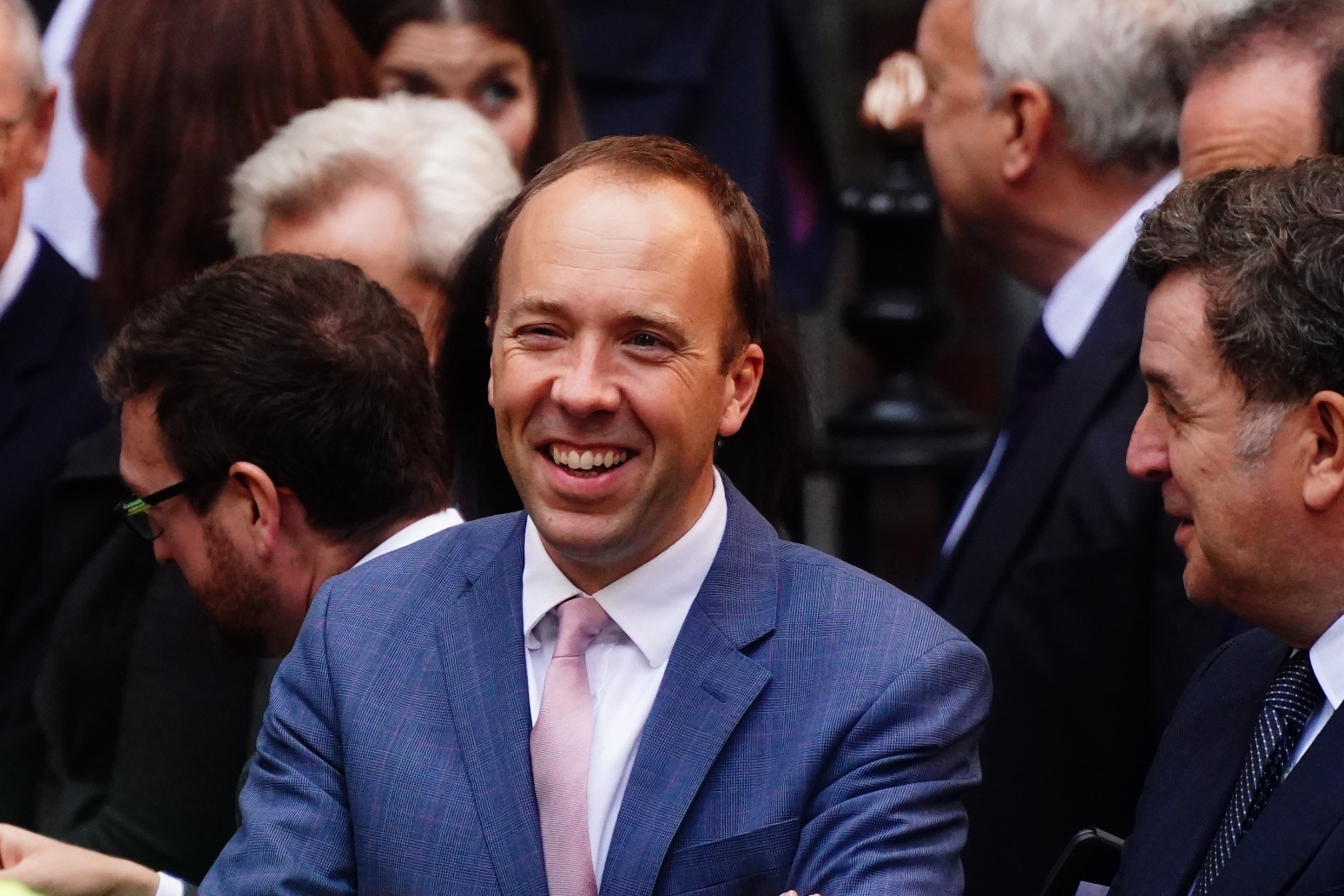 Reigning I’m A Celebrity… Get Me Out Of Here! champion Danny Miller has said Matt Hancock should expect the public to use him as a “toy” before voting him off the show.

The actor, known for playing Aaron Livesy on the ITV soap Emmerdale, took aim at the former health secretary while appearing on Good Morning Britain to discuss the upcoming series, which launches on Sunday.

Hancock, the MP for West Suffolk, has had the Tory whip suspended and come under fire from across the political divide after opting to join the show at a time when Parliament is sitting.

Miller, who was crowned King of the Castle during the 2021 series in Wales, predicted viewers will vote for Hancock to take part in all the show’s gruelling eating challenges.

He said: “I think he needs to just accept the fact that he is going to be everyone’s toy.

“This year I think regardless of how entertaining he is, he needs to accept that what he has put us through, I think the public are going to say, ‘This is what we are going to put you through’.

“And when they are done with him they will just get rid of him, I think,” he added.

During the 2021 series, the public repeatedly voted for music producer Naughty Boy to take part in the show’s so-called Bushtucker Trials.

Asked about his favourites to win this year’s series, Miller replied: “I would like to think Sue Cleaver, Boy George and Jill Scott. They are my prediction for the final three.”

Ten contestants are officially confirmed for the show so far, plus Mr Hancock who is expected to be one of two surprise entries to the camp in the days following the launch.

He said: “I have heard certain things about who it might be and if it is it will be brilliant.”

Asked who, he replied: “I can’t tell you that. It’s Boris Johnson!”

He previously told the Sun he wants to use the “incredible platform” on the show to raise awareness of dyslexia and insisted it “wasn’t the cheque” that made him decide to join the show.

Leading figures at organisations specialising in dyslexia have said they are grateful to the former cabinet minister for his work raising awareness of the learning difficulty, and welcomed a platform for the cause.

Chivonne Preston, chief executive officer of the British Dyslexia Association, said: “We are grateful when public figures like Matt use their platforms to draw attention to the barriers and challenges that the dyslexia community faces.”

On Friday, co-hosts Ant McPartlin and Declan Donnelly shared a selfie on their joint Instagram account from aboard a boat cruising towards a small town.

The duo, who have been filming scenes around Gold Coast in Queensland, captioned the post: “It’s time to meet the celebs”.

Representatives of Mr Hancock have been contacted for comment.