Quarter of a million people filed past Queens coffin in London 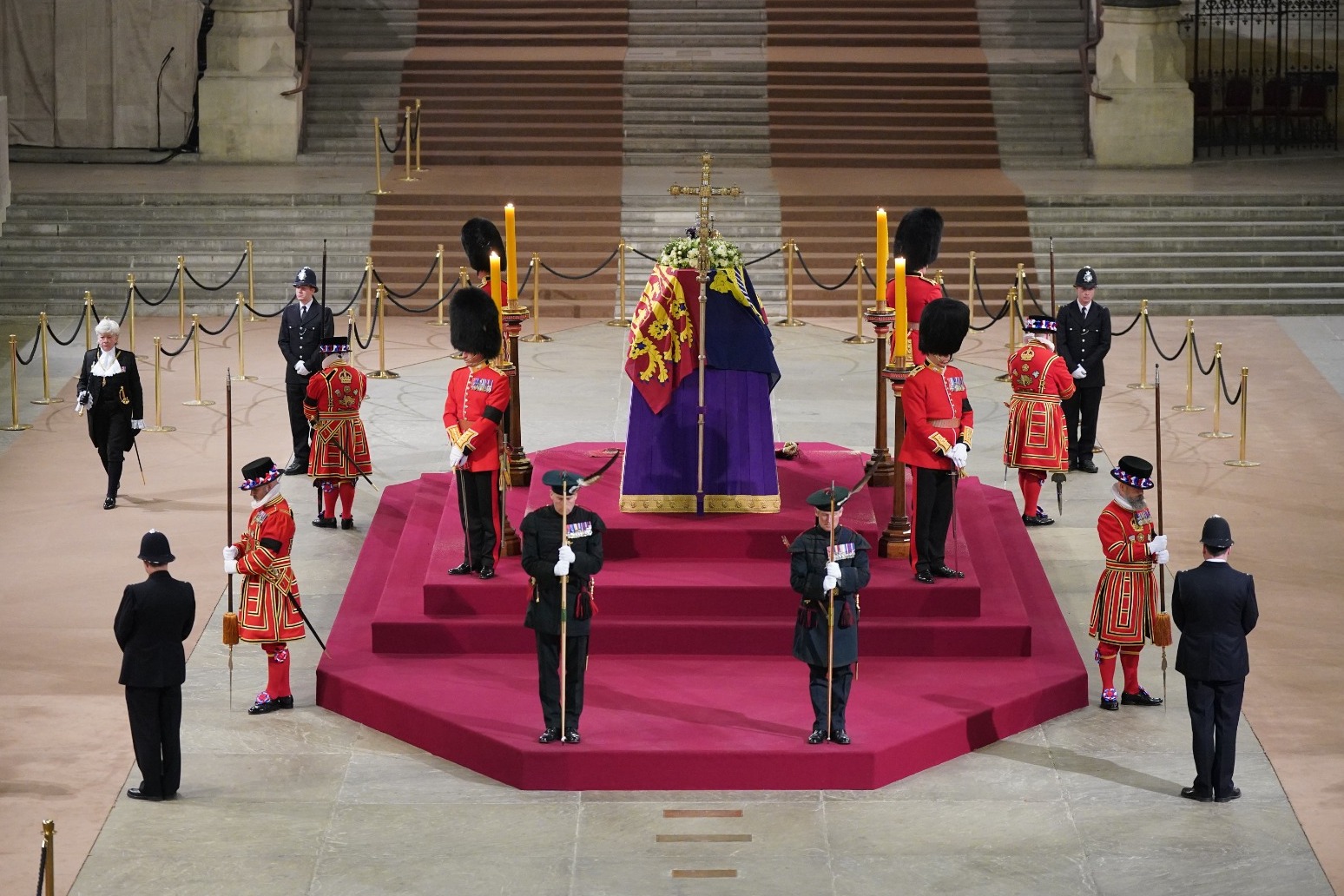 Around a quarter of a million people paid their respects in person to the Queen by viewing her coffin as it lay in state in London.

Culture Secretary Michelle Donelan gave the figure the morning after the nation’s longest-reigning monarch was buried at Windsor Castle.

Ms Donelan said her department was still “crunching the numbers” as to how many people had queued for hours in London to process past the Queen’s coffin at Westminster Hall, but that she believed they numbered around 250,000.

The royal family is observing another week of mourning for the Queen after a state funeral on Monday that was full of emotion and ceremony under the gaze of the world.

Ms Donelan said that most British people would see the cost of the Queen’s funeral as “money well spent”, but could not put a figure on what that cost might be.

Pressed on Sky News about the cost of the funeral, she said: “I’m not sure of the exact costings but as I say, I think the British public would argue that that was money well spent.

“You saw so many thousands out there and I don’t think anybody can suggest that our late monarch didn’t deserve that send-off, given the duty and the selfless service that she committed to over 70 years.”

She said it would be “downright preposterous” to suggest otherwise.

“It was great sense of the community coming together. I always think of our late monarch as the glue that brought society together,” she added.

King Charles III decreed on September 9, the day after the Queen died following her 70-year reign, that a period of mourning would be observed until seven days after the funeral.

Members of the royal family are not expected to carry out official engagements, and flags at royal residences will remain at half-mast until 8am after the final day of royal mourning.