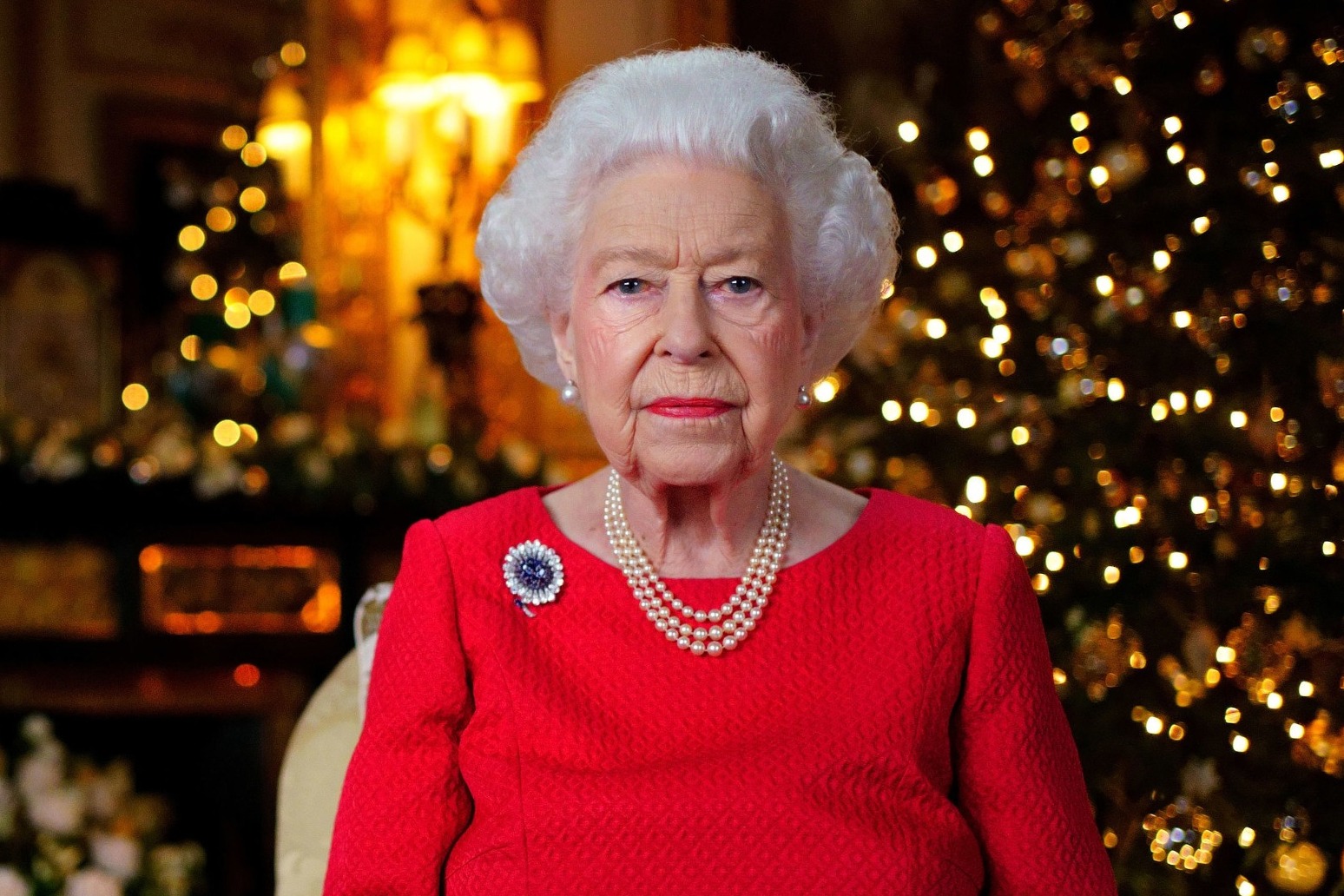 The world joined the nation in mourning the loss of Elizabeth II at the age of 96, just months after she celebrated her Platinum Jubilee.

It came in a year which saw the deaths of Meat Loaf, Dame Deborah James and Dame Olivia Newton-John.

Here are some of the other well-known people who died in 2022.

He was known for films including In The Heat Of The Night, Blackboard Jungle and Guess Who’s Coming To Dinner – and was the first black man to win the Oscar for best actor.

The Vicar Of Dibley star died “peacefully” at the age of 78.

He was best known for playing councillor David Horton in every episode of the comedy sitcom which debuted in 1994, famously locking horns with the vicar played by Dawn French.

The American singer, known for hits like Bat Out Of Hell, died at the age of 74.

Meat Loaf, who was born Marvin Lee Aday but was also known as Michael, sold millions of albums worldwide.

During his seven-decade career, Cryer appeared on stage, screen and radio and penned jokes for countless household names.

A statement from his family said: “Dad was a talented comedy writer and comedian in a particularly golden vintage. Incidentally he never really liked the terms ‘comedy writer’ or ‘comedian’, instead preferring hack and entertainer, and always thought the term ‘national treasure’ meant he’d just been dug up.”

The TV presenter and author died at the age of 87 following a short illness.

Gascoigne, best known as the original host of BBC’s University Challenge, died at his home in Richmond.

The British entrepreneur died at the age of 31.

The singer of the grunge band Screaming Trees died aged 57.

The musician was also a member of rock bands Queens Of The Stone Age and The Gutter Twins – and collaborated with artists such as Nirvana’s Kurt Cobain.

The children’s author and illustrator died at the age of 94.

Hughes was best known for her much-loved books in the Alfie series, about a boy called Alfie and his little sister Annie Rose – as well as children’s picture book Dogger.

The record-breaking Australian bowler, remembered as a “true cricket legend” by his friends, died at 52.

Ed Sheeran said Warne was an “amazing friend” with the “kindest heart” while Rolling Stones frontman Sir Mick Jagger said he was “saddened”.

Elizabeth Hurley, who was engaged to the Australian from September 2011 until they split in December 2013, paid tribute to her “beloved lionheart”.

Bowles was best known for his role as Richard DeVere in the BBC sitcom To The Manor Born which aired from 1979 to 1981, starring as the self-made businessman alongside Dame Penelope Keith, with the pair reprising their roles in a 2007 special.

He died from cancer at the age of 85.

The band, fronted by former Nirvana star Dave Grohl, said they were “devastated by the untimely loss”.

The Wanted star died at the age of 33 after being diagnosed with an inoperable brain tumour.

The singer, originally from Bolton, died surrounded by his family and bandmates.

He disclosed in October 2020 that he had been diagnosed with stage four glioblastoma and had begun radiotherapy and chemotherapy.

The EastEnders star, best known for her role as chain-smoking Dot Cotton, died at the age of 95.

An EastEnders spokeswoman said: “There are not enough words to describe how much June was loved and adored by everyone at EastEnders, her loving warmth, wit and great humour will never be forgotten.”

The best-selling thriller writer died at the age of 92.

Henry Patterson, known to the public under his pseudonym Jack Higgins, published 85 books during his lifetime.

The actor, who starred in TV shows Minder, The Sweeney and New Tricks, died at the age of 74.

Waterman starred as bodyguard Terry McCann in Minder and he first found fame as tough nut cop George Carter in The Sweeney opposite John Thaw.

He became well-known for singing the theme songs to many of his shows, and was caricatured by David Walliams in Little Britain as a result.

The Depeche Mode’s keyboardist died at the age of 60.

Fletcher, nicknamed “Fletch”, founded the group in Basildon in 1980 and was inducted into the Rock and Roll Hall of Fame two years ago.

In a statement, Depeche Mode said: “We are shocked and filled with overwhelming sadness with the untimely passing of our dear friend, family member and bandmate.”

She joined BBC Two programme Dragons’ Den in 2011 and left in 2012, going on to present Channel 4’s The Intern.

Devey founded the multimillion-pound freight distribution business Pall-Ex, after selling her home and car in the 1990s to finance it.

The podcaster, who was diagnosed with bowel cancer in 2016, died aged 40, after spending her final weeks receiving end-of-life care at home with her husband, Sebastien, and their two children.

In her final weeks, the presenter of the BBC podcast You, Me And The Big C raised millions of pounds for research and was made a dame for her “tireless” work improving awareness of the disease.

The Prince and Princess of Wales paid tribute to an “inspirational and unfalteringly brave woman whose legacy will live on”.

The American actor, who starred in The Godfather films, died at the age of 82.

He was Oscar-nominated in 1973 for his performance as Sonny Corleone – the hot-headed on-screen son of Marlon Brando’s character.

The bass player and founding member of the Happy Mondays died aged 58.

Alongside his frontman brother Shaun, Paul founded the Happy Mondays in 1980 and was credited with giving the band their signature rolling groove, present on hits such as Step On and Kinky Afro.

The ex-leader of the Ulster Unionist Party was one of the principal architects of the Good Friday/Belfast Agreement that ended decades of conflict in the region.

The veteran actor starred in the Carry On films, Doctor Who and the 1970 film The Railway Children.

Following his death, leading figures from the television industry, including Doctor Who showrunner Russell T Davies and Baroness Floella Benjamin, were among those who paid tribute to him.

Dame Olivia was best known for her starring role in the 1978 film Grease, in which she starred opposite John Travolta as Sandy.

The British-born singer died “peacefully” at her ranch in Southern California aged 73, surrounded by family and friends.

The author and illustrator, best known for the 1978 classic The Snowman, died aged 88.

The Snowman has sold more than 5.5 million copies around the world, and Briggs also created the beloved children’s books Father Christmas, Fungus The Bogeyman and When The Wind Blows.

Tewson, best-known for her roles in Keeping Up Appearances and Last Of The Summer Wine, died at Denville Hall, a care home in London for those in the entertainment industry.

The former Soviet leader died at the age of 91 prompting an outpouring of tributes from world leaders.

Many made reference to the timing of his death during the worst period of relations between Russia and the West since the end of the Cold War.

The TV presenter and journalist died at the age of 66.

The BBC Breakfast presenter died “peacefully” at home in Suffolk after a “challenging and committed fight against prostate cancer” which had been diagnosed in November 2017.

Elizabeth II, 96, was the nation’s longest-reigning monarch, serving as head of state for more than 70 years.

The Prince of Wales was made King, acceding to the throne immediately on the death of his mother.

In a statement, on September 8, Buckingham Palace said: “The Queen died peacefully at Balmoral this afternoon.”

World leaders, celebrities and ordinary people – gathered at the gates of Buckingham Palace, Balmoral and Windsor Castle – all paid tribute, with US President Joe Biden describing her as “a stateswoman of unmatched dignity”.

The British writer won the Booker Prize twice, first for her 2009 novel Wolf Hall and again for its sequel, Bring Up The Bodies, in 2012.

Leading British authors and literary institutions were among those to pay tribute, with Harry Potter author JK Rowling saying “we’ve lost a genius”.

The Irish-British and American actress was best known for her portrayal of Jessica Fletcher in American drama series Murder, She Wrote.

According to a family statement, Dame Angela died “peacefully” in her sleep five days before her 97th birthday.

Heavyweights across the film, television and live theatre industries paid tribute online to the star.

The US musician, whose hits included Great Balls Of Fire and Whole Lot Of Shakin’ Going On, was one of the last survivors of a generation of ground- breaking performers which included Elvis Presley and Little Richard.

The veteran actor, famed for starring in the Carry On films, died at the age of 98.

He spent eight decades in the spotlight and became well known for his suggestive catchphrases which included “Ding dong”, “Well, hello” and “I say!”

The Fleetwood Mac star died following a short illness at the age of 79.

The British-American rock band, founded in London in 1967, sold more than 100 million records worldwide, making them one of the most successful groups ever.

Their best-known songs include Dreams, Go Your Own Way and Everywhere.

The last surviving Dambuster died at the age of 101.

He was a bomb aimer during Operation Chastise, which was tasked with attacking German dams during the Second World War.

The US actress died from cancer at the age of 71.

She was best known for her breakout role as Rebecca Howe in the NBC sitcom Cheers from 1987 to 1993, and received both an Emmy Award and a Golden Globe for the role in 1991.