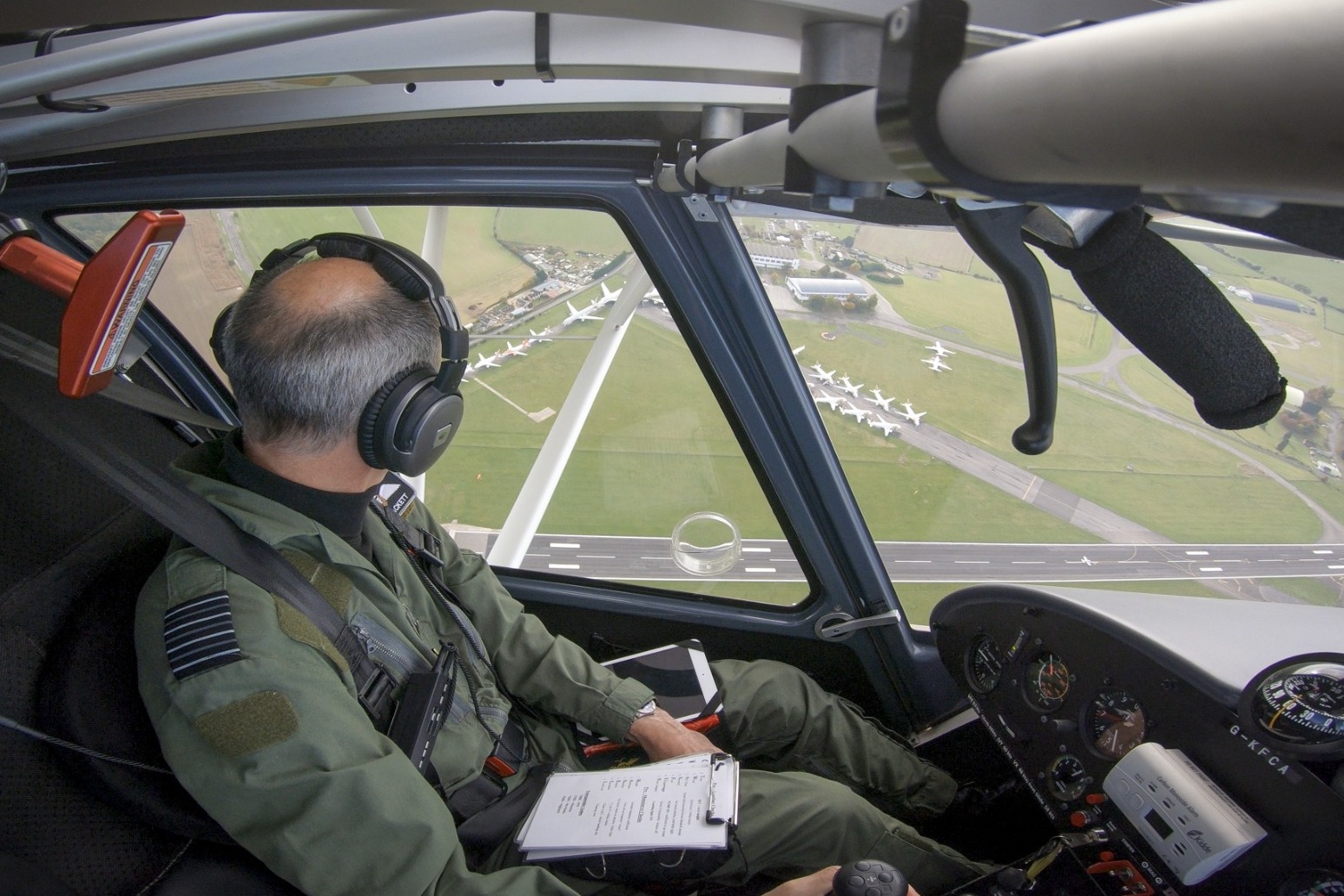 The flight took place earlier this month above Gloucestershire

The RAF has set a Guinness World Record for completing the first flight using only synthetic fuel.

The process uses only renewable energy sources, the Ministry of Defence said, and can be used to create “drop-in fuels”, which can replace fossil-based aviation fuels with no engine modification.

The flight took place on November 2, with Group Captain Peter Hackett taking an Ikarus C42 aircraft on a short flight around Cotswold Airport near Cirencester, Gloucestershire.

While electric and hydrogen power sources are considered viable for some RAF aircraft, liquid fuel is required for high-performance planes “to maintain operational capabilities”, the MoD said.

Minister for defence procurement Jeremy Quin said: “This is a world first innovation.

“It shows the determination of UK armed forces to drive forward creative ideas on net zero alongside meeting operational commitments.”

Paddy Lowe, chief executive of Zero Petroleum, said: “This unique project with the Royal Air Force demonstrates the validity of our synthetic fuel and the potential it has to eliminate fossil CO2 emissions from a number of difficult but critical sectors, including transport, which currently accounts for 23% of the global total.”

A spokesperson for Guinness World Records congratulated the RAF and Zero Petroleum, describing the flight as a “great achievement”.