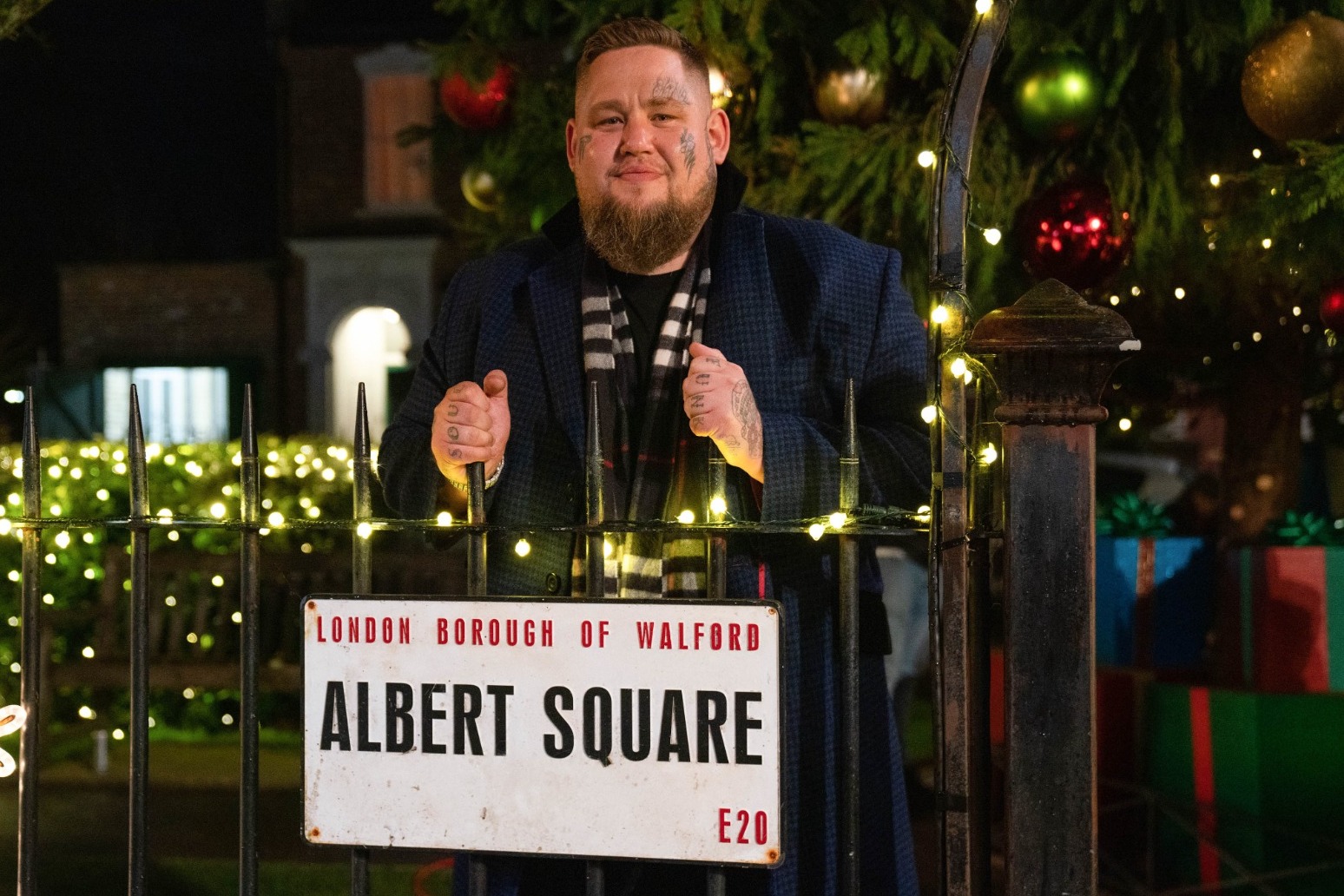 Rag ‘n’ Bone Man is set to delight residents in Albert Square as he makes a surprise festive appearance on EastEnders tonight.

The award-winning singer, who is a huge fan of the long-running soap, is persuaded by Rocky to give a special performance and a charity carol fundraiser.

Despite tensions running in the lead up to Janine and Mick’s wedding, Rag ‘n’ Bone Man delivers some much needed Christmas cheer with a show dedicated to the couple.

Rag ‘n’ Bone Man, real name Rory Charles Graham, described his cameo as “one of the best days of my life”.

“In the words of Gabrielle ‘dreams can come true’. Thanks to everyone at EastEnders for one of the best days of my life,” he said.

“So, when an opportunity came up in one of our stories it was the perfect moment for us to ask him to not only appear, but also perform in Albert Square.

“We are all thrilled that he said yes and we hope the audience enjoy the special Christmas treat, as much as everyone at EastEnders enjoyed having Rag ‘n’ Bone Man in Walford.”

This episode with Rag ‘n’ Bone Man will air tonigh (Friday December 23) on BBC One and iPlayer.