Rail strike to go ahead next week 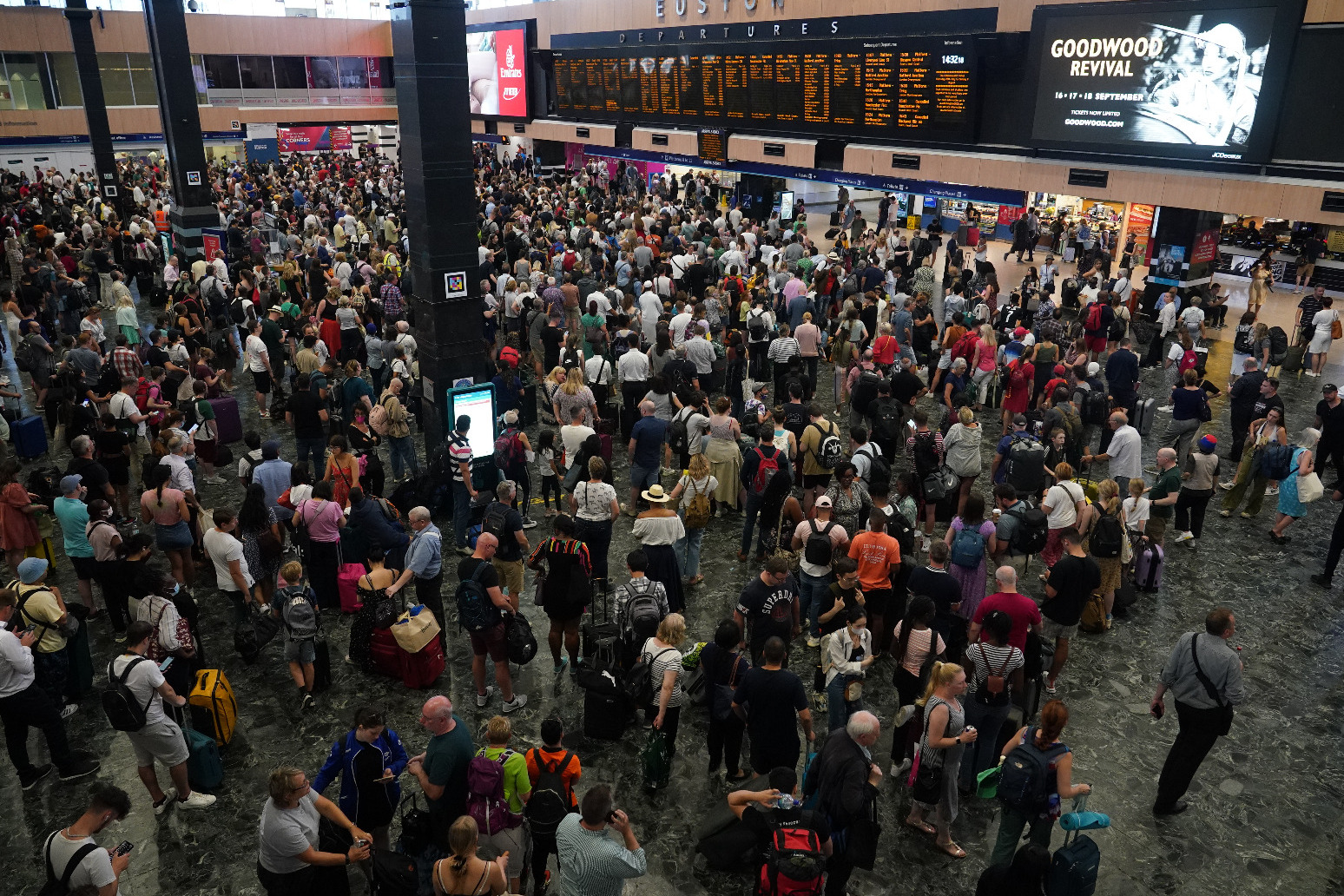 Members of the RMT Union, and the TSSA will walk out on Wednesday

A strike by more than 40,000 workers at Network Rail and 14 train operating companies will go ahead next week after talks failed to resolve a bitter dispute over pay, jobs and conditions.

Members of the Rail, Maritime and Transport union (RMT) will walk out on Wednesday July 27, crippling rail services across the country.

The Transport Salaried Staffs’ Association (TSSA) has also announced a strike by its members at Avanti West Coast on the same day.

RMT general secretary Mick Lynch said: “Strike action will take place next Wednesday as planned and our members are more determined than ever to secure a decent pay rise, job security and good working conditions.

“Network Rail have not made any improvement on their previous pay offer and the train companies have not offered us anything new.

“In fact Network Rail have upped the ante, threatening to impose compulsory redundancies and unsafe 50% cuts to maintenance work if we did not withdraw our planned strike action.

“The train operating companies have put driver-only operations on the table along with ransacking our members’ terms and conditions.

“RMT will continue to negotiate in good faith but we will not be bullied or cajoled by anyone.

“The Government need to stop their interference in this dispute so the rail employers can come to a negotiated settlement with us.”

Transport for London (TfL) said while the industrial action does not involve its staff, varying degrees of disruption are expected on the District and Bakerloo Tube lines, London Overground, and the Elizabeth line, which all share some sections of track with Network Rail.

Passengers should also expect some disruption on the morning of July 28 with a later start to services as signalling staff return to work.

On July 30, members of the drivers’ union Aslef at eight train operators across the country will go on strike.

Andy Lord, TfL’s chief operating officer, said: “The upcoming strike action will mean disruption for some of our customers, with the London Overground, Elizabeth line, and London Underground services being affected.

“I encourage customers to check before they travel as the levels of service will vary on different modes of transport and different days. Alternative travel, including buses and other Tube lines, is likely to be much busier than usual.”

Tim Shoveller, Network Rail’s lead negotiator, said: “Once again the RMT Executive has walked away from ongoing and constructive talks that could have avoided next week’s strike and it’s now abundantly clear that their political campaign is taking precedence over representing their members’ interests.

“A two-year, 8% deal with a no-compulsory-redundancy guarantee and other benefits and extras was on the table and they have walked away without giving their members a voice or a choice.

“Our door remains open to try and avert this pointless action that will cost strikers dear. We will now consider how we will move forward with our reform plans despite the RMT obstinacy.”

A Department for Transport spokesperson said: “It’s now clearer than ever that the RMT has no interest in engaging in constructive discussions and is hell-bent on creating further misery for passengers across the UK.

“This action is a cynically timed attempt to derail the start of the Commonwealth Games, one of the first major events the country has been able to look forward to since the pandemic.

“As well as those travelling to the Games, RMT’s actions will affect people in need of urgent care, hardworking families off on long-awaited holidays and day trips, and businesses – all while a fair two-year, 8% deal hasn’t even been put to their members.

“The rail industry has to modernise and be brought into the 21st century for the benefit of passengers and staff. We’re extremely disappointed to see that instead of staying at the table, RMT executives have chosen to walk away once more. We continue to encourage RMT to do the right thing by their members and passengers alike and call off the strikes.”

Phil Whittingham, managing director of Avanti West Coast, said: “I would like to thank our customers for being patient and understanding during the last set of strikes in June. It’s extremely disappointing that the RMT and TSSA have decided to disrupt customers’ lives once again and cause more misery and frustration.

“This is the beginning of the summer holidays and will ruin plans for people intending to use our services to get away on a well-earned break. It also falls on the day of the Uefa Women’s Euros semi-final and the day before the start of the Commonwealth Games, which will welcome thousands of visitors from around the world.

“We urge the unions not to press ahead with industrial action and to work with us on securing the long-term future of the railways.

“We’re strongly advising customers to only travel where absolutely necessary on our route during the strike and instead make their journeys on alternative days or claim a full refund. We understand some people will have no choice but to travel and they should check our website for the latest updates before travelling.”