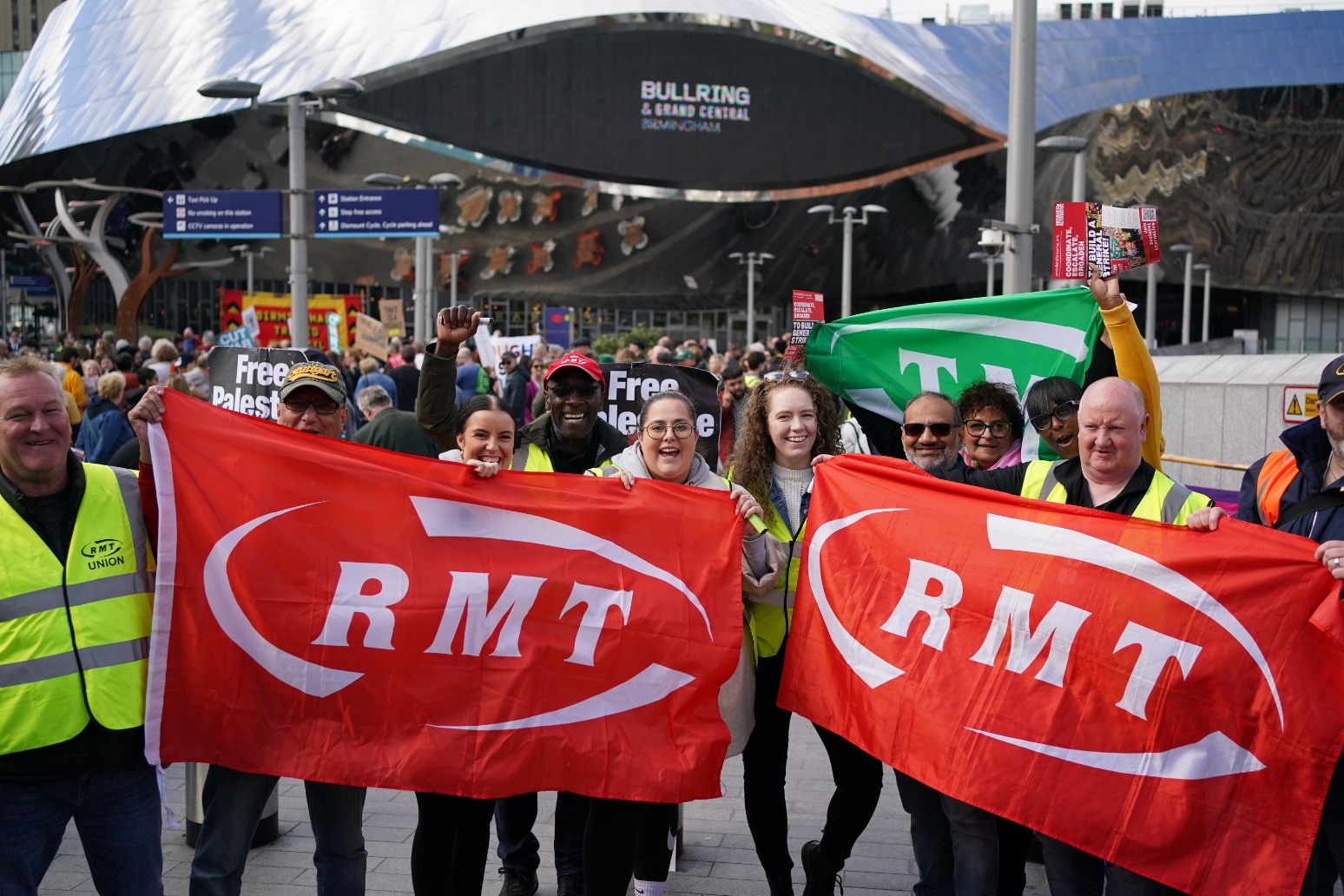 A series of planned strikes by railway workers in a long-running dispute over jobs, pay and conditions has been suspended.

Members of the Rail, Maritime and Transport union (RMT) had been due to stage 24-hour walkouts on Saturday and next Monday and Wednesday.

The RMT said it has secured “unconditional” talks on Network Rail (NR) and the promise of a pay offer from the train operating companies.

The union said the dispute remains “very much live” and it is continuing its re-ballot of members to secure a fresh mandate for action with the result due on 15 November.

“We have always wanted to secure a negotiated settlement and that is what we will continue to push for in this next phase of intensive talks.

“Our priority is our members, and we are working towards securing a deal on job security, a decent pay rise and good working conditions.

“Our re-ballot remains live and if we have to take strike action during the next six months to secure a deal, we will.”

Tim Shoveller, Network Rail’s chief negotiator, said: “It’s welcome news that the RMT has called off its strikes but the very late notice means that services for tomorrow cannot be reinstated and will remain extremely limited, and while we, and our train company partners, will work without pause over the weekend, there will be limited ability to change the ‘strike timetable’ for Monday.

“Our advice remains to please check before you travel and on Saturday and Monday and only travel by rail if absolutely necessary.

“We look forward to getting back round the table with all our trades unions early next week to see if the progress made this week can be built on, and a resolution found.”

A spokesman for the Rail Delivery Group said: “It is positive that the RMT leadership have stepped back from the brink and called off their strike action.

“Unfortunately, the late notice means that while train companies are working hard to reinstate services, they will remain severely disrupted for our passengers tomorrow and into the early part of next week.

“Our advice remains to please check before you travel and on Saturday and Monday only travel by rail if necessary.

“We remain committed to intensive negotiations to agree the reforms needed to improve reliability, deliver a pay rise for our people and get the industry back on a sustainable financial footing.”

The RMT said NR had originally declared discussions and consultations closed and was intent on imposing changes to maintenance without agreement with the union.

“This takes away the reason for the current phase of action and means talks can continue without pre-conditions unilaterally set down by the company,” said the RMT.

Transport Secretary Mark Harper said: “This is a positive development for passengers up and down the country but the very late notice means, unfortunately, there will still be significant disruption across the network tomorrow and into Monday.

“We encourage unions and employers to continue their negotiations and calling off these strikes has given those talks a better chance of success.

“It is vital, for passengers and workers alike, that all parties continue to work together and deliver a modern railway we can all be proud of.”