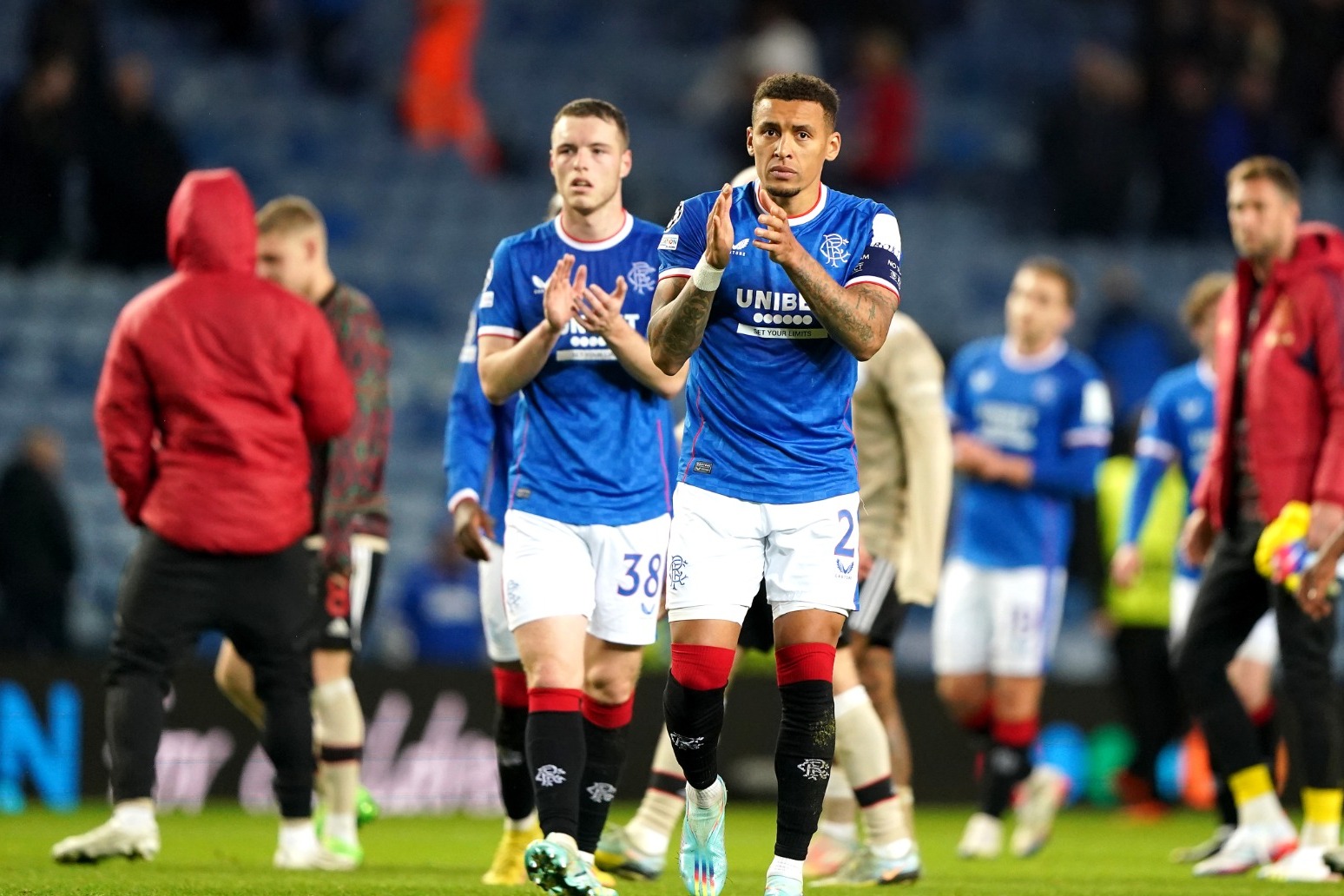 Giovanni van Bronckhorst spoke ruefully of a “very difficult” Champions League campaign after Rangers were left with an unwanted group stage record following their 3-1 defeat by Ajax at Ibrox.

The Dutch side were comfortably ahead at the interval with goals from Steven Berghuis and Mohammed Kudus.

Gers skipper James Tavernier scored a late penalty but Ajax substitute Francisco Conceicao soon restored the visitors’ two-goal lead and after six Group A defeats out of six, the Govan side have -20 goals – including a 7-1 defeat by Liverpool at Ibrox – which is the worst ever performance in a group stage of the competition.

Napoli and Liverpool were already through before the Reds’ 2-0 win over the Italian side at Anfield and Ajax will go into the Europa League, with the Govan side left licking their wounds.

The Gers boss, admittedly hampered by 10 players out through injury and suspension, said: “It’s disappointing. We’ve had a lot of disappointing experiences in Europe with a lot of big losses.

“It started really well with those big wins against Union and PSV to qualify for the Champions League.

“But after playing these six games you can see the difference in levels with the teams we competed against.

“It was very difficult for us to get results. It’s always difficult because you know the gap is there but you don’t want to concede as many goals as we have.

“You can see in this campaign that the goals we have conceded have been too much, especially Liverpool at home here.

“Against teams of the highest quality we have struggled in those moments. It’s a big learning experience for us.

“That has been hard for us. We were all happy to reach the Champions League because we hadn’t been at this level for 12 years.

“But the other side of that is you are facing so many good teams and that has to be the learning point for us.

“Of course we want to be involved again next year, but this season has been hard and we have to do better than we did this season.”

Van Bronckhorst railed against the idea that Rangers should have spent more on his squad in the summer.

The former Rangers player added: “I know that the club will do everything to try to build the strongest squad we have.

“I have read many stories that we struck gold with so many millions coming in. It’s not true. It’s not true…all the figures. We don’t have that budget to spend.

“So that’s another thing we saw at the beginning – that (because) we play Champions League so now we have £40million extra.

“Not true. It creates an expectation that we can buy new players.

“The way we bought the players this season was to qualify for the Champions League but I don’t think the club will spend millions and millions if the money isn’t there.”