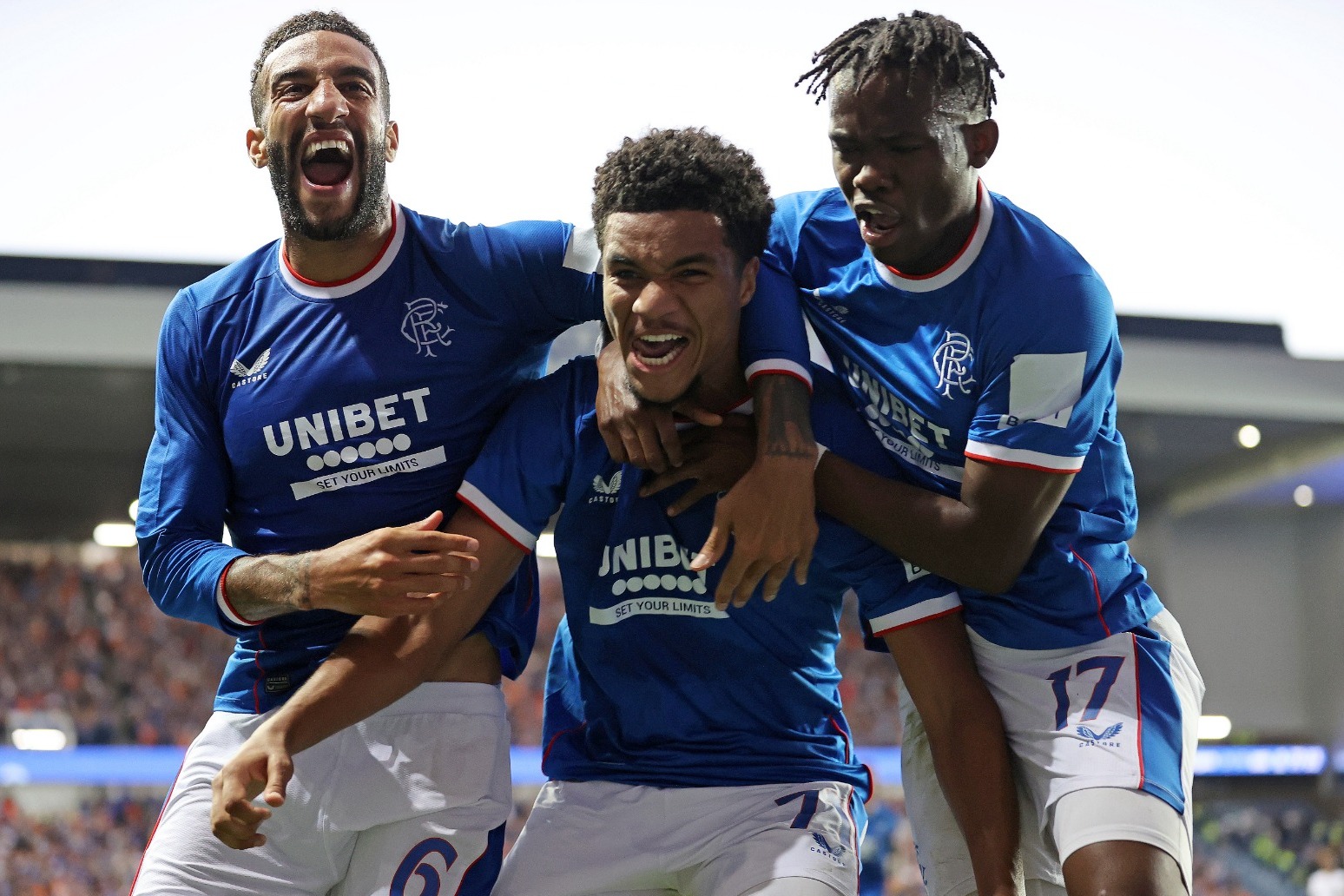 Malik Tillman dedicated Rangers’ thrilling 3-0 Champions League qualifying win over Union Saint-Gilloise to the fans who roared them into the play-off with a 3-2 aggregate triumph.

The pressure was on Giovanni van Bronckhorst’s side on Tuesday night after last week’s 2-0 defeat in Belgium and it was noted before the return game at Ibrox that the Light Blues had never overcome such a first-leg result in Europe.

However, a James Tavernier penalty just before the break set up an exhilarating second half and goals from striker Antonio Colak and 20-year-old Tillman – his first for the Govan club since signing on loan from Bayern Munich – saw off the visitors, who had Lazare Amani sent off in stoppage time.

Rangers will now play PSV Eindhoven in the play-off, with the first game in Glasgow next Tuesday, and a delighted Tillman told RangersTV: “It was an amazing feeling.

“After the game last week we needed Ibrox and the fans and a big game from us.

“I think we did pretty well so thanks to the fans for pushing us every minute. It was for them.

“It was crazy. I think when you have these kind of fans, it’s just an amazing feeling to play in front of them.

“They push you forward every single second. It was just amazing.”

Tillman was delighted to get off the mark at Ibrox with such an important goal – in the 78th minute he leaped high above USG keeper Anthony Moris to head in a looping cross from left-back Borna Barisic – but insists that the Gers squad will have to remain focused as they now prepare for the cinch Premiership game against St Johnstone at Ibrox on Saturday before the home game against Dutch side PSV next Tuesday.

He said: “It’s always nice to help the team, but it was the win for the team not only for me.