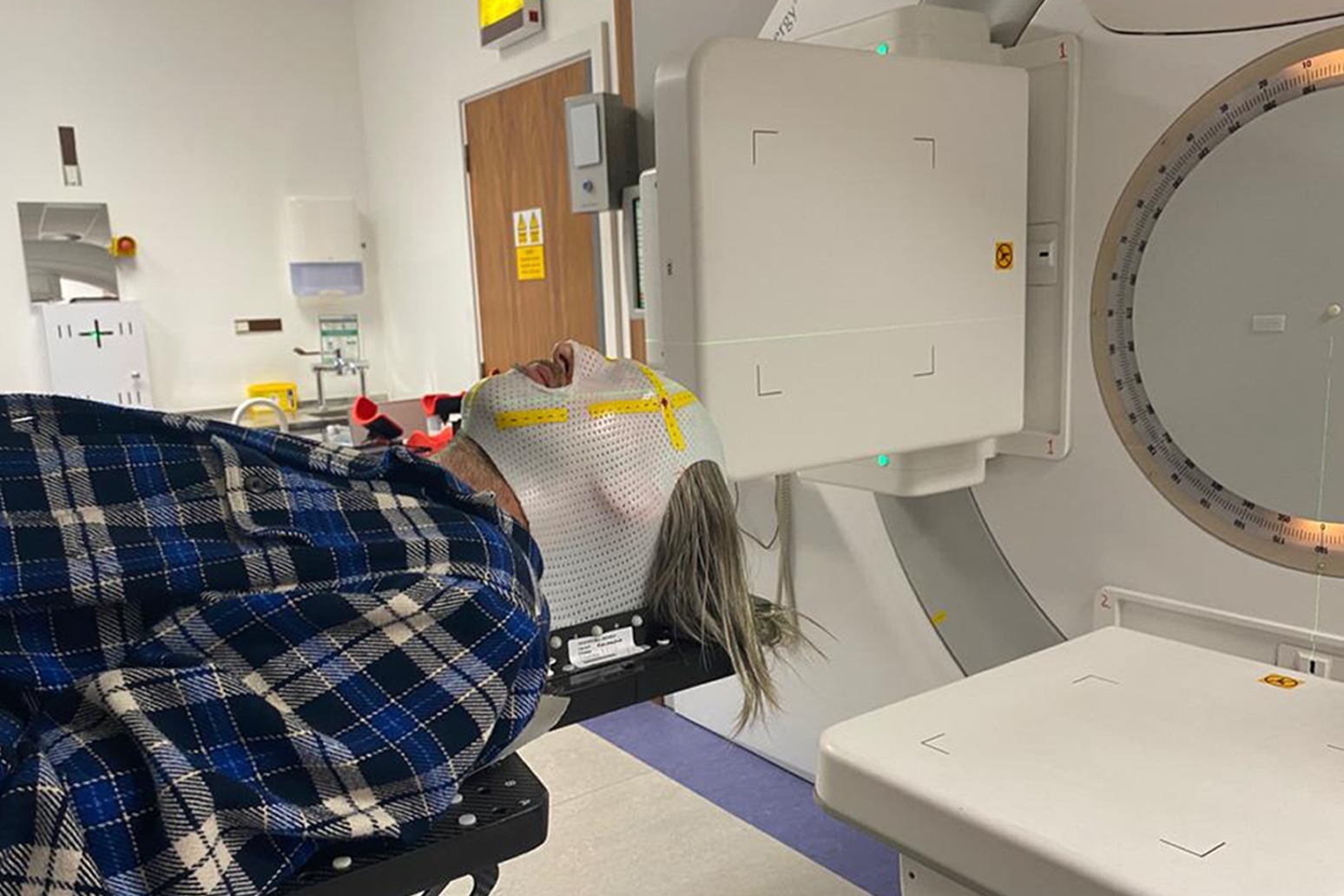 A woman who has been left with facial paralysis and no tear function in her right eye after she was diagnosed with a brain tumour following 18 months of misdiagnosis hopes a simple test will speed up the process for others.

Heather Dearie, 35, from Ayrshire, visited her GP more than 10 times with symptoms over an 18-month period before being diagnosed with an acoustic neuroma brain tumour.

The “Noah’s Ark” task asks participants to name as many animals as they can in 60 seconds and could help GPs identify patients with common symptoms such as headaches who are most likely to have a brain tumour, the study from the University of Edinburgh suggests.

By the time Ms Dearie’s tumour was diagnosed, she required emergency surgery to relieve pressure on her brain from a build-up of fluid.

She said: “This could be a really significant advance. We urgently need to find new tools to support GPs and I really hope this test will help speed up the diagnosis process and help enable more people to get the treatment they need as quickly as possible.

“Having my brain tumour diagnosed earlier could have changed my life completely and meant I would have had little to none of the lifelong side effects I have now.

“I was misdiagnosed for 18 months before my tumour was finally discovered and by then it was too late for any alternative treatment to surgery, which caused facial paralysis, 50 per cent deafness, balance and vision issues, fatigue, nerve damage, muscle spasms.

“I’ve had to have four corrective surgeries which I wouldn’t have needed had the tumour been found earlier. I’m in constant pain and it’s affected every aspect of a normal life.”

Funded by The Brain Tumour Charity, the study involved 270 people. Those with brain tumours were found to have significantly lower scores than those presenting with headaches but did not have a tumour.

The test is already used in assessing cognitive function for patients with neurological conditions – including brain tumours – but researchers say this is the first time it has been investigated as a way to speed up the diagnosis of brain tumours.

This could reduce diagnosis times for people with brain tumours and enable prompt access to treatments and maximising their quality of life, but further research is needed to validate and optimise the test.

Dr Paul Brennan, a consultant neurosurgeon at Edinburgh’s Western General Hospital who led the study, said the first symptoms experienced by those with brain tumours are often “non-specific”.

He said: “The first symptoms experienced by patients with a brain tumour are often non-specific, such as headache, where a non-tumour diagnosis is much more likely.

“For example, for every 1,000 people presenting to a GP with headaches, just one or two will have a brain tumour.

“Our study showed that a simple language test, which can be quickly and easily administered, could help GPs decide who is most likely to have a brain tumour.

“Our findings are important in demonstrating proof-of-concept and we now need to validate this test in a larger group of patients to prove whether it could help guide referral for suspected brain cancer.

“Reducing time to diagnosis for people with a brain tumour remains critical as it means more rapid access to treatment, which is crucial to maximising patients’ quality of life.”

Around 1,000 adults in Scotland are diagnosed with brain tumours annually.

Just 12% survive the first five years following diagnosis and life expectancy for those with brain tumours is reduced by around 27 years on average.