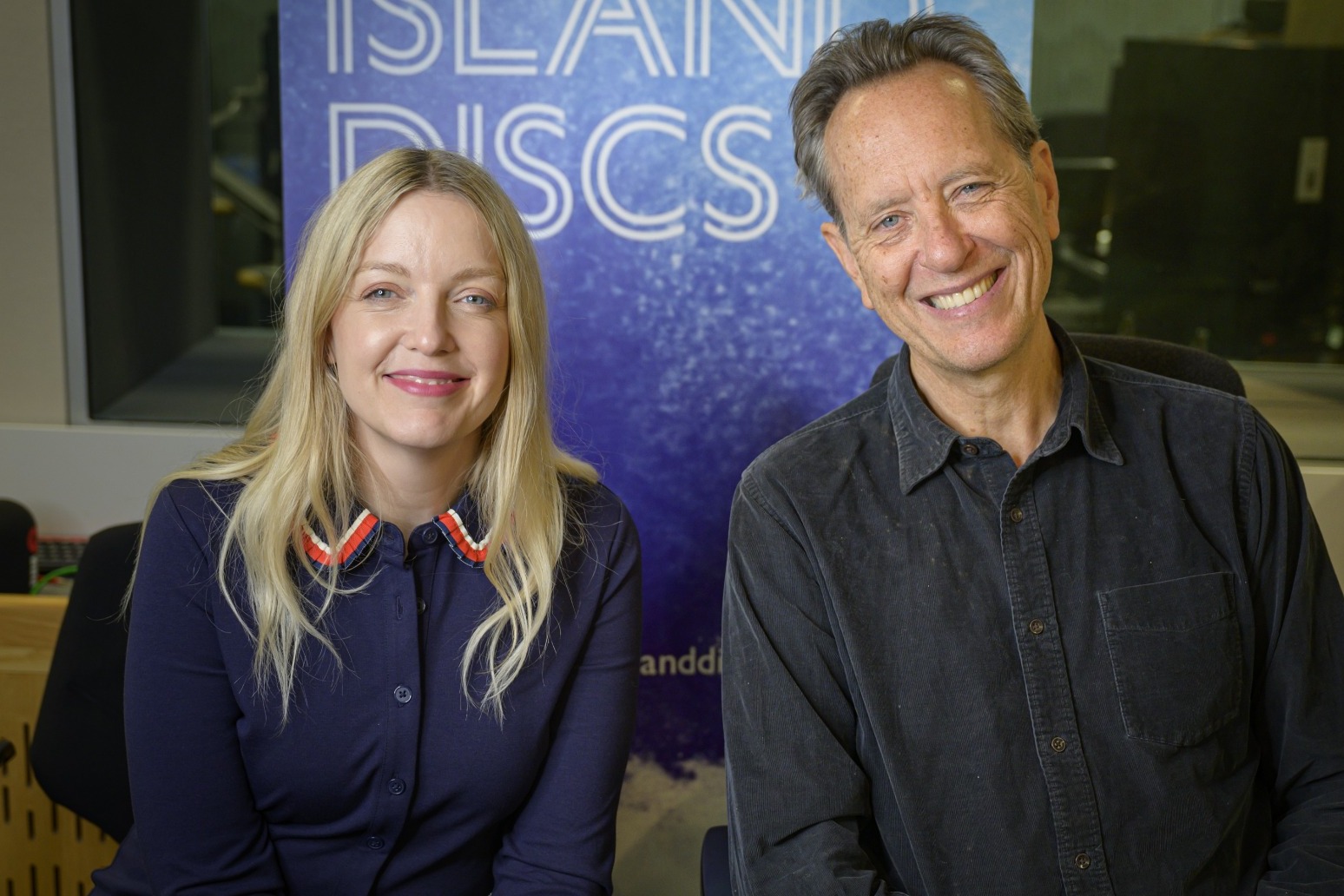 Richard E Grant says ignoring the fact that a loved one has died makes it feel “like that person’s life didn’t count”, as he described facing the loss of his wife.

The Oscar-nominated actor said that the coronavirus lockdown had given him the “extraordinary gift” of time with his wife Joan Washington, who died in September 2021 after being diagnosed with terminal cancer.

Speaking on BBC Radio 4’s Desert Island Discs, he said music had been an emotional support for him through his grief and was key to “the fantasy of finding that person you loved”.

Grant married Washington in 1986, shortly after he had moved to London from Swaziland (now Eswatini) to pursue a career in acting.

He recalled meeting his wife, a dialect coach, who he described as a “very feisty, spike-haired, kicker-booted, boiler-suited woman”, and begging her to take him on privately as a client.

Washington was diagnosed with lung cancer in late 2020 and told that she had 12 to 18 months to live, though died after eight.

“Because of the nature of my job, you never know what you’re going to be doing next, so there’s always this low-level hum of anxiety,” he told host Lauren Laverne.

“So between Covid where everything stopped… all of that time together was an extraordinary gift.

“It meant that you had to live in the moment as much as possible rather than trying to project into the future.”

He said that his wife had been “determined” that no one should know about her diagnosis, but that he and their daughter had persuaded her to tell people because it was “too much of a burden”.

“She reluctantly agreed to this and then was astonished by the avalanche of support that we got, from flowers to ice cream,” he said.

“Nigella Lawson cabbed over food that she cooked every Sunday, which was practical, loving and extraordinary.”

Asked how he thought people should react to those grieving or taking care of an ill loved one, he said: “Don’t ignore the fact that that person is either ill or has died because if you ignore it it feels like that person’s life didn’t count or didn’t register.

“That feels more hurtful and I find it difficult not to be judgemental towards people who flatly react as though it never happened.”

One of Grant’s song choices was an Eva Cassidy cover of Field’s Of Gold by Sting, saying it “never fails to reduce me”.

Becoming audibly emotional during the song he added: “I have no religious conviction whatsoever, but the fantasy of finding that person that you’ve loved again is what you long for.

“Music is the emotional wallop or the key to understanding everything in a way that goes beyond language.”

Tragedy had also struck previously for Grant one week into filming Withnail And I, when he and Washington lost their first daughter Tiffany, who was born prematurely.

“Grief is something you have to navigate your way through and around and I don’t know that you ever get over it,” he said.

“I suppose there’s a part of me that doesn’t want to get over it because getting over it, people saying ‘time heals everything’ – I don’t agree with that.

“It implies that you’re forgetting about that person or disregarding them whereas these things have such a lasting impact on you that I never want to forget.”

He and Laverne also discussed his prolonged estrangement with his mother after discovering her cheating on his father, and their subsequent divorce – though they later reconciled.

Grant revealed his father had turned to drinking following the divorce and once tried to kill him after he poured away his alcohol.

“Having said that, my memory of him is so much more than remembering that part of him because I knew that that was something that was entirely brought about by addiction rather than the man that I absolutely worshipped and loved,” he said.

The full interview on Desert Island Discs is available on BBC Sounds.