Rise in children vaping across Britain influenced by social media 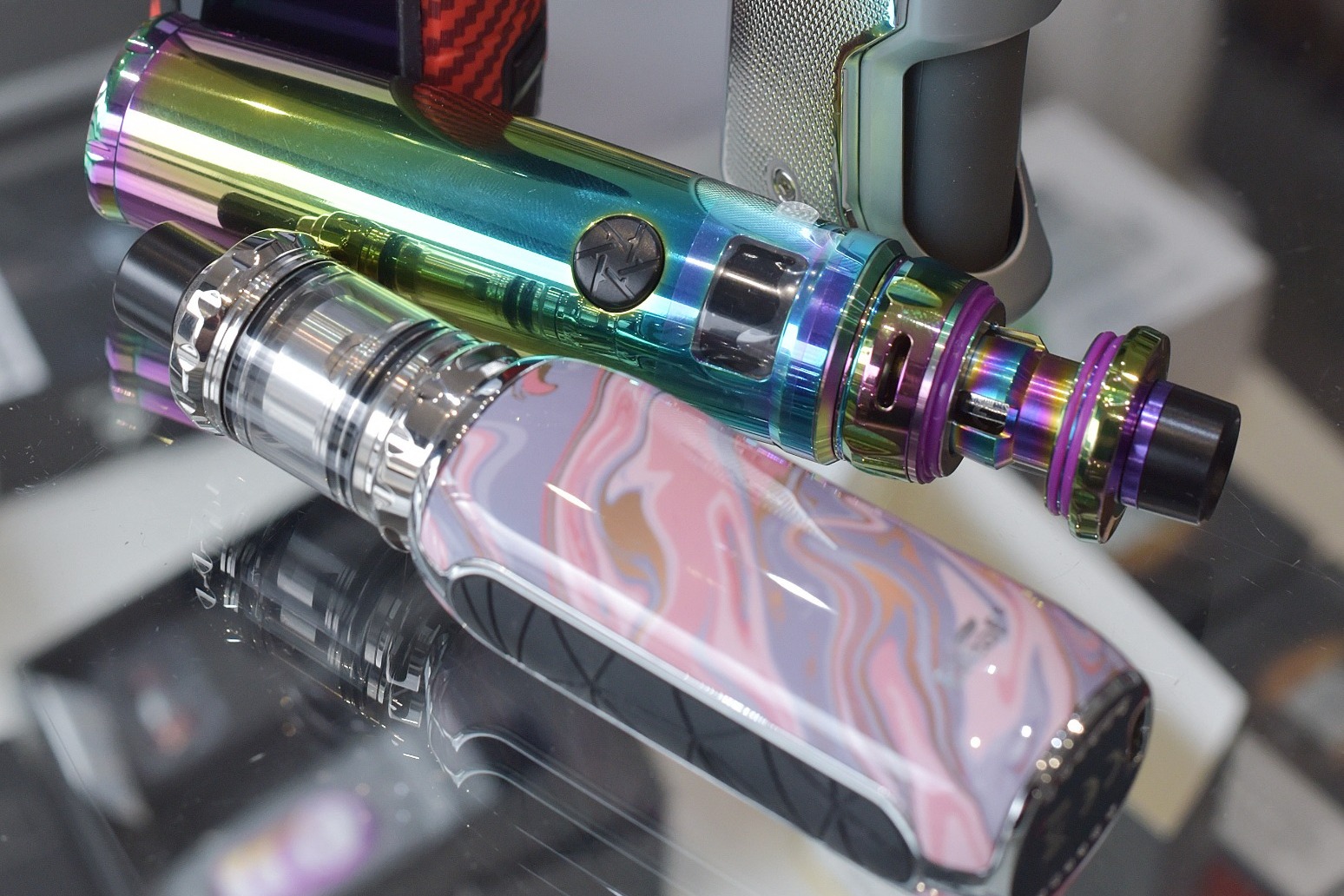 The proportion of children vaping is on the rise, with many being influenced by social media sites such as TikTok, according to a new report.

The study, shared exclusively with the PA news agency, shows newer, disposable e-cigarettes are increasing in popularity. They cost around £5 each and come in a wide range of fruity flavours.

Data from the survey of children, carried out for Action on Smoking and Health (ASH) and part-funded by the Department of Health, shows many youngsters are attracted to the devices, which appear on social media sites such as TikTok and Instagram.

Some 52% of youngsters who vaped said disposable e-cigarettes were their favoured product – a dramatic rise on the 7% who said the same thing in 2020.

Over the last year, a new generation of disposable vapes known as ‘puff bars’ – which contain nicotine – have come on to the market.

The most popular brands are Elf Bar and Geek Bar, according to the report, with only 32% of young vapers saying they use a different brand.

While it is illegal to sell vapes to under-18s, social media carries posts from teenagers showing the new vapes and discussing the flavours, which include pink lemonade, strawberry banana and mango.

Some 2,613 children across Great Britain took part in the survey, carried out by YouGov in March, which informed ASH’s report.

The overall results showed that while “regular use of e-cigarettes has significantly increased”, most (84%) of 11 to 17-year-olds have never tried e-cigarettes, and the vast majority of current vapers are smokers or former smokers.

For the first time this year, the survey asked youngsters about awareness of the promotion of e-cigarettes.

Over half (56%) of 11 to 17-year-olds were aware of e-cigarette promotion, with awareness highest amongst those who had ever vaped (72%).

TikTok was mentioned most often as the source of online promotion (cited by 45% of children), followed by Instagram (31%) and Snapchat (22%).

Underage vapers were most likely to get their vapes from shops (47%), while 10% buy them online and 43% are given them. Fruit flavours remain the most popular type (57%), according to the survey.

When it comes to why youngsters vape, ‘just to give it a try’ is still the most common reason given by never smokers for using an e-cigarette (65%).

Around one in 10 current vapers are using e-cigarettes to try to quit tobacco.

Deborah Arnott, chief executive of ASH, said: “The disposable vapes that have surged in popularity over the last year are brightly coloured, pocket-size products with sweet flavours and sweet names.

“They are widely available for under a fiver – no wonder they’re attractive to children.”

She said more funding was needed to enforce the law against underage sales and action was needed on child-friendly packaging and labelling, and promotion on social media.

“Online platforms don’t need to wait, they must act now,” she said.

“The flood of glamourous promotion of vaping on social media, in particular TikTok, is completely inappropriate and they should turn off the tap.”

Ann McNeill, professor of tobacco addiction at King’s College London and author of a forthcoming review of e-cigarette evidence for the Government, said: “The rise in vaping is concerning and we need to understand what lies behind this such as packaging, accessibility, taste or addictiveness.

“Our response must be proportionate given smoking is a much bigger risk to the health of young people and good evidence that e-cigarettes can be an effective stop smoking aid.

“Government should ensure existing laws are enforced and identify where regulations could be extended.

“However, this must be done alongside securing a much quicker decline in young people taking up smoking and helping more smokers to stop.”

Gillian Golden, chief executive of the Independent British Vape Trade Association (IBVTA), said: “Social media platforms supposedly have policies to prevent promotion of vapes to children, but they do little to enforce them.

“We monitor and report infringements to social media platforms, but they rarely take any action, with TikTok being the worst offender.

“Businesses that illegally sell products to under-18s are also more likely to break the law by selling products that do not comply with UK regulations.

“Most retailers and importers don’t sell to children and want tougher enforcement to ensure that others don’t either.”

A spokeswoman for TikTok said: “At TikTok, nothing is more important than keeping our community safe, especially our youngest users.

“Regardless of a user’s age, we strictly prohibit content that depicts or promotes the sale, trade or offer of tobacco, including vaping products, and we will remove any content found to be violating our community guidelines.

“We also do not recommend content that shows or promotes tobacco products in TikTok users’ feeds.”

Earlier this year, the Chartered Trading Standards Institute carried out 442 test purchases in shops, resulting in 145 illegal sales to under-18s.

John Herriman, chief executive of the Chartered Trading Standards Institute, said more cash was needed but added: “Trading Standards teams are doing their best to protect young people from underage sales of both vapes and tobacco.”