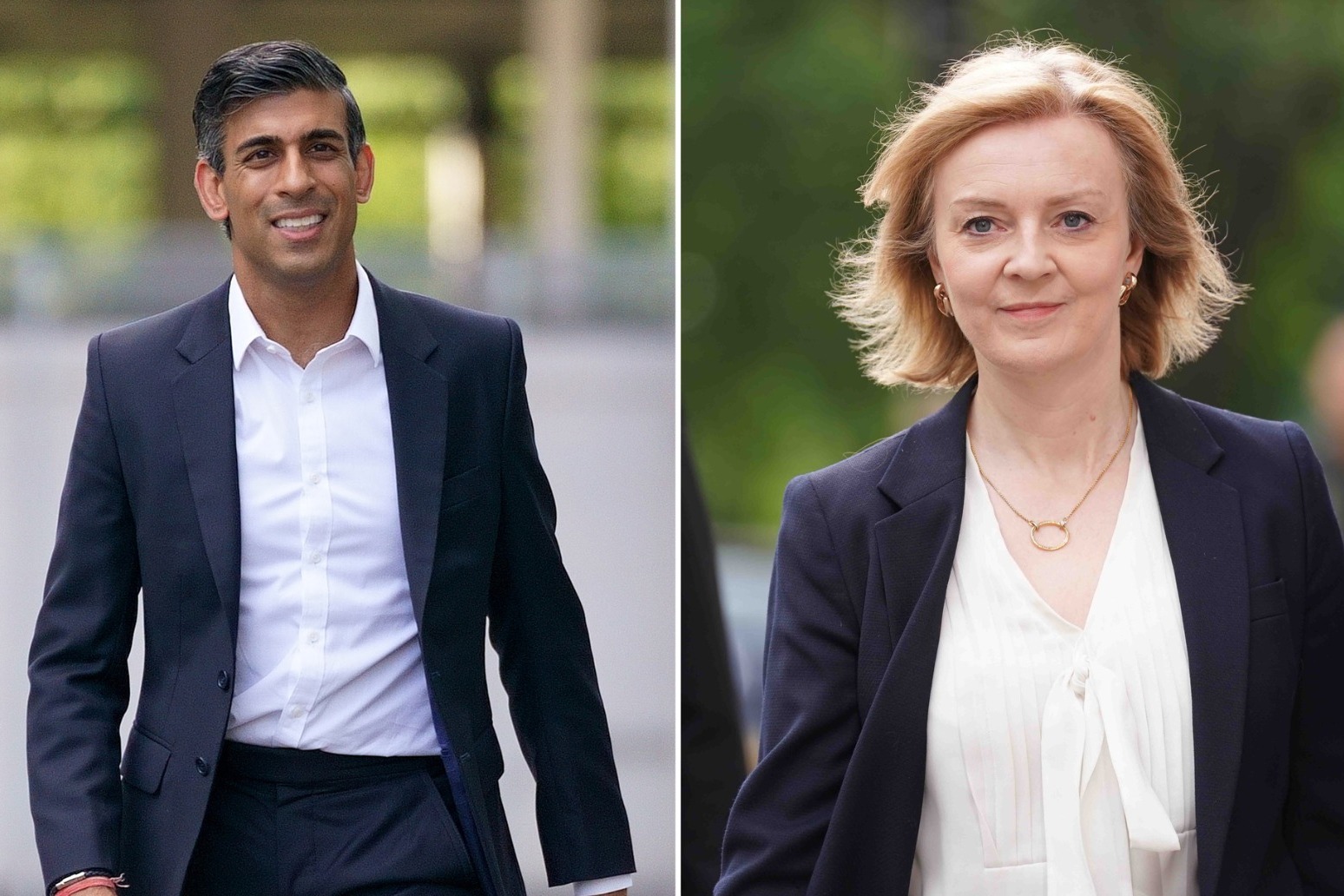 Liz Truss and Rishi Sunak will go head-to-head once again in the penultimate hustings of the Tory leadership race on Thursday.

Both candidates have offered eye-catching policies to woo local Tory voters, even as the cost-of-living crisis and soaring energy bills continue to overshadow the contest.

Mr Sunak, who is believed to be on course for defeat in the contest, made a trip back to his home city of Southampton on Wednesday, where he hit out once again at the economic plans put forward by his rival.

“Inflation has got to be the priority and that is why I will grip it in a way that no-one else will,” the former chancellor said.

He added: “Actually, alternative plans that are complacent about the risk of inflation pretend that we can just borrow tens of billions of pounds and that there are no hard choices for Government, I don’t think are realistic.”

It comes as Mr Sunak continues in his bid to drum up some last-minute support among voters, with The Daily Telegraph newspaper carrying details of an interview the former chancellor gave to the Spectator magazine in which he said that one of the major mistakes of the Government’s handling of the pandemic was “empowering” scientists.

“We shouldn’t have empowered the scientists in the way we did,” he is quoted as saying.

“And you have to acknowledge trade-offs from the beginning. If we’d done all of that, we could be in a very different place. We’d probably have made different decisions on things like schools.”

Ahead of the Norwich hustings Ms Truss put her focus squarely on the issues facing the East Anglian area, citing her plans of tax cuts, supply-side reform, better regulation and targeted investment zones.

Ms Truss also pledged to tackle trade union strike action, such as that at the Port of Felixstowe this week.

But as the Tory leadership contest begins to enter its final stages after a long summer of party in-fighting, calls are growing for urgent Government action to support households through what is predicted to be a difficult winter.

In Ukraine for a surprise visit to Kyiv, Prime Minister Boris Johnson said: “If we’re paying in our energy bills for the evils of Vladimir Putin, the people of Ukraine are paying in their blood.”

Supply issues linked to Russia’s invasion of Ukraine are one reason behind rapidly rising power bills – with recent warnings suggesting the average amount UK households pay for their gas and electricity could reach £6,000 next year.

Chancellor Nadhim Zahawi, in an interview on Wednesday, insisted “nothing is off the table” when it comes to action on soaring energy bills, while also adding that a freeze in the price cap would not deliver “targeted help” for those who need it most.

But Labour has called on both Tory leadership candidates to expand the windfall tax on oil and gas companies if they become prime minister, as the energy price cap is set to rise again.

Shadow climate change secretary Ed Miliband said it was “intolerable” that Mr Sunak and Ms Truss had not offered “serious proposals” to address the crisis.

His call for action comes as energy regulator Ofgem is set to announce the autumn price cap for energy bills on Friday.

“We are now less than 24 hours away from the energy price cap rising yet again, but we have heard no serious proposals from the Conservative leadership candidates on how to stop this national emergency,” Mr Miliband said.