Rishi Sunak to be officially appointed Prime Minister by King 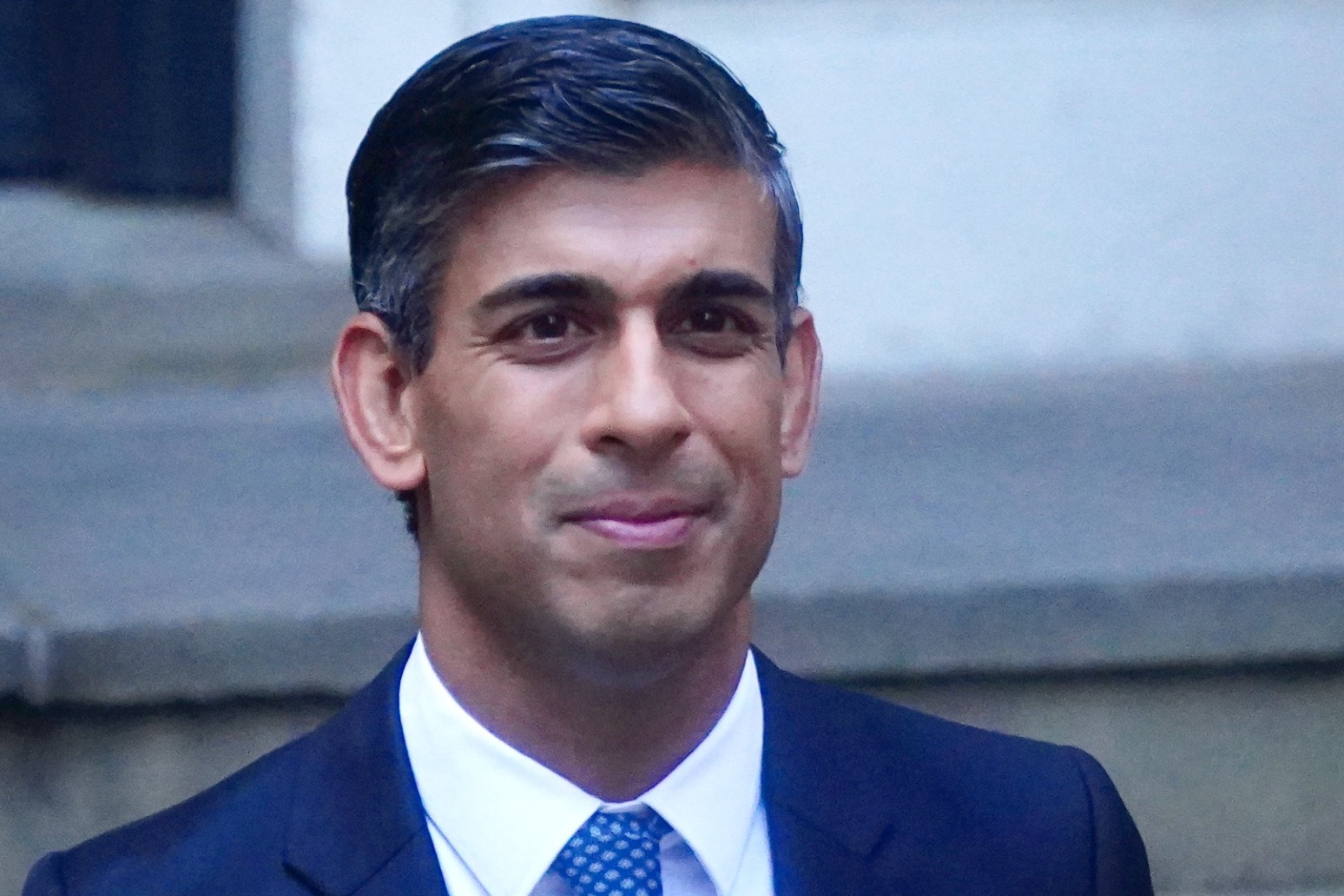 Rishi Sunak will be appointed as the country’s next prime minister by the King and look to build a new Cabinet that might unite a fractious Tory party.

He won the Tory leadership contest without a vote being cast after rivals Penny Mordaunt and Boris Johnson dropped out, and will replace Liz Truss in No 10 on Tuesday.

The handover of power will see Ms Truss, who quit last week after only six weeks in the top job, hold her final Cabinet meeting and give a farewell speech in Downing Street before formally tendering her resignation to Charles at Buckingham Palace.

Once she has left, it will be Mr Sunak’s turn to see the King, who will ask him to form an administration.

Mr Sunak is expected to address the nation just before noon, before entering No 10 as the UK’s first Hindu prime minister, the first of Asian heritage, and the youngest for more than 200 years at the age of 42.

The former chancellor will then turn his attention to assembling a top team that he will hope can return a measure of stability to both the Conservatives and the country.

He has been urged to avoid Ms Truss’s perceived error of appointing loyalists to key roles, with James Cleverly calling for the overhauled Cabinet to feature the best ministers.

The Foreign Secretary told Sky News: “We have got to have the first 15 on the pitch. I know that Rishi understands that.”

Mr Sunak will look to build a Cabinet of “all the talents” that will see the political return of the “adults”, according to reports.

While his team was remaining tight-lipped about the possible make-up of the team, his long-time backers Dominic Raab, the former justice secretary, Commons Treasury Committee chair Mel Stride and ex-chief whip Mark Harper were tipped to be in it.

Chancellor Jeremy Hunt, who was brought in to steady Ms Truss’s ailing Government and has been working towards a highly-anticipated Halloween fiscal statement, is widely expected to keep the keys to No 11 to try to stabilise the jittery markets.

Ms Mordaunt, who bowed out of the race to hand Mr Sunak a spectacular political comeback as she failed to get the 100 nominations from Tory MPs, is expected to get some kind of promotion – with some speculating that she could replace Mr Cleverly as foreign secretary.

Mr Sunak ruled out an early general election demanded by opposition parties as the Tories move onto their third prime minister on the mandate won by Mr Johnson in 2019.

Mr Harper told BBC Two’s Newsnight: “He commands the majority support in the House of Commons and that’s the basis on which he is entitled to be prime minister and he will govern and deliver the 2019 manifesto.”

He conceded that “of course you have to respond to the challenges you face” when it was put to him that Mr Sunak’s talk of the “profound economic challenge” and Mr Hunt’s warning of “eye-wateringly difficult” decisions on tax and spending signalled a shift away from Mr Johnson’s 2019 promise of an end to austerity.

“You obviously have to evolve, but the basis of our programme are the promises we made in 2019,” Mr Harper said.

He also said Ms Truss’s six-week premiership made Mr Sunak’s job “more difficult”, because of “the way the markets responded”.

Shadow health secretary Wes Streeting reiterated Labour’s call for a general election, saying “the public are clamouring for a say”.

He said: “The Conservative Party is a sclerotic mess. They are chaotic and who’s to say Rishi Sunak isn’t going to be out in six months’ time because you can hear the knives sharpening in Westminster of the disgruntled Borisites … who still think Rishi knifed Boris Johnson in the back.”

Mr Sunak, whose resignation from Mr Johnson’s Government in July precipitated a mass exodus that led to the then-PM’s downfall, on Monday hit the ground running by telling Conservative MPs behind closed doors in the House of Commons they face an “existential moment”.

Three MPs in the room said his message to the party was they must “unite or die”, as they focus on delivering on the public’s priorities during a cost-of-living crisis.

Mr Sunak now has the daunting task of leading the nation through an economic crisis only exacerbated by the chaotic legacy of Ms Truss.

A wave of industrial unrest, a buckling health service and the risk of a nuclear escalation by Russian President Vladimir Putin are only some of the challenges he faces.

Mr Sunak’s ascendency from MP to PM is the fastest in modern political history, having first won the constituency of Richmond in North Yorkshire in 2015.

However, his journey to the top job has not been without its hitches, having been fined alongside Mr Johnson for breaching coronavirus rules and having faced questions over his wife Akshata Murty’s “non-dom” status for tax purposes.