Rocket blasts off from Scottish moor as students aim for space 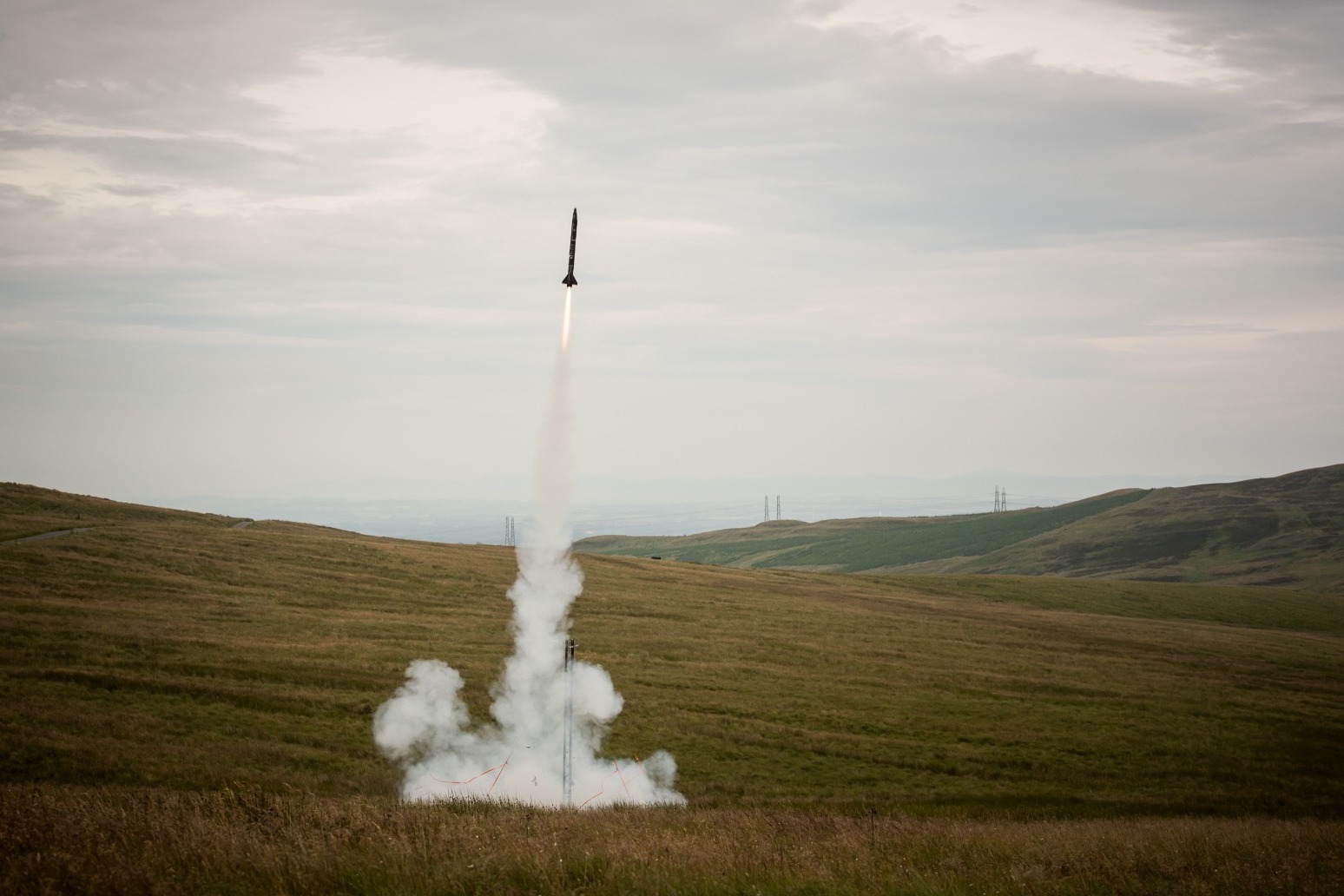 A group of university students have launched a rocket 16,000ft into the air from a moor in Scotland, as they attempt to one day cross the boundary of space.

On Saturday evening, a rocket named Nebula blasted off from Fairlie Moore in North Ayrshire after a “nerve-wracking” effort to prepare it as a launch deadline approached.

It was a test flight for parts which will one day leave the Earth’s atmosphere and bring the rocket back down to the ground.

The project is named after the Karman line, the internationally recognised boundary to space, roughly 100km above sea level.

Powered by solid rocket propellant, the 2.2m long Nebula rocket was designed and built by the university team.

However, they had to fight against time as they tried to assemble their rocket on the remote moor.

Difficulties in preparing it for flight meant their plans to launch were delayed for several hours.

With minutes to go until the officially-approved launch window closed, it finally took off from the moor to cheers of joy from dozens of students.

Nebula tested avionics and telemetry systems which the team aim to use on future rockets which will go beyond the Earth’s atmosphere.

The student-led team ultimately hope to build a nine metre-long rocket which will be powered by ethanol and nitrous oxide.

Nebula’s nosecone separated earlier than planned and the parachutes which were meant to bring it down to ground gently did not deploy properly.

The operations lead for the Nebula launch was Dyuti Chakraborty, 19, who said they still gathered important data about how the rocket functioned.

After the launch, she said: “I think everyone is ecstatic and just so relieved that we could do it.

“We’ve been on this rocket for a very long time and for many of us it’s our first rocket that we’ve ever designed or made.”

She added: “It’s been quite a nerve-wracking couple of days really.

“Travelling all the way up to Scotland from London, doing all the tests, coming down to launch today.

“It’s been one of those days where every minute could change what we were going to do.

“So it doesn’t surprise me that we had five minutes left of the launch window, and launched.”

Ahead of the launch, the project’s deputy leader Sachin Solanki said: “There is a bit of nerves going around but there’s more a sense of confidence.

“We’ve been working on this project for just under a year.

“But everyone’s got the butterflies in their stomach.”

Mr Solanki added: “I think if you start something you should finish it. What we’re trying to do is very ambitious.

“If everyone is determined they should be able to achieve that goal.”

Around 50 students are involved in the project and they plan to cross the Karman line with future versions of their rocket by 2024.