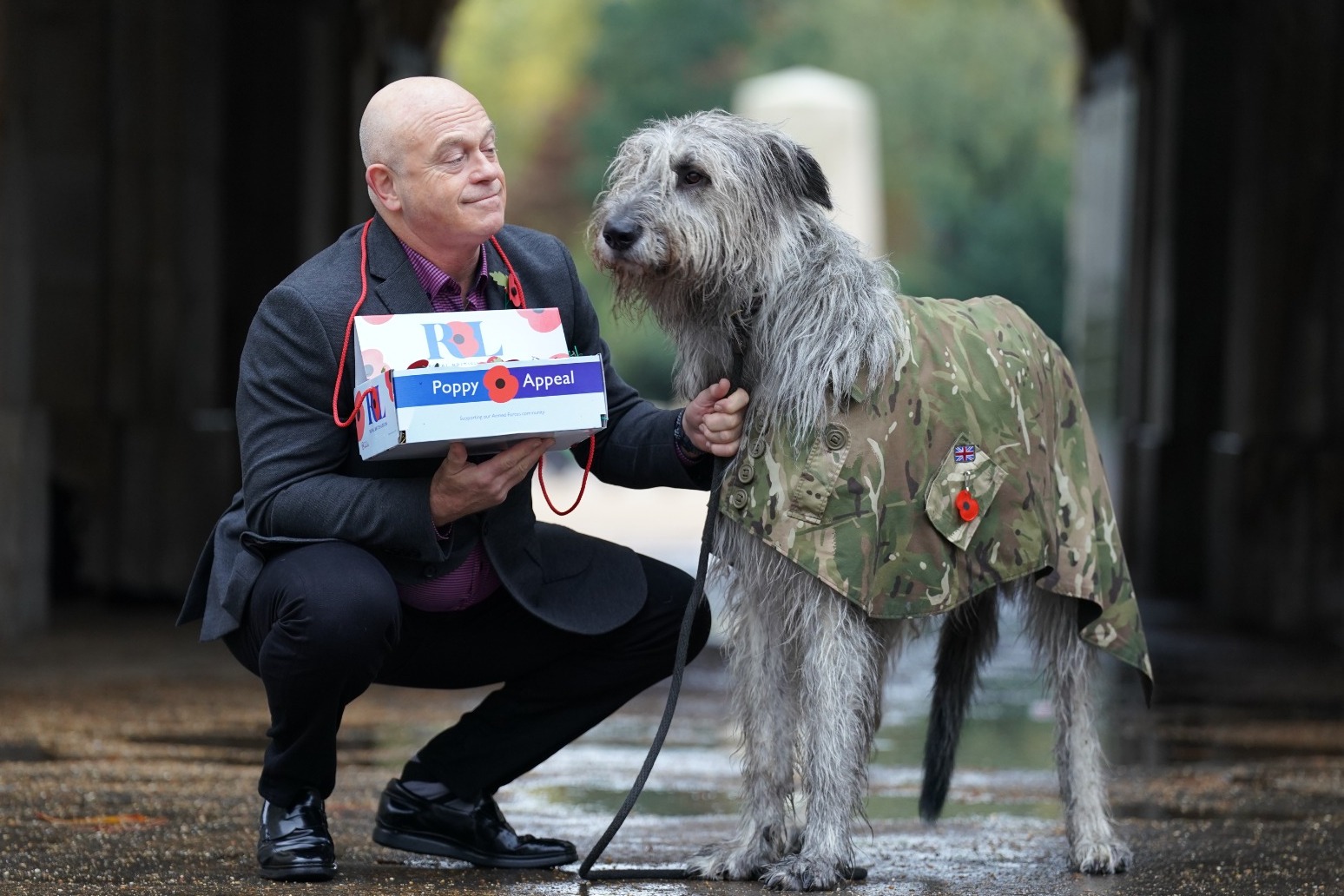 Actor and broadcaster Ross Kemp was encouraging Londoners to pick up a poppy on Thursday with the aim to raise £1 million in one day for the Royal British Legion (RBL).

The RBL ambassador, 58, was seen rallying the troops on Horse Guards Parade alongside members of the Irish Guards and their Irish Wolfhound mascot Seamus on Thursday morning.

Kemp, who became a household name playing EastEnders hardman Grant Mitchell, was urging Londoners to purchase a poppy from the more than 2,000 Armed Forces personnel, veterans and Poppy Appeal collectors who were out in force across the capital to reach their fundraising goal on Thursday.

He said: “This is such a special day where Londoners get the chance to meet service personnel in person and thank them for all they do for us.

“I hope everyone will really get behind London Poppy Day and help the RBL achieve its target of raising £1 million in a single day.

“The money raised will help the charity continue its vital work supporting members of the Armed Forces Community in need.”

The RBL said they were “grateful to the PM for generously giving up his time to collect with us during the morning rush hour”.

The voice of EastEnders star Shane Ritchie will also be heard across the London Underground network encouraging commuters to take part in a recorded Tannoy announcement.

The RBL launched the annual appeal last week with an installation involving a huge red wall covered in paper flower tributes which tell the stories of those in the armed forces community.

People can support the appeal by buying a poppy, donating at britishlegion.org.uk or taking part in a 5k charity Poppy Run.