Royal Mail to suspend services on day of Queens funeral 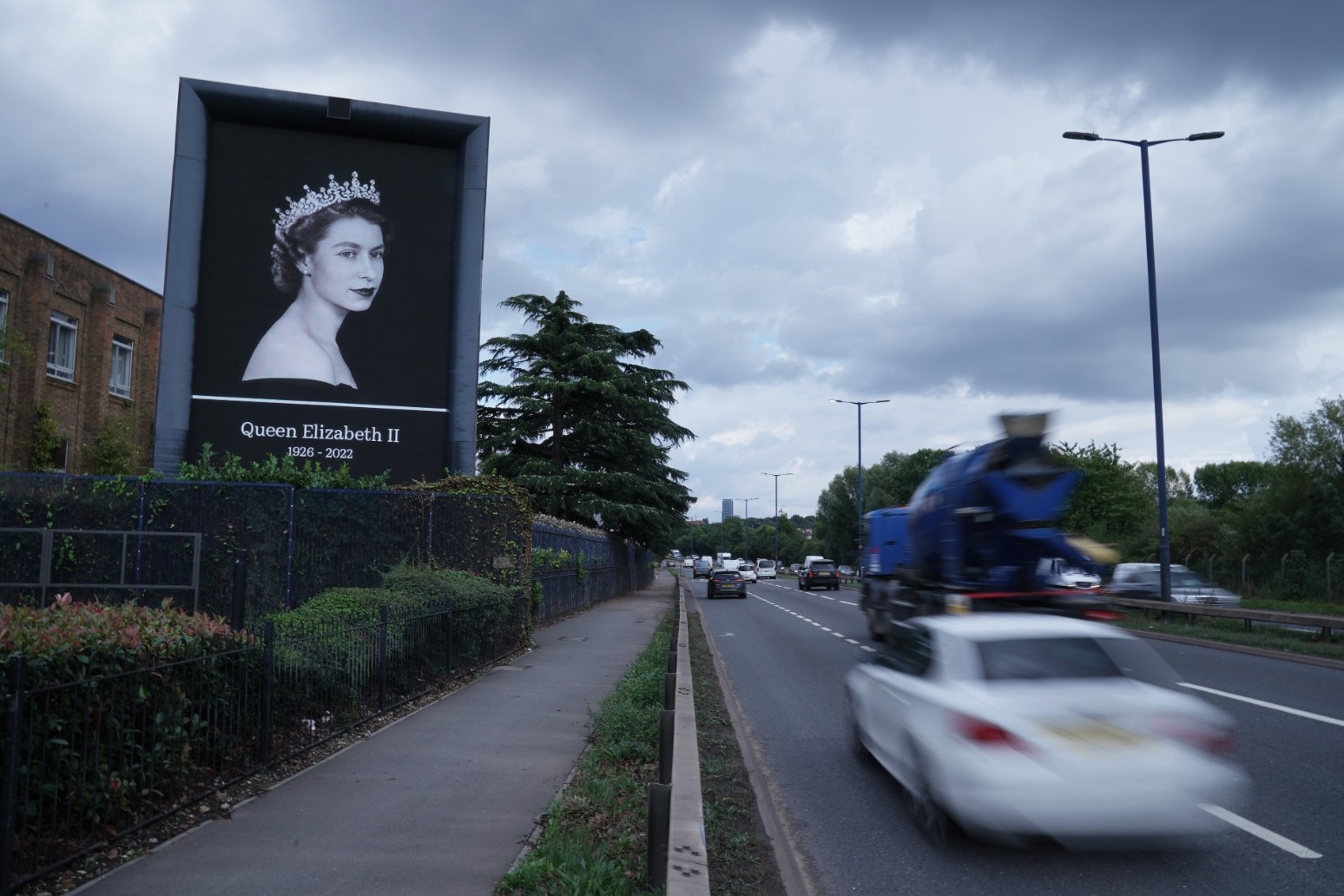 Royal Mail has confirmed it will suspend its services on the day of the Queen’s funeral.

The date of the funeral is yet to be confirmed, but the King on Saturday approved an order to make it a bank holiday.

In a statement, Royal Mail chief executive Simon Thompson said the service would continue to play an “important role” in delivering messages of condolence to the Royal Family.

He said: “We are proud that over the coming days Royal Mail will play an important role delivering messages of condolence from all around the world to the Royal Family.

“We want to make our customers aware that services will be suspended on the day of the funeral as people come together to honour Her Majesty, after 70 years of exemplary service to the nation and the Commonwealth.”

Further details will be available on the Royal Mail website once the date of the funeral and other arrangements have been confirmed.

The relationship between the monarch and the British postal service has been in place for more than 500 years, since King Henry VIII appointed the very first postmaster.

Royal Mail said the Queen continued this close relationship, taking a keen interest in Royal Mail and playing an active role in the selection and approval of stamps.

Meanwhile, retailer John Lewis has also confirmed all its department stores and Waitrose shops will close on the day of the funeral, although a limited number of Waitrose outlets on the yet-to-be confirmed route of the funeral may stay open to serve members of the public in attendance. These shops will be closed during the funeral service.

Andrew Murphy, chief operating officer of the John Lewis Partnership said: “We are deeply saddened by the death of Her Majesty The Queen.

“We are closing our stores on the day of her funeral as a mark of respect, and because we believe this is the right thing to do for our Partners and customers.”