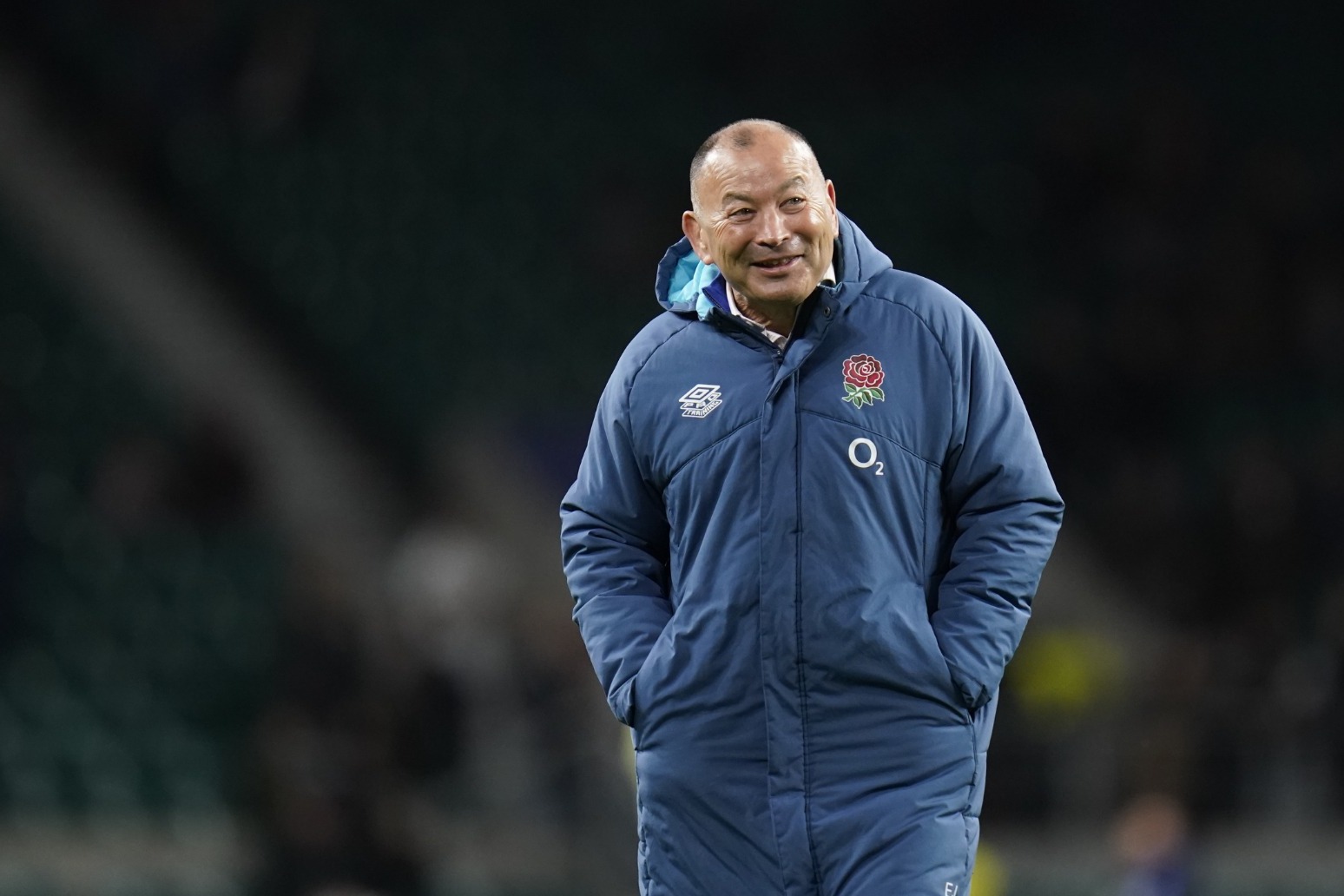 Eddie Jones is unrepentant about prioritising the World Cup as he reflects without regret on his seven-year England reign.

Jones was sacked a fortnight ago in response to England’s worst year of results since 2008 and has now been succeeded by Steve Borthwick, his former coaching protege who guided Leicester to last season’s Gallagher Premiership title.

While six defeats in 12 Tests was a damning statistic that compelled the Rugby Football Union to act, there was also frustration over Jones’ focus on the World Cup at the expensive of immediate success.

“You’ve got to be competitive in the Six Nations, not just every four years at a World Cup,” chief executive Bill Sweeney said on Tuesday.

England have lost three matches in three of their last five Six Nations, finishing fifth in the table on two of those occasions, but Jones insists he was right to concentrate on delivering at France 2023, after which his contract was over.

“There are two views. Of course the next game is important, no one is ever saying it’s not. But also the World Cup is the ultimate trophy,” said Jones, who confirmed he has held talks with other unions over possible roles.

When asked by BBC Radio 4’s Today programme what he would have done differently, Jones replied: “I wouldn’t have done anything differently.

“I was quite confident that we were on the right track leading up to the World Cup and I’m still of that belief. But if others don’t share that, that’s their decision.

“There are always judgements that you reflect back on with the value of hindsight. I thought I was coaching well.

“The thing that pleases me is the number of players who have come out and endorsed that. For players to say that now when they gain nothing from doing that probably reflects that I was coaching pretty well.

“But sometimes the results don’t go your way and you pay for that. I know that as well as anyone so I don’t have any regrets over what I did.

“And it makes me feel a bit sad talking about it because they were a great bunch of boys. They play hard and they train hard and have a lot of pride in playing well for England. I’m sure they’re going to do well under Steve.”

Jones faced a review after a dismal autumn that produced losses to Argentina and South Africa, a draw with New Zealand and victory over Japan.

It was concluded that there was no discernible progress being made and with the World Cup only nine months away, the RFU expedited its plan to place Borthwick in charge with Sweeney stating that “it just didn’t seem to be clicking”.

“I could feel the change in the wind. When you’ve been coaching for a while you feel when your support is starting to wane and I knew we had to have good results in the autumn,” Jones said.

“I just continued coaching as well as I could. We had a plan to be peaking at the World Cup and unfortunately we didn’t get the opportunity to finish that. I felt it was coming.

“The reality is that the review is not really a review of your performance, it’s more of an endorsement of the board’s thought. And they’re quite entitled to make those thoughts, that their job.

“They’re guided by certain ideas and principles and they have certain people who influence them.

“I understand the decision. I don’t have an issue with it. I had a good go but they’ve made their decision that they don’t think I can do the job to the level that they want and I can’t argue with that. I’m in no position to argue with it.

“I’ll move on to do what I’m going to do next and I wish English rugby all the best.”

Sweeny said he would be “amazed” if Jones was not working at the World Cup in France, but the 62-year-old Australian was guarded when asked about his next move.

“I’ve had chats with people in various organisations about the possibility of joining their team in a capacity over the next 24 months,” Jones said.

“I’ve had chats with other federations. I’m not privy to break confidentiality about that.”