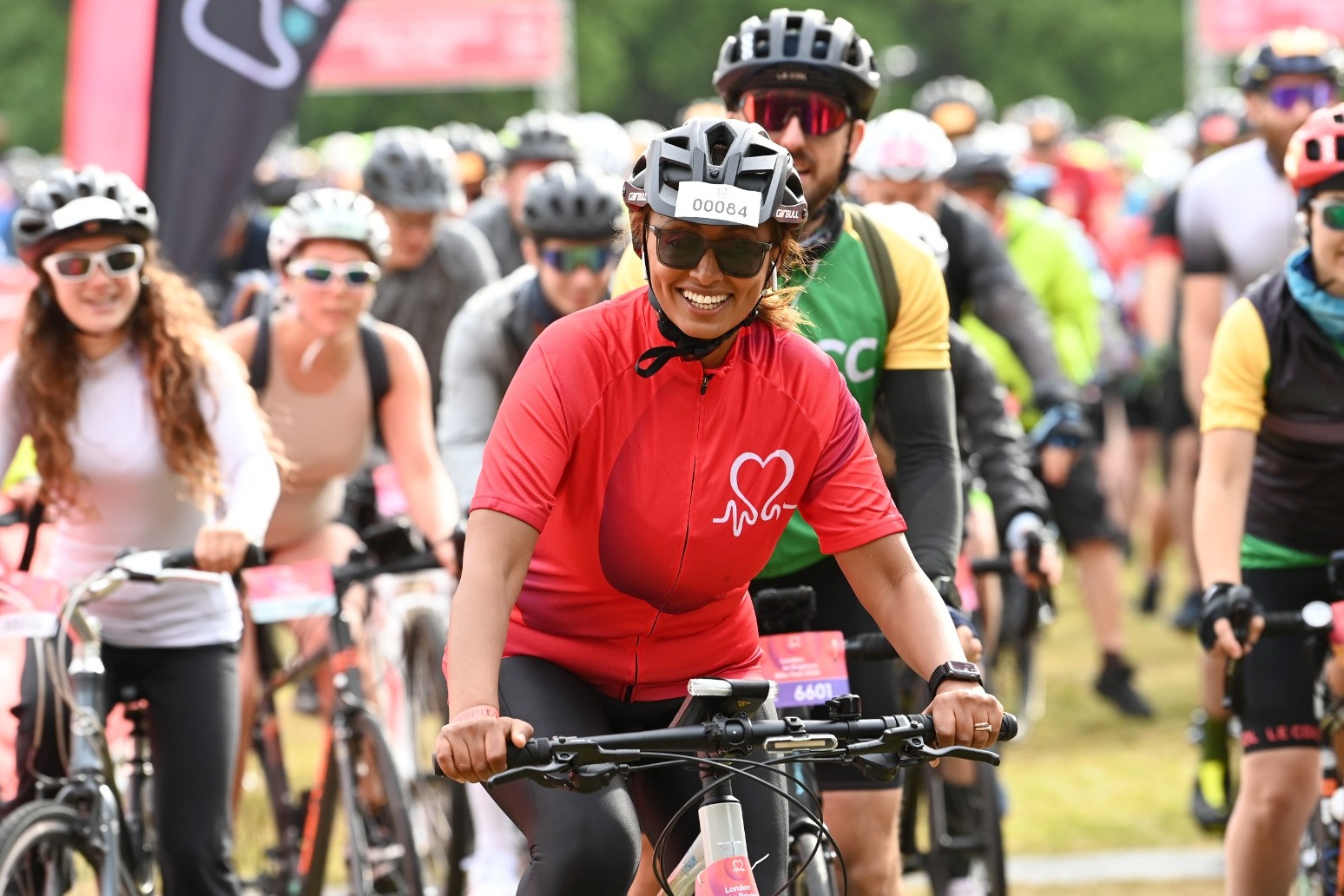 Sadiq Khan has joined tens of thousands of people on a bike ride from London to Brighton to raise money for research into heart and circulatory diseases.

The London Mayor was among 14,000 riders who took on the 54-mile challenge from Clapham Common to the south-east seafront on Sunday.

Money raised by the ride will go to the British Heart Foundation (BHF) to help researchers understand how to better prevent, diagnose, and cure heart and circulatory diseases.

After arriving at the coast, Mr Khan, said: “I was delighted to join 14,000 other cyclists taking on the 54-mile route which took us from my south London home turf, to Brighton’s historic seafront where a fantastic crowd gave us riders a much-needed boost for the final push.

“Most importantly, all the money raised from today’s ride will go towards BHF’s lifesaving research, helping to support the 7.6 million around the country living with heart and circulatory disease.”

The bike ride, which is in its 45th year, has raised more than £70 million for the BHF’s research, despite a two-year break during the coronavirus pandemic.

Jason Cooper, the drummer of British rock band The Cure, was riding in memory of his former drum tech, Paul ‘Ricky’ Welton, who died after suffering a heart attack in 2019.

He said: “It was a fabulous day. The atmosphere was amazing, especially the crowds coming into Brighton cheering us on.

“I am proud to be raising money for the BHF in memory of my great friend Ricky.

“He was a fantastic drum technician, and we shared momentous times together. But more importantly, he was a just a lovely guy and we all miss him dearly.”