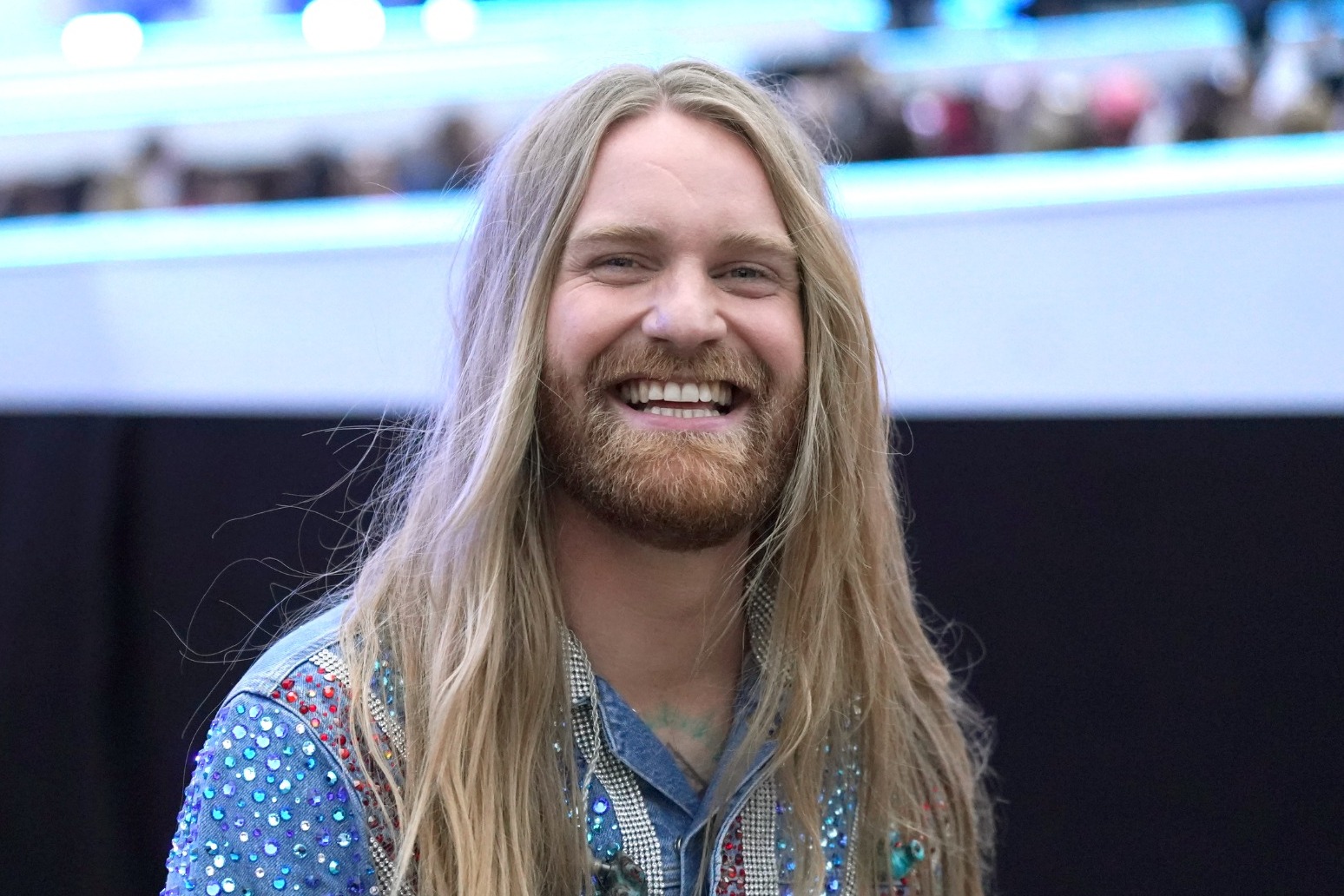 Eurovision runner-up Sam Ryder reminded fans that next year’s competition will still be “Ukraine’s party” following the announcement that it will be held in the UK in 2023.

The British singer said his “heart was heavy” knowing that the world-famous song contest could not be held in Ukraine but was quick to add that the UK would be part of a group of “loving facilitators”.

Organisers, the European Broadcasting Union (EBU), previously decided the event could not be held in war-torn Ukraine following the Russian invasion.

This was despite Ukrainian entry Kalush Orchestra triumphing at this year’s competition in Turin, Italy.

“Hey friends, just a couple of thoughts,” Ryder said in an Instagram video.

“It’s Ukraine’s party, we’re just inviting them to throw it at our house.

“I know how much it meant to Kalush and the Ukrainian delegation that it would be held at home in Ukraine next year.

“I’m not the only one whose heart is heavy knowing that that can’t be the case at this moment in time.

He added: “We know how to throw a party here in the UK and our excitement is outshone only by our focus on that one sole objective to hold space and be on hand to help wherever needed to host an event that celebrates Ukrainian culture, history and music and to stand in solidarity with the rest of the globe shining a unified light.

“The rest of us are just loving facilitators and there is no doubt in my mind that we will all come together in the spirit of unity that Eurovision has always been about to celebrate the wonderful people of Ukraine.”

Ryder’s message comes as several of Britain’s major cities, including London, Manchester, Glasgow, Liverpool and Leeds, threw their hat into the ring to host Eurovision.

The bidding process will begin this week, with the BBC and EBU jointly making the final decision on which city will host.

Any winner would require a large events space, suitable accommodation and international transport links for the competing countries and their delegations.

Mayor of London Sadiq Khan said his city was “ready and willing to step in” with a contest that “celebrates the people of Ukraine and shows off the very best of Britain”.

Manchester City Council’s leader Bev Craig tweeted that the “world class music city” had experience hosting such major events and was “confident we will make it a #eurovision to remember”.

Sheffield City Council was among the first to announce a bid, saying on Twitter: “We’ve told Eurovision we’d love to host… Watch this space.”

South Yorkshire mayor Oliver Coppard said the city was the “obvious choice” because of its international airport and the fact it is twinned with the Ukrainian city of Donetsk.

Leeds City Council added that it made “total sense” for them to host next year as they will be the city of culture for 2023.

Two of Scotland’s largest cities of Glasgow and Aberdeen also announced they will be vying to host the contest in 2023.

A spokesperson for Glasgow City Council said the city is a “safe pair of hands” for the event after hosting Cop26 last November while Scotland’s First Minister Nicola Sturgeon also previously backed the city to host, tweeting: “I can think of a perfect venue on (the) banks of the River Clyde!!”.

Swindon Borough Council also weighed in, saying they were “flattered” to be considered online but they would not be bidding for the honour of hosting duties.

The 2023 competition will be the ninth time Eurovision has taken place in the UK – more than any other country.

Ukraine will automatically qualify for the grand final alongside the so-called big five nations – the UK, France, Germany, Italy and Spain, who each get a free pass because of their financial contributions to the event.

Martin Osterdahl, Eurovision’s executive supervisor, said: “We’re exceptionally grateful that the BBC has accepted to stage the Eurovision Song Contest in the UK in 2023.

“The BBC has taken on hosting duties for other winning countries on four previous occasions.”

In a statement, BBC director-general Tim Davie said: “The BBC is committed to making the event a true reflection of Ukrainian culture alongside showcasing the diversity of British music and creativity.”

UK Culture Secretary Nadine Dorries said: “As hosts, the UK will honour the competition’s spirit and diversity, and, most importantly, ensure it reflects Ukraine’s recent Eurovision victory and Ukrainian creativity.”

This year’s contest in May saw Ryder top the jury vote before Kalush Orchestra went on to win overall following a symbolic show of public support which saw them soar to first place with 631 points.

They had been the frontrunners since Russia’s invasion of Ukraine in February – which prompted organisers to ban the Russian entrant from competing.

It remains unclear whether the BBC will have to fund the contest from its current licence fee allocation or if it will be given further money, although it is in current talks with the Government on the issue.