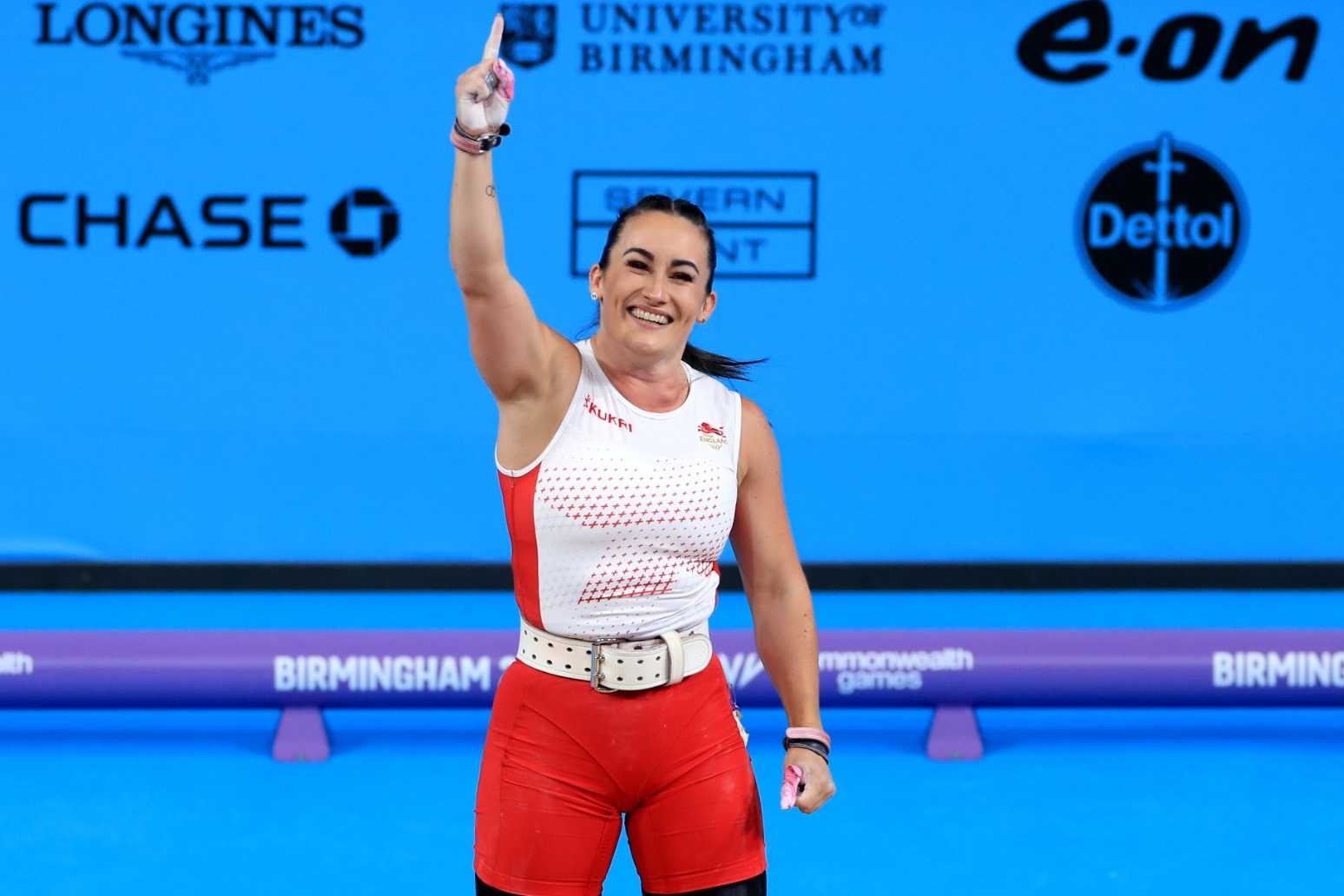 England’s Sarah Davies emerged from a “tough” period in her weightlifting career to end her silver streak and win Commonwealth Games gold in Birmingham.

Davies triumphed in the women’s 71kg final after runners-up spots at European and World Championships, as well as the 2018 Commonwealth Games in Australia.

Victory for the 29-year-old came in her first international competition after she had been deselected from England and Great Britain teams for three months for making comments of a discriminatory nature against a fellow athlete.

“It’s been a tough period, but I’ve learned from it and educated myself,” said Davies, the former Miss Leeds and Miss West Yorkshire who swapped beauty pageants for the world of weightlifting.

“I’ve learned my lesson and we go from there. I used the time (since mid-April) to train myself, as there were no domestic competitions in that period.

“There have been a lot of second places, but the tables have turned now and taking silver is finally over.”

Eze would leave the arena in tears after three no-lifts in the clean and jerk category denied her a medal of any description.

Davies also failed with her first clean and jerk attempt before steadying herself to lift 126kg and relegate Canada’s Alexis Ashworth and India’s Harjinder Kaur to the minor medals.

“I thought I’d make it more of a crowd-pleaser,” Davies said.

“The first one I misjudged a little bit. It pulled me backwards and, when that happens, it sits a little bit heavier on the windpipe.

“The sound reverberated around the room and I lost vision for a little while.

“But it’s happened to me in training before, and it’s just about getting deep breaths and taking your time before you reset.

“The lion in me came out to fight on the second one. I wasn’t leaving it down to the third attempt, I knew it was for glory and that it mattered.

“I knew what had happened before with the Nigerian and I didn’t want to go down that path.”

Bruce successfully completed a 180kg clean and jerk and initially got three green lights for his 183kg attempt, which would have put him into first position. But it was ruled out by the jury because his left elbow was bent.

Vachon’s victory attempt was undone when he dropped the bar after appearing to make a successful lift.