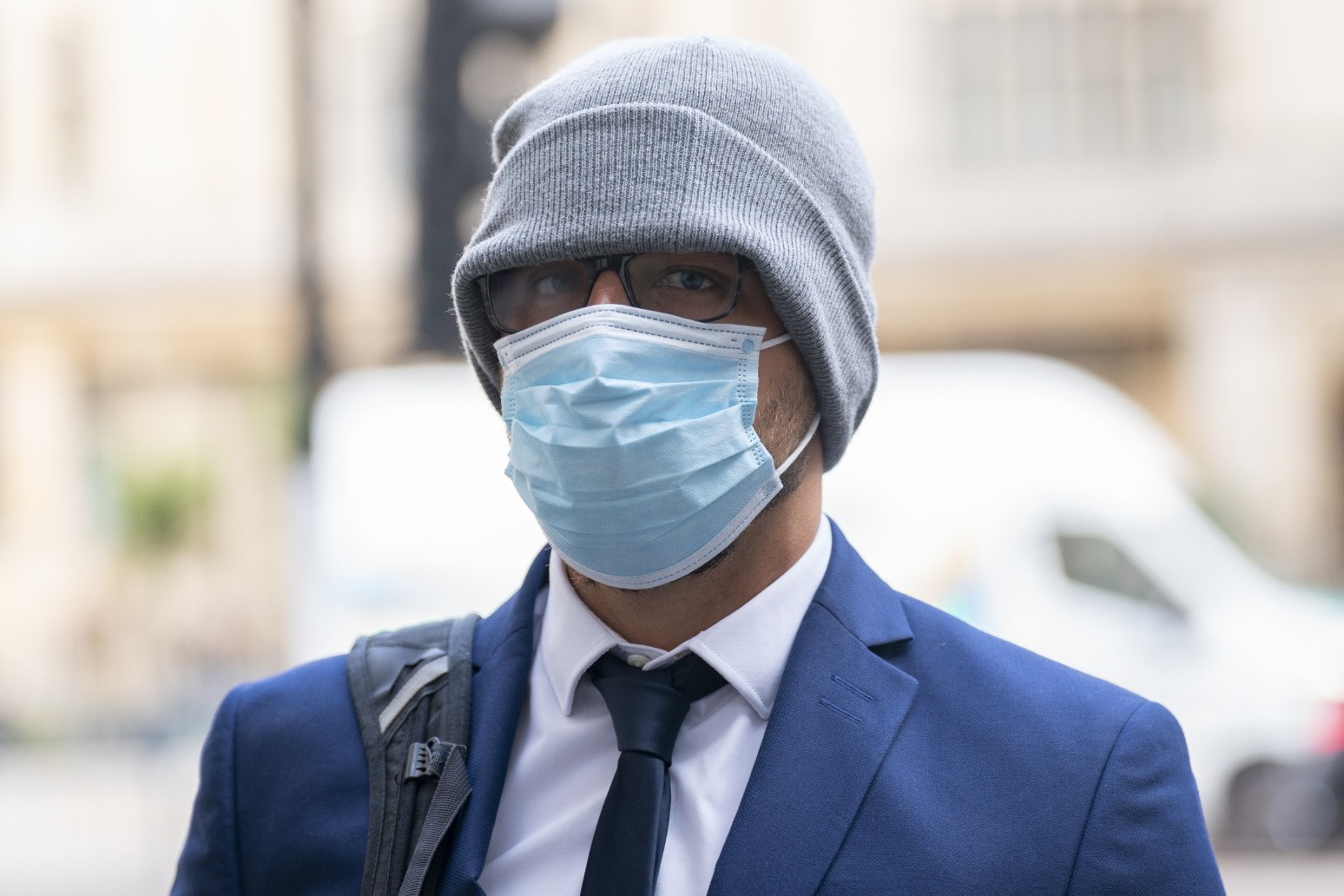 A judge branded comments made by a serving Metropolitan Police officer and a former constable “sickening” and “abhorrent” as they were convicted of sending grossly offensive messages in a WhatsApp group with Sarah Everard’s killer.

Constables William Neville, 34, and Jonathon Cobban, 35, and former Pc Joel Borders, 45, were members of the chat called “Bottle and Stoppers” along with Wayne Couzens.

Neville was cleared of sending grossly offensive messages but his two colleagues were convicted on Wednesday following a trial at Westminster Magistrates’ Court in July.

Borders and Cobban shared what was claimed to be “banter” about tasering children and people with disabilities on April 5, 2019.

The pair also swapped racist messages in which Feltham was referred to as “filthy” and Hounslow as a “Somali shithole” in June of the same year.

In an exchange on April 5 that year, Borders wrote: “I can’t wait to get on guns so I can shoot some c*** in the face!”

Cobban responded: “Me too. I want to taser a cat and a dog to see which reacts better. I think the cat will get more pissed off and the dog will shit. I wanna test this theory. Same with children. Zap zap you little f******.”

Borders replied suggesting adding “downys”, a term the prosecution said referred to people with Down’s syndrome, to the list.

Delivering a verdict at City of London Magistrates’ Court, Judge Sarah Turnock branded the comments “abhorrent” and said Borders “demonstrates an ableist attitude by then adding a disabled person to Cobban’s disgusting list of victims”.

She added: “I can honestly say that I consider it to be sickening to think of a police officer joking about using firearms and tasers in this way.”

On April 25 2019, Borders joked about a female colleague, who he referred to as a “sneaky bitch”, “lead(ing) him on” and “get(ting)” him jailed for raping and beating her.

The language was described by the judge as “misogynistic and aggressive in its nature and is a clear example of victim blaming”.

Giving evidence, each defendant dismissed many of the comments they had made as examples of “dark humour”.

But the judge rejected this account, finding that at the very least the extensive police training they had each received meant they would have been aware of the public reaction to their messages.

Contrary to the defendants’ evidence that their messages about Hounslow had been a “celebration” of the “vibrancy and diversity” of the area, the judge said these showed a “deeply racist attitude”.

Judge Turnock said: “The fact that they chose to share this ‘banter’ within such a small circle of trust on an encrypted platform together with the fact that, based on the character evidence, the messages appear to be starkly at odds with the sense of humour and professionalism which they present to the rest of the world, only serves to strengthen the conclusion that each of the defendants knew that the disclosure of these comments would have caused gross offence to members of the public and the persons to whom these messages relate.

“The WhatsApp group in which these messages were posted appears therefore to have been viewed by the defendants as a safe space, involving a small number of like-minded individuals, in which they had free reign to share controversial and deeply offensive messages without fear of retribution.”

Neville had been accused of “acting out a rape fantasy” following comments he made about restraining a teenage girl, which he referred to as a “struggle snuggle”.

He said in August 2019: “My first call was an urgent assistant, pinned a 15 year old girl going mental to the floor… I knew all the struggle snuggles would come in useful at some point.”

But Judge Turnock found the term referred to a technique learnt during police training, and said the message did not in itself imply the action had been sexually motivated.

“I am unable to accept that it is reasonable to infer from the message in question that William Neville used unreasonable force against the girl in question or that his actions were in any way sexually motivated,” she said.

Prosecutors also argued that Neville had made Islamophobic remarks in response to a message from Cobban about a mosque, to which Neville replied: “Useful if you need to execute a warrant, you’ll know where they are.”

But the judge said that while the thread had been “in extremely bad taste and offensive in its nature” it did not meet the threshold for gross offensiveness.

Neville smiled as he was cleared of both counts against him and allowed to leave the dock.

Borders kept his eyes fixed on the ceiling as the judgment was delivered and Cobban remained expressionless.

The pair will be sentenced at Westminster Magistrates’ Court on November 2.

“Social media cannot be a hiding place for these types of views,” he said.

“Behaviour of this nature seriously undermines public confidence in policing. It is part of our role, and for police forces themselves, to ensure that it is rooted out and those responsible are held to account for their actions.”

The watchdog added that it will be for the force to progress disciplinary matters now the criminal case has ended.

The Met apologised for the pair’s behaviour and promised to progress internal misconduct proceedings “without delay”.

Commander Jon Savell said: “The behaviour of these officers is despicable and I condemn them for sending such grossly offensive and repulsive messages. It is staggering that they regard this language as defensible.

“We expect our officers to have the highest standards of conduct. We are determined to rid this organisation of those who corrupt its integrity, and are increasing our efforts to do that more quickly.

“I am deeply sorry these officers have let down the public, and their Met colleagues.”

Rosemary Ainslie, head of the Crown Prosecution Service (CPS) Special Crime Division, vowed such offences will always be dealt with by the CPS robustly, adding: “It is incomprehensible that serving police officers could think it was right to share these kinds of grossly offensive messages with others.

“By these verdicts, the court has agreed that they were not just shocking or disturbing banter, but they amounted to criminal offences.”