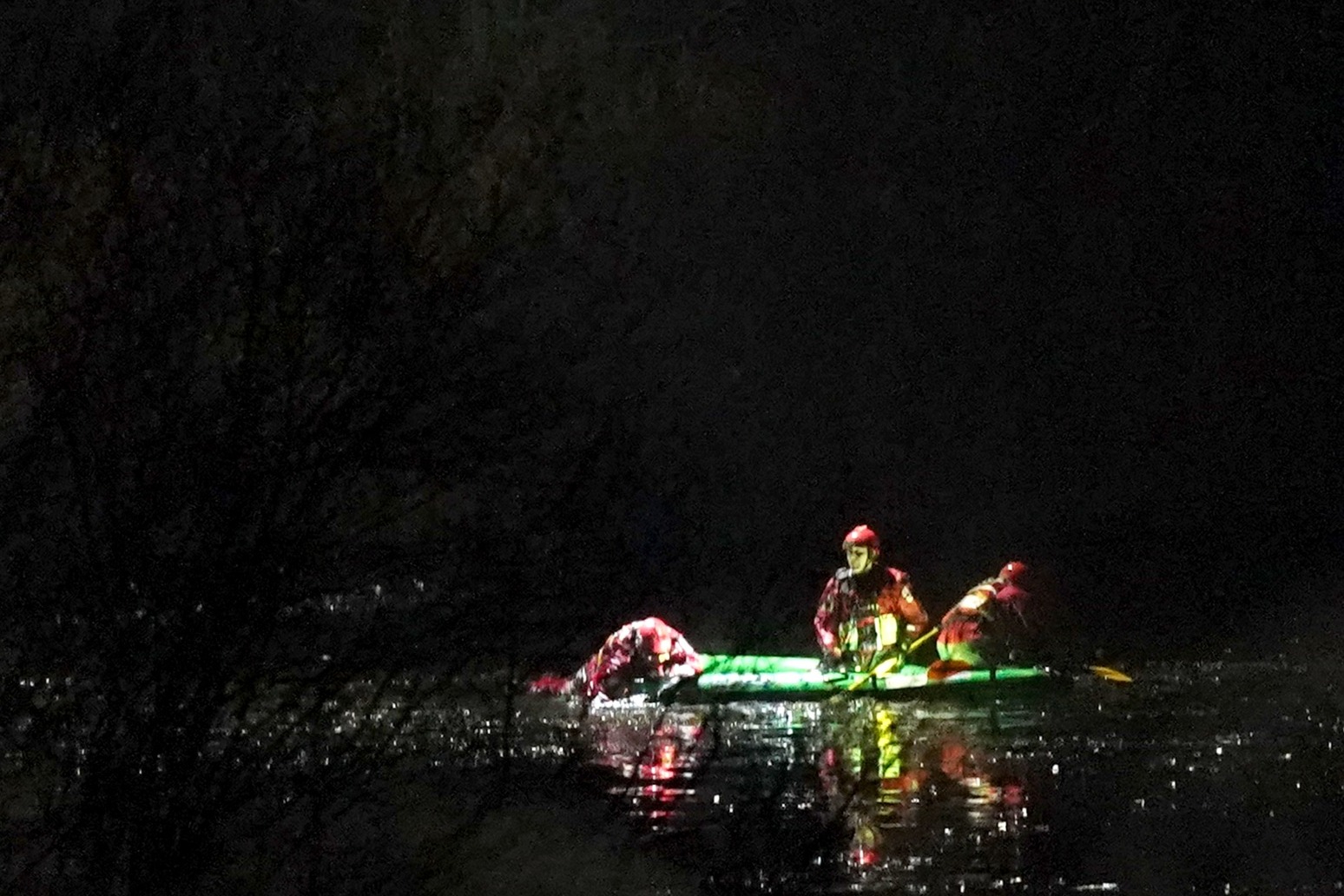 Several people, who appeared to have been playing on the ice on a lake in Solihull before falling through, are believed to be in a critical condition after being pulled from the water by emergency services.

The fire service said reports from the scene and videos on social media indicate that people had been playing on the ice and had fallen through.

It added that specialist water rescue teams have carried out rescues and casualties received medical support at the scene before being taken to nearby hospitals.

The incident is still a search and rescue operation, the fire service said.

Photos from the scene show search teams on a boat on the lake shining torches into the water.

“We would ask people to allow emergency services at the scene to go about their work in a safe and effective way,” it said in a statement.

“We will release further details when appropriate with our fellow blue-light partners.”

West Midlands Police earlier tweeted that emergency services are at the scene of a “serious incident”, where a “number of people” have been pulled from the lake and are believed to be in a critical condition.

The force tweeted: “We are currently at the scene of a serious incident at Babbs Mill Park, Fordbridge Road, #Kingshurst, #Solihull.

“A number of people have been pulled from a lake and are being transported to hospital. They are believed to be in a critical condition.

“We are working with @WestMidsFire and @OFFICIALWMAS at the scene and will provide further updates in due course.”

Babbs Mill Park is a local nature reserve with a lake, river, wildflower grasslands and woodlands.