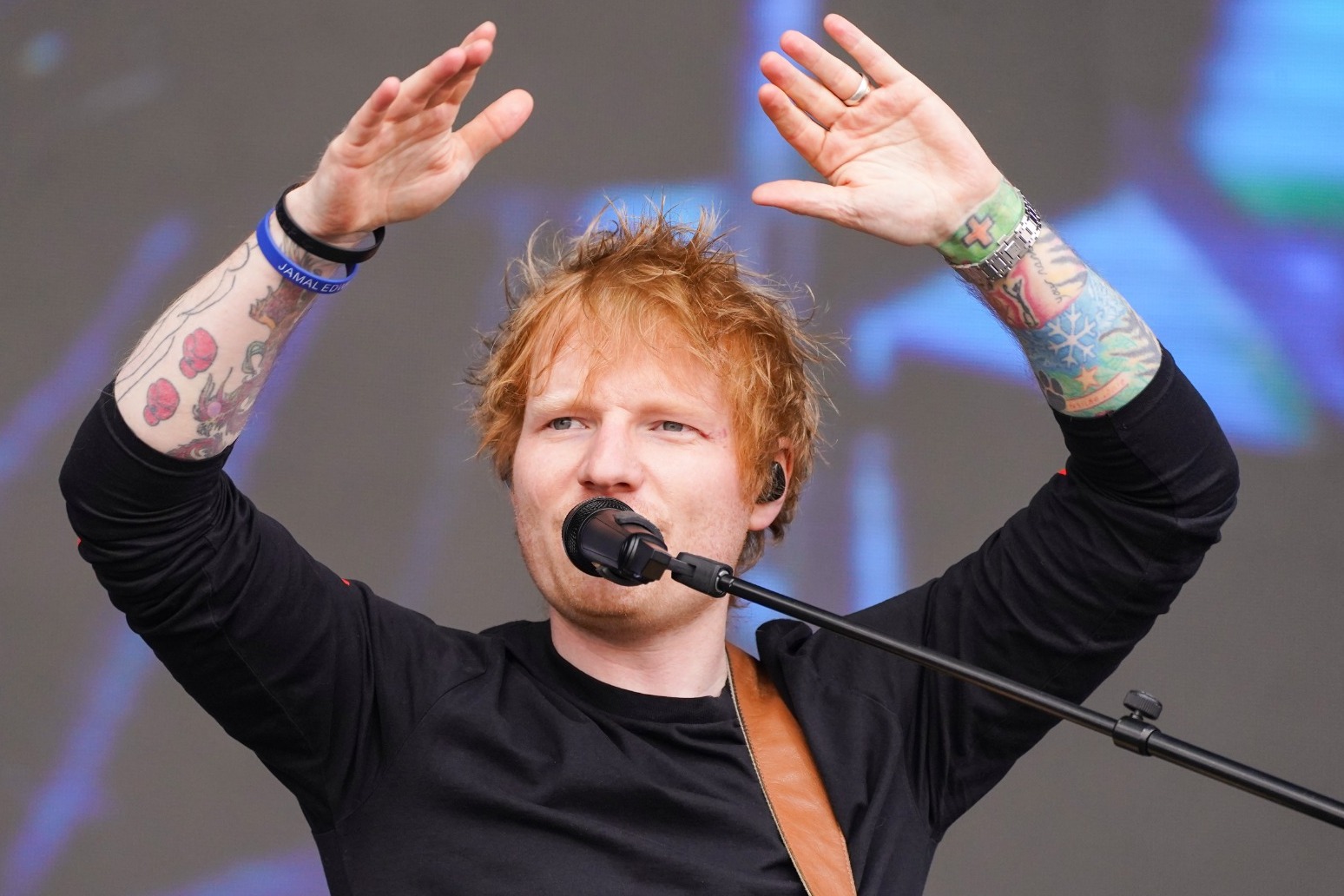 Ed Sheeran said he is “delighted” to become the first artist to have four albums stay in the top 10 of the UK charts for a year.

Official Charts Company confirmed on Wednesday that the 31-year-old singer-songwriter’s latest album Equals has now spent 52 weeks in the top 10.

Sheeran told OfficialCharts.com: “(I am) delighted to find out that four of my albums have spent a year or more in the UK top 10.

“Thank you to my wonderful fans for making this possible, you’re the best.”

This follows the similar success of Sheeran’s other albums Plus, Multiply and Divide – meaning he has broken this latest album chart record.

Equals is also Sheeran’s fifth consecutive UK number one album and contains the number one singles Bad Habits and Shivers.

Sheeran also now has 13 number one singles, which is less than The Beatles on 17 and Elvis Presley on 21.

Sheeran also told his Instagram followers on Wednesday: “Shivers has hit a billion streams on Spotify

“My 11th as an artist and 15th as a writer, thank you so so much for streaming it. See you next year for a new album x.”

He is the first artist to claim both accolades in two different years, according to annual charts compiled by music licensing company Phonographic Performance Limited (PPL).

He previously did the double in 2017 with the release of his album Divide and hit single Shape Of You.