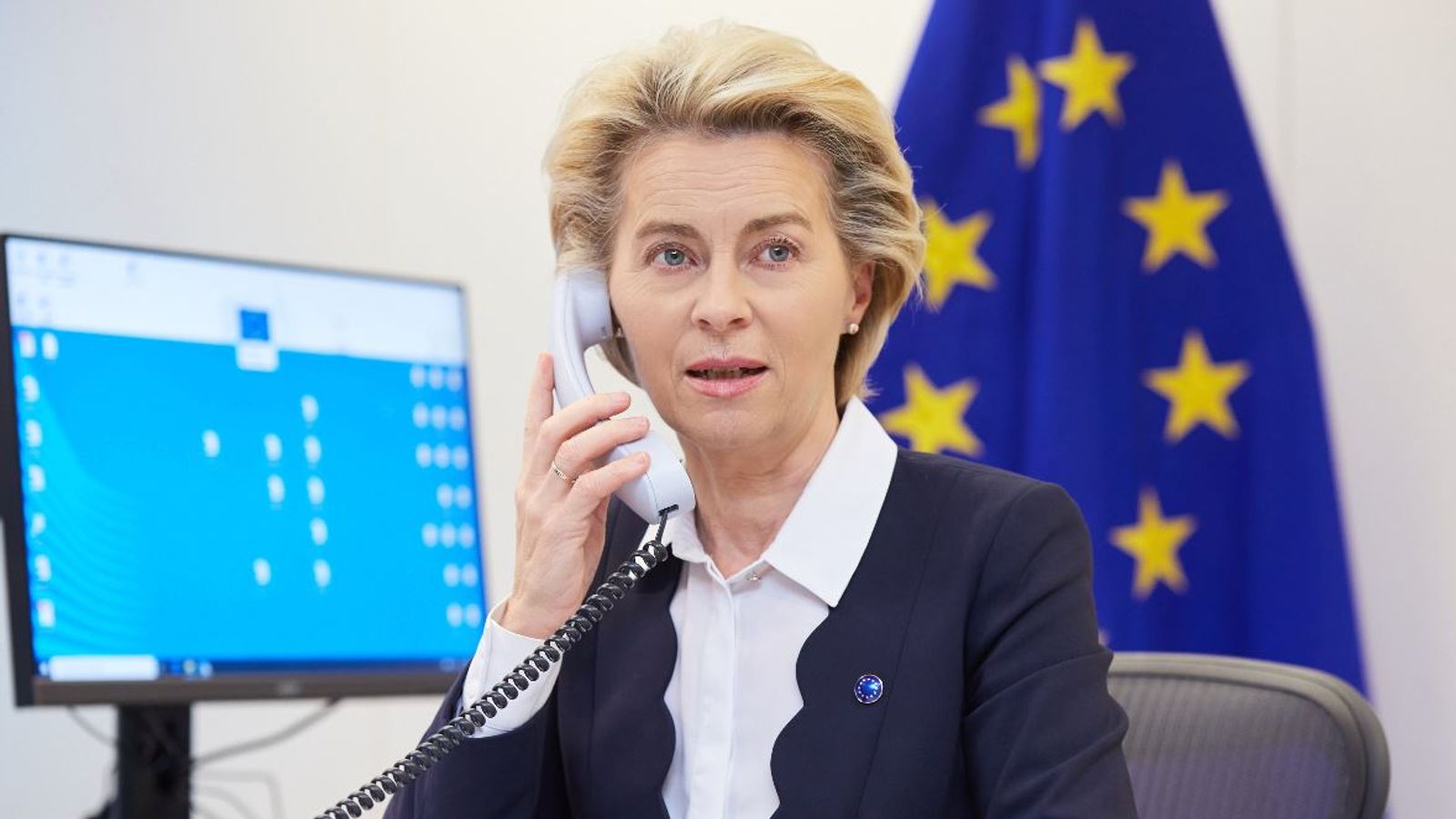 “Significant gaps remain” between the UK and the EU as Brexit talks continue, the European Commission’s president said, but talks will continue in an attempt to strike a deal.

On Twitter, Ursula von der Leyen said she has had a “good phone call” with Boris Johnson during which they discussed how negotiations have been progressing so far.

The pair spoke via video conference and said afterwards they have told their chief negotiators to continue to push “intensively” to strike a post-Brexit trade agreement.

A joint statement issued by Ms von der Leyen and Mr Johnson added: “They agreed on the importance of finding an agreement, if at all possible, as a strong basis for a strategic EU-UK relationship in future.

“They endorsed the assessment of both chief negotiators that progress had been made in recent weeks but that significant gaps remained, notably but not only in the areas of fisheries, the level playing field, and governance.

“They instructed their chief negotiators to work intensively in order to try to bridge those gaps.

“They agreed to speak on a regular basis on this issue.”

The talks that took place last week were said to be the final scheduled round before the prime minister’s deadline for securing a deal of the EU Council meeting on 15 October – a date that is only 12 days away.

With this in mind, Mr Johnson and the EC president have now tasked chief negotiators, Britain’s Lord Frost and the EU’s Michel Barnier with getting back together and pushing to strike a deal before time runs out.

Lord Frost said that the joint statement issued by the PM’s office instructs him and Mr Barnier to work intensively to bridge the gap between them and that they would begin as soon as they could.

Reuters reported that more trade talks are due in London next week and in Brussels the following week before the 27 national EU leaders meet to assess progress.

An estimated trillion euros worth of annual trade are at stake if they fail to reach a deal.

The EU says it will not implement any agreement if London undermines the earlier Brexit divorce treaty with its draft Internal Market Bill.

Trump 'is doing very well' as he is treated in hospital for COVID-19, doctor says