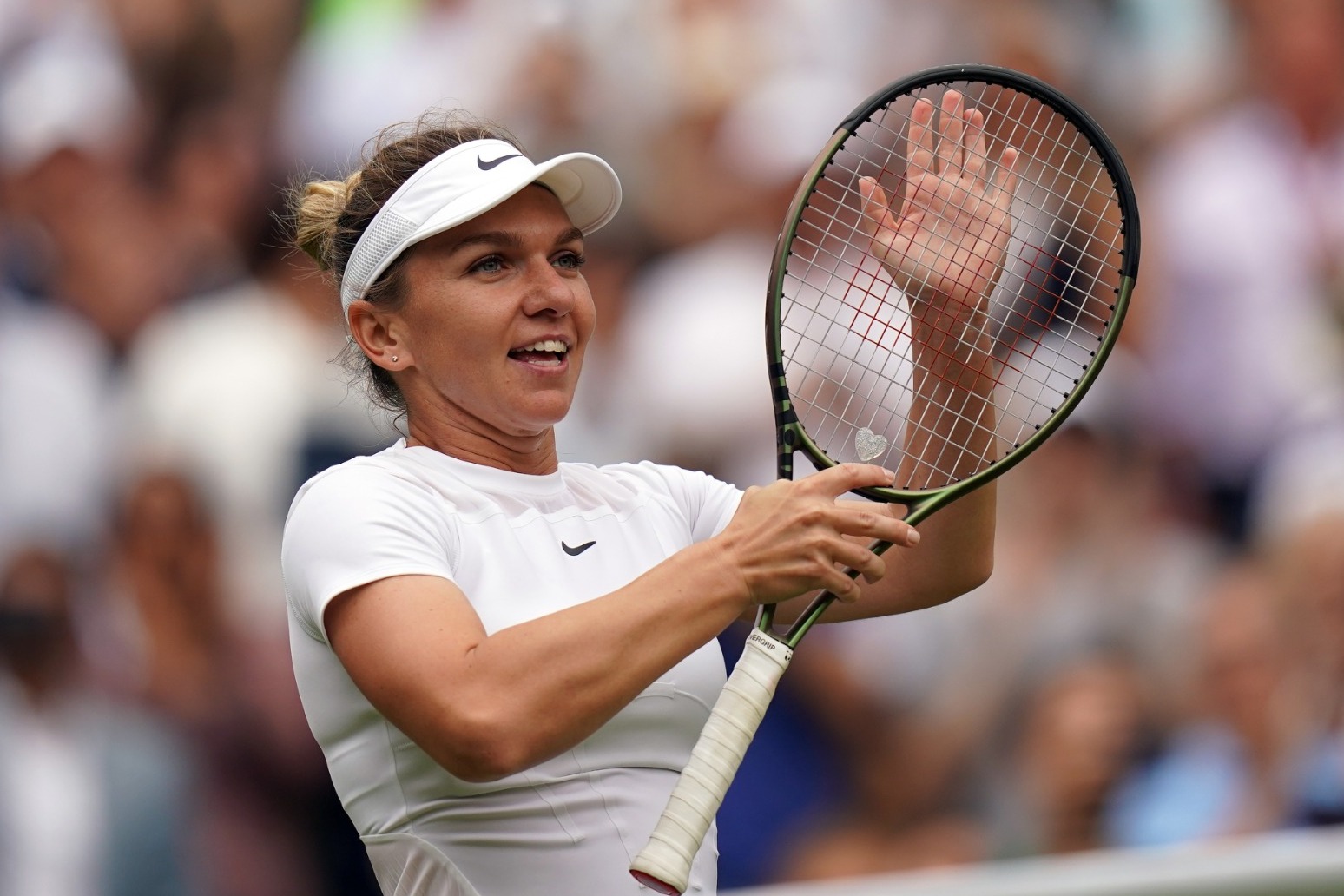 Simona Halep extended her winning streak at Wimbledon to 12 matches by beating Amanda Anisimova in straight sets to reach the semi-finals at the All England Club for a third time.

The former world number one triumphed in SW19 three years ago but has endured a rocky road since and failed to defend her title in 2021 due to a calf injury.

Form and fitness have been hard to come by for the Romanian, who suffered a panic attack at the French Open in May to highlight her ongoing struggles.

Grass has always been good to Halep though, and the confidence appears to be flowing once again following a 6-2 6-4 win over a player 10 years her junior.

An early double-fault by the two-time grand slam champion was quickly put to bed when she broke Anisimova in the third game of the match.

World number 25 Anisimova had downed Coco Gauff on her way to the last eight but struggled to handle the hitting of her more experienced opponent.

Halep was lasting the distance in the longer rallies and claimed the opening set in half an hour.

A first ace of the match for Halep was followed by another early break, with two backhand winners rushing into the net giving the 16th seed the upper-hand at the start of the second.

More unforced errors by Anisimova saw Halep move one game away from a third semi-final appearance at the All England Club but the American was suddenly revitalised by the backing of the Centre Court crowd.

A super forehand winner helped the 20-year-old to a key hold and when she broke Halep for the first time, the last-four tie threatened to extend into a second hour.

While Anisimova would hold once more, Halep showed her composure to rattle off five points in a row at 0-40 down before she claimed victory with her first match point.

“Definitely, I play the best tennis, I struggle a lot last year and now I try to build my confidence back,” the world number 18 said on-court.

“I am very emotional right now because it means a lot to be back in (the) semis.

“I played a tough opponent today and she can crash the ball. I didn’t know what to do but I believed in myself and said I had to stay strong in my legs. They helped me today and I believed I could win.”