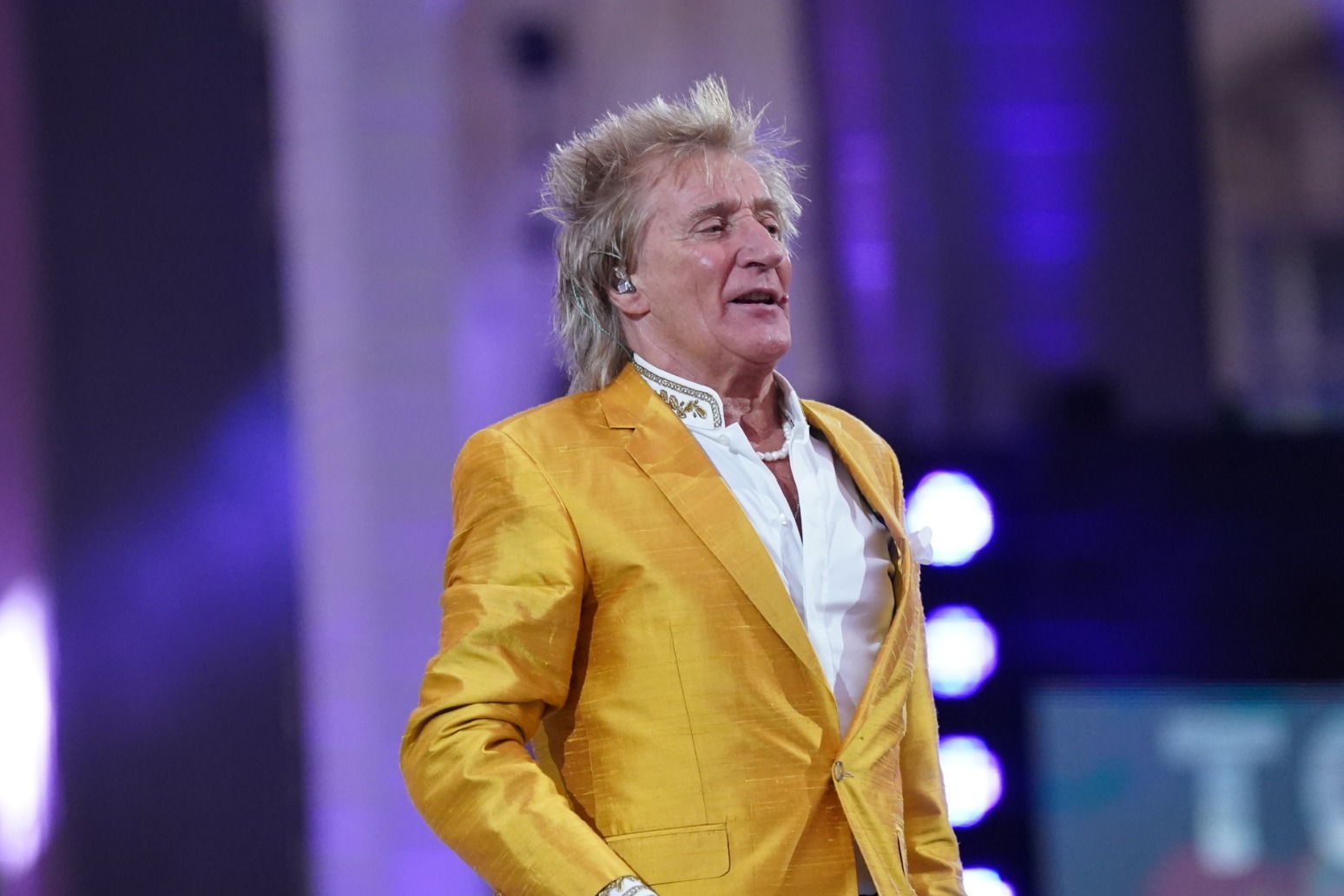 Sir Rod Stewart has said he will dedicate an anti-war song to Ukraine during his upcoming tour as he feels the conflict is “beyond belief now”.

The veteran singer-songwriter, 77, recently revealed he has been supporting a family of seven Ukrainian refugees by renting them a home and paying their bills.

Sir Rod said he broke his usual stance of not discussing his charitable work as he wanted to inspire others to help those in the war-torn country.

The singer told the PA news agency he will perform his 1991 hit Rhythm Of My Heart, which he described as an “anti-war song”, during the tour which kicks off in Nottingham on November 16.

“I dedicate that to the Ukrainians, and we bring up a Ukrainian flag and Zelensky (on the big screen),” he said.

Reflecting on how he plans to address the conflict, he added: “I use some vulgar words when describing Putin.

“And I try and say, ‘Listen this is not the Russian people’s fault’. A lot of people have been arrested and put in prison.

“This is a man and his regime so don’t blame all Russians. I’ve been to Russia many times and I’ve found the most friendly people on earth, I really have. So it’s not their fault, it’s this asshole.”

Sir Rod said he and his wife Penny Lancaster were inspired to take action after witnessing events of the war on the news.

“When the war started, in this household we were shocked beyond shock. Because I was born just after the war and so my family came through the Second World War, and to see another ground war with tanks, I never thought we’d say the day, it was just shocking and it’s just beyond belief now.”

After the war broke out, the singer and his family hired three trucks filled with supplies and had them driven to the border of Ukraine, before using the same vehicles to transport a group of refugees to safety in Berlin.

He said his family member Warren Cady had been “instrumental” in helping to organise the project and the home for the Ukrainian couple Rostylsav and Olena and their five children.

Sir Rod said he hopes that being vocal about these actions can inspire others to help in whatever way they can.

“I’m a knight, I’ve got to do something and I hope other people follow. My charitable work in the future will be quiet but I just wanted somebody else to pick up the flag and maybe rent a house for someone.”

He was knighted in the Queen’s 2016 birthday honours for services to music and charity.

The rocker said it has been “an honour to have entertained the British public since I was 19” but confirmed the upcoming shows will be the last time he plans to play his classic songs on tour.

Asked whether he still enjoyed touring after decades on the road, he told PA: “I love it but this will be the last go around.

“I can’t imagine I’m going to play in certain cities again doing these songs. So the end of next year I’m going to stop.”

He underlined that he is not retiring but he plans to focus on US classics from the Great American Songbook and his forthcoming album with Jools Holland of swing music.

The singer admitted it will be difficult to move on from his classic hits but jokingly added: “I don’t want to be singing Hot Legs when I’m 84. I said that when I was in my 30s about my 60s and I’m still singing it.”

Sir Rod and Lancaster are close friends of the new King, with the singer performing for the royal family on many occasions including the Platinum Jubilee concert in June for the late Queen.

The singer said he would be “honoured” to sing for Charles again, potentially at his coronation, but feels it will be a less lavish affair this time.

“I think they’re going to make it something very simple this time and I think that’s admirable, I think with the way the economy is in Great Britain, I think it would be somewhat foolish to see lavish expenses on a coronation”, he said.

He added that he wants the King to enjoy his time on the throne, saying: “He’s had a long apprenticeship and I don’t think William should take over just yet.

Next month will see Sir Rod kick off a string of UK arena dates, playing in cities including Nottingham, Aberdeen, Glasgow, Belfast, London, Birmingham and Manchester.